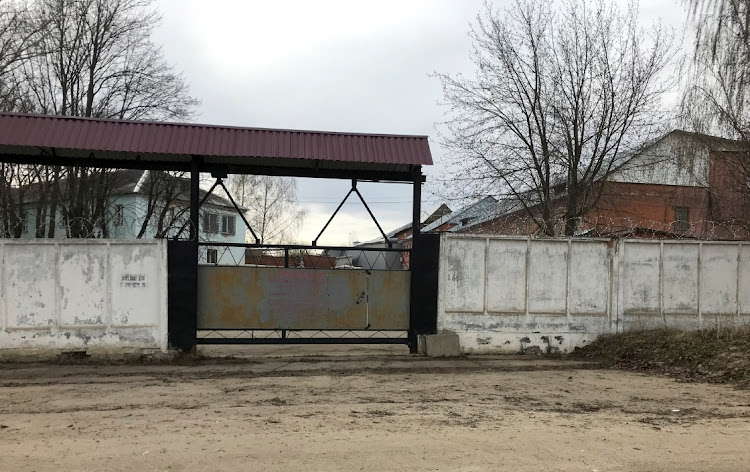 An exterior of the prison that houses a hospital where jailed Kremlin critic Alexei Navalny was reportedly transferred, in Vladimir, Russia, April 19 2021. Picture: ALEXANDER RESHETNIKOV/REUTERS

Vladimir — Russian opposition leader Alexei Navalny has been transferred to a prison hospital, supporters and Russia’s prison authority said on Monday, 20 days into a hunger strike that has led to an outcry by western states.

Navalny's lawyer Alexei Liptser said after visiting him in the hospital in the city of Vladimir, east of Moscow, that his health was deteriorating and he had again been denied access to his own doctors.

“All the symptoms that he had before, they remain the same. Numbness in the arms and legs, back pain — they aren't going away.... The situation is only getting worse,” Liptser said.

Russia's prison service said Navalny, 44, was in a “satisfactory” state and he was being given “vitamin therapy” with his consent.

The Kremlin said it did not have information on Navalny's condition and it was not the role of President Vladimir Putin to monitor the health of prisoners.

Navalny's case has further isolated Moscow at a time when the Biden administration has announced tougher economic sanctions and the Czech Republic, a member of Nato and the EU, has expelled Russian embassy staff, accusing Moscow of a role in deadly 2014 explosions at an arms storage depot.

Liptser said Navalny looked weak and thinner. He said he had been searched for two hours on arrival at the penal colony. “All that naturally has a negative effect on a starving man who already had no strength.”

Navalny ally Leonid Volkov said the transfer had taken place on Sunday, without the politician's supporters being informed.

Ivan Zhdanov, head of Navalny's Anti-Corruption Foundation, said on Twitter the move “can only be understood to mean Navalny's condition has worsened, and worsened in such a way that even the torturer admits it”.

The Navalny camp plans mass countrywide demonstrations on Wednesday from Kaliningrad in Russia's far west to Vladivostok on its Pacific coast.

Russian authorities, who have broken up previous allies and arrested thousands of people, said the planned protests were illegal and warned people not to take to the streets.

Navalny, an anti-corruption campaigner who has catalogued the vast wealth accumulated by senior Russian officials he brands “swindlers and thieves”, is serving a two-and-a-half-year sentence on old embezzlement charges he calls trumped up.

He was arrested on his return to Russia in January after treatment in Germany for what German authorities say was poisoning in Russia with a banned nerve agent. He and Western governments called this an attempted assassination. The Kremlin denies any blame.

Navalny went on hunger strike on March 31 to protest against what he said was the refusal of prison authorities to provide him with treatment for leg and back pain. Russia says he has been treated well and is exaggerating illness to gain attention.

The US imposed new sanctions on Russia last Thursday over alleged malign actions, denied by Moscow, including interference in the 2020 presidential election, cyberhacking and bullying of neighbouring Ukraine.

Russia replied with sanctions of its own a day later.

US national security adviser Jake Sullivan said on Sunday that Washington had told Moscow “there will be consequences” if Navalny dies in prison, but did not mention specifics.

The Kremlin said on Monday it would retaliate for any further sanctions and rejected foreign countries' statements on the Navalny case. “The state of health of those convicted and jailed on Russian territory cannot and should not be a theme of their interest,” spokesperson Dmitry Peskov said.

Moscow has largely shrugged off international pressure since becoming a pariah to the West in 2014 when it seized Ukraine's Crimea peninsula and backed an insurgency in eastern Ukraine.

But the arrival of a new administration in Washington in January could change the calculus if Biden presses ahead with tougher sanctions than under former president Donald Trump.

Though Russia-US relations are at a post-Cold War low, the two sides are still talking.

Sullivan and his Russian counterpart Nikolai Patrushev spoke by phone on Monday, touching on the possibility of a summit that Biden has proposed to Putin. The Kremlin said Putin would take part in a separate online climate summit that Biden is hosting on Thursday.

Moscow expelled 20 Czech diplomats on Sunday in retaliation for the Czech Republic kicking out 18 Russians, after Prague accused Russia of a role in the arms depot blasts. The Czech Republic said on Monday Moscow's decision to expel more Czechs than the number of Russians expelled by Prague was unexpected, and it called for a show of support from European allies.

The arms depot explosions in October and December 2014 came as Nato considered transferring Czech arms to Ukraine to help it fight Russian-backed separatists. Two people were found dead at the depot after the initial blast.

Prague said it had learnt that two Russian agents, later accused by Britain of poisoning a former Russian spy in England, were in the Czech Republic at the time of the blasts. The Kremlin has denied any role.

‘Alexei is dying now. Given his condition, it’s a matter of days,’ the anti-Putin activist’s spokesperson says on Facebook
World
3 weeks ago

Alexei Navalny supporters want proof he is healthy as no-one is allowed to see ...

Alexei Navalny supporters want proof he is healthy as no-one is allowed to see ...