It’s the bank’s first decision since the hawkish former governor was fired, which sparked a market sell-off 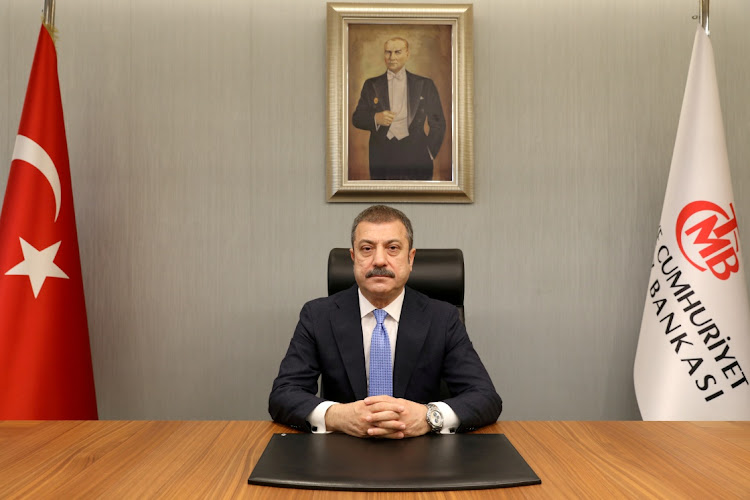 Istanbul — Turkey’s central bank held rates steady at 19%, as expected, on Thursday and dropped a pledge to tighten policy further if needed, in its first decision since President Recep Tayyip Erdoğan fired the hawkish former governor and sparked a market sell-off.

In a statement, the bank also ditched March’s pledge to “decisively” maintain a tight monetary policy “for an extended period” to address inflation, which has risen above 16% and been in double-digits for most of the past four years.

The lira slipped as much as 0.7% to 8.125 against the dollar after the bank under new governor Şahap Kavcıoğlu replaced the hawkish guidance with a softer assessment of risks to inflation that analysts said signalled interest rate cuts are on the way.

But Kavcıoğlu — who had previously criticised Ağbal’s rate hikes — has since promised no abrupt changes. Those assurances, as well as the more-than 10% lira sell-off, has convinced analysts that policy will remain steady for now.

The central bank said it maintained a tight stance in the face of lofty inflation expectations, adding rates would remain above inflation until it is clear that price pressure is easing.

“Any daylight they see, they are going to want to cut rates. Holding them here is just an acknowledgment they can’t get away with it for now,” he said.

In a Reuters poll, most economists had predicted no change to the one-week policy rate this week, but saw easing from around the middle of the year, to settle at 15% by year-end.

Last month, the central bank under Ağbal raised rates by a more-than-expected 200 basis points to levels last touched in mid-2019 to dampen inflation and support the currency.

Before taking the job, Kavcıoğlu had said such a policy was wrong for Turkey and also espoused Erdoğan’s unorthodox view that high rates cause inflation. Erdoğan has repeatedly called for monetary stimulus to help the economy rebound. He has fired three bank chiefs in two years, eroding monetary credibility.

The lira plunged 15% immediately after Ağbal’s dismissal in March before a rebound, and foreign investors dumped the most bonds and stocks in 15 years over the following week.

Depreciation boosts inflation via imports, delaying any rate cut plans, analysts say. Inflation is expected to reach as much as 19% before mid-year. Yet few analysts see another rate hike given Erdoğan’s repeated calls for stimulus — including one this month for single-digit rates.

The change in tone under Kavcıoğlu reflects “preparation being made to cut the policy rate”, said Haluk Bürümcekçi of Istanbul-based Bürümcekçi Consulting.

Ratings agencies say premature easing could again hammer the lira and raise risks of a balance-of-payments crisis given Turkey’s depleted forex reserves and its $160bn in short-term foreign debt.

Citing sources, it has been reported that Erdoğan ousted Ağbal in part because he was uncomfortable with the bank’s investigation into some $128bn in forex sales undertaken during his son-in-law Berat Albayrak’s stint as finance minister.

Naci Agbal was far too independent for Turkish president's liking, and his rates hike is said to have been the last straw
World
1 month ago

Things you don’t miss until they’re gone: an independent central bank
Opinion
1 month ago
Next Article