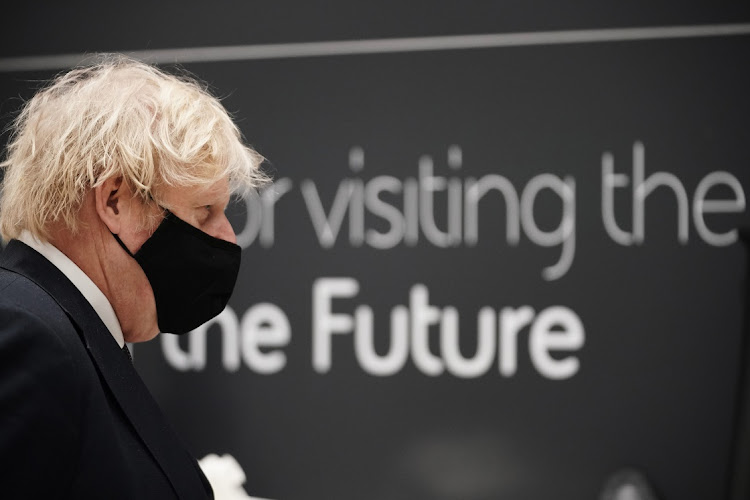 UK Prime Minister Boris Johnson said the results of an inquiry he ordered into how the now insolvent Greensill Capital secured UK government contracts should be published “quickly” and presented to parliament.

Johnson’s government announced the probe on Monday, appointing corporate lawyer Nigel Boardman to examine how Greensill’s supply chain finance contracts work and how its officials engaged with ministers. That is likely to include lobbying by former Prime Minister David Cameron and any role played by the company’s founder, Lex Greensill.

“I’d like it be done quickly, but I’d like him to have the maximum possible access and that of course will be presented to parliament in due course,” Johnson said in a pooled broadcast interview on Tuesday, referring to Boardman. “I think people have got questions that need to satisfy themselves on — including me —  about how this supply chain finance stuff is meant to work.”

By commissioning an inquiry, Johnson is trying to draw a line under a crisis that’s seen ministers come under fire for their interactions with Cameron, and his ruling Conservative Party accused of cronyism.

It’s also the latest twist in the relationship between Johnson and Cameron that’s had a profound influence on their careers. Both went to the prestigious Eton College and then Oxford University. Speculation about Johnson’s own leadership ambitions dogged Cameron’s premiership, and the two men took opposing sides in the Brexit debate — a decision that ultimately helped propel Johnson into Downing Street and Cameron out of office.

Cameron’s lobbying on the part of Greensill, with whom his own administration maintained close ties, now risks embarrassing Johnson’s government.

The treasury has acknowledged that Cameron privately approached chancellor of the exchequer Rishi Sunak and two junior ministers in his department to lobby for Greensill to gain access to government Covid-19 support programmes in 2020. The government says Sunak acted within the rules and correctly referred Cameron to officials in his department.

The opposition Labour Party called on Sunak to explain his actions to the House of Commons. Instead, the government will send junior business minister Paul Scully to take questions.

“The chancellor can’t keep ducking scrutiny of his decision to put hundreds of millions of pounds of taxpayer money in the hands of an unregulated lending firm with links to a former Conservative PM,” Labour’s shadow chancellor Anneliese Dodds said in a statement. “Public money was put at risk by the Conservatives’ crony connections to Greensill Capital.”

At the weekend, The Sunday Times reported that Cameron arranged a private meeting with health secretary Matthew Hancock, after which a Greensill payment program was used in the National Health Service. A person familiar with the matter said there was no impropriety, and that Hancock updated officials on the business discussed at his meeting with Greensill and Cameron.

Cameron, who’s already been cleared of breaking the rules on lobbying, issued a statement on Sunday defending his actions while acknowledging there were “important lessons” to be learnt. On Monday, a spokesperson for the former premier said he “welcomes the inquiry and will be glad to take part”.

The inquiry will not have legal powers but will have the “necessary information,” Johnson’s spokesperson Max Blain told reporters on Tuesday. It will also not look into whether the ministerial code was breached.

Sunak last week released private texts to Cameron in which he said he’d “pushed” his officials to consider helping Greensill Capital following a request from the former premier.

Greensill wanted to tap the government’s Covid-19 Corporate Finance Facility programme administered by the Bank of England. Its request for terms to be altered to grant it access were ultimately rebuffed after at last half a dozen meetings between senior treasury officials and company representatives.

The company did gain access to another government programme, becoming an accredited lender for the Coronavirus Large Business Interruption Loans Scheme. It sought — and failed — to persuade treasury officials to raise the cap on the loans it could issue under that plan to £200m, from £50m.

Greensill collapsed in March in one of the most spectacular financial blow-ups of recent years.

Britain's former prime minister distances himself from Greensill Capital, saying he lobbied for the troubled finance group at a time of crisis
World
2 months ago

Antonio Horta-Osorio can shrink the balance sheet, sell parts of the business or merge with UBS Group
Companies
2 months ago

Credit Suisse entered the Covid-19 crisis with strong capital and in a strong position, and has sufficient resources to manage its problems
Companies
2 months ago
Next Article