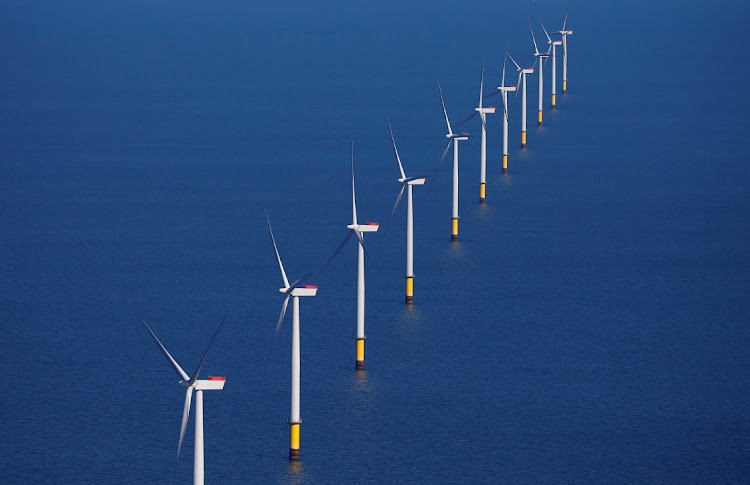 Oslo/Estonia — Norway’s $1.3-trillion wealth fund just made its first investment in clean energy infrastructure, more than a year after it was given the go-ahead to move into the asset class.

The world’s biggest sovereign investment vehicle has agreed to buy 50% of the 752MW Borssele 1 and 2 offshore wind farm from Ørsted of Denmark. The deal is worth just under €1.4bn ($1.6bn), it said.

Norway’s wealth fund has been looking for such assets since parliament agreed to give it a mandate to start buying them back in 2019, but as recently as January, CEO Nicolai Tangen said it was proving hard to find reasonably priced targets.

Mie Holstad, chief real assets officer at the Oslo-based fund, said she and her team had looked at eight potential targets in 2020, all of which fell through in the end. The Ørsted deal marks the first time the fund has tapped some of the roughly $14bn it’s set aside for such renewable energy acquisitions.

Holstad says her team is focusing on Europe for now, though its mandate also allows it to look at North America.

“We’ll spend the time we need to find the right investments,” Tangen said on Wednesday. “It all depends on what we find and what comes up. There are obviously attractive projects. These are the ones we need to find. We also have to compete for them. It’s not difficult to spend money, but you can get a poor return in doing so.”

The Ørsted deal means Norway’s wealth fund will become a joint partner in generating enough energy each year to power roughly a million households in the Netherlands. The transaction is expected to close in the middle of the year, pending regulatory approval. Borssele 1 and 2 is the world’s second-largest operational offshore wind farm, and is powered by 94 Siemens Gamesa 8MW turbines.

The Ørsted announcement coincided with a strategy update from the fund, in which it signaled it will apply a more active approach to investing. This includes the goal of becoming a global leader in sustainable investing.

Tangen, a former hedge-fund boss who’s been running the giant sovereign investment vehicle since September, has stepped up the fund’s reliance on external asset managers and made environmental, social and governance (ESG) goals a cornerstone of his focus. He wants to use more technology, including artificial intelligence (AI), and plans to expose his portfolio managers to some of the training techniques that help drive top athletes.

In Wednesday’s strategy update, the fund said it will “emphasise specific, delegated, active strategies and have less emphasis on allocation or top-down positioning.”

As the world’s biggest stock investor, the Norwegian wealth fund’s “knowledge of our largest company investments helps us achieve the highest possible return after costs”, it said. “It improves risk management and enables us to fulfil our ownership role. We believe our active management improves our ability to be a responsible investor.”

The fund, which generated $123bn in returns in 2020, used a previous strategy update to shift its equity exposure towards US stocks and away from Europe. Much of last year’s performance was driven by the fund’s holdings of US technology stocks.

Norway’s wealth fund follows a benchmark that allocates about 70% to stocks and the rest to fixed income. It also invests in real estate.

The sovereign wealth fund, managed by a unit of the central bank, was created in the 1990s to invest Norway’s oil and gas revenues abroad, initially to prevent the domestic economy from overheating. It owns about 1.5% of global stocks.

BIG READ: Greta Thunberg: ‘It just spiralled out of control’

Three years after bursting on to the global stage, what’s next for the most famous climate activist of her generation?
Life
2 weeks ago

Bizarrely, the DG of the WHO is himself questioning the report and says the chance that it came from a lab needs to be thoroughly vetted
World
2 weeks ago

Lockdowns and rapid digitalisation have most affected industries in which women are predominantly employed, according to a WEF report
National
2 weeks ago
Next Article