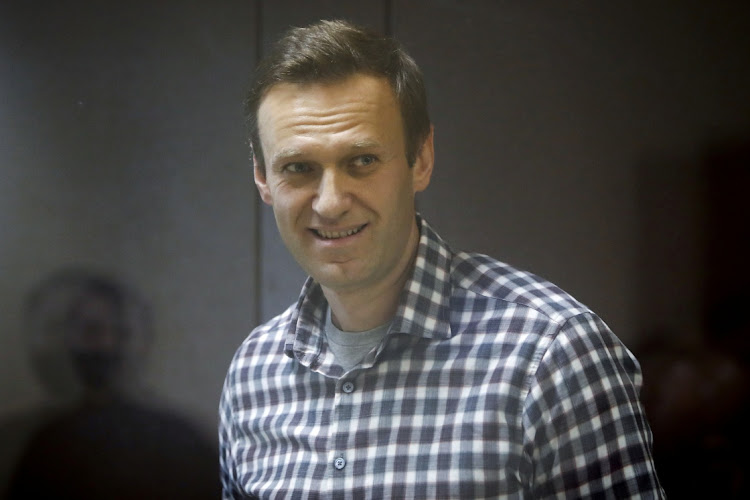 Moscow  —  Jailed Kremlin critic Alexei Navalny went on hunger strike on Wednesday in an attempt to force the prison holding him outside Moscow to provide him with proper medical care for what he said was acute pain in his back and legs.

The fate of Navalny, one of President Vladimir Putin's most prominent critics, is in focus after he said last week that being woken up by a guard every hour during the night amounted to torture and that his appeals for medical treatment had been ignored.

In a handwritten letter addressed to the governor of his prison which was posted to social media by his team on Wednesday, Navalny said daily requests for a doctor of his choice to examine him and for proper medicine had been ignored.

“I really need a doctor. Every convict has the right (by law) to invite a specialist to examine and consult him. Even I have such a right and I'm innocent,” Navalny wrote in the letter.

“I demand that a doctor be allowed to see me, and until this happens, I am declaring a hunger strike.”

Prison authorities, after examining Navalny last week, declared his condition to be stable and satisfactory. The Kremlin has declined to comment on his health, saying it is a matter for the federal penitentiary service. On Wednesday, the penitentiary service said Navalny was receiving all necessary treatment.

“The convict A Navalny is provided with all the necessary medical aid in accordance with his current medical conditions,” Interfax news agency cited the federal penitentiary service of the Vladimir region as saying in a statement.

It also said that regular checks of prisoners during the night were carried out in line with the law and “do not hinder the rest of the convicts”.

“We fear for the worst. Leaving a patient in this condition ... may lead to severe consequences, including an irreversible, full or partial loss of lower limb functions,” the letter said.

Navalny has said that what started out as acute back pain spread to his right leg and then to his left leg. The only medicine he has received has been Ibuprofen tablets and cream, he has said. Some members of a local prisoner monitoring group have accused him of faking his condition.

“I don't want to lose both legs,” Navalny wrote in the same letter. “It would not be fair. Everyone has two legs and I wouldn't have any.”

Navalny was jailed in February for two-and-a-half years for parole violations that he called politically motivated. He was arrested as he returned to Russia from Germany in January, where he had been recovering from what doctors said was a nerve agent poisoning.

The West, including the European Court of Human Rights, has demanded Russia release Navalny. Moscow, which has cast doubt over his poisoning, has called such appeals unacceptable interference in its internal affairs.

Asked about the hunger strike, US state department spokesperson Ned Price said the US continued to call on Russia to end Navalny's “politically motivated” detention.

The Kremlin has cast Navalny as a Western-backed troublemaker on a mission to destabilise Russia with Putin's spokesperson linking him to the CIA, something Navalny has denied.

Navalny's allies have announced plans to stage what they hope will be the biggest anti-Kremlin street protest in modern Russian history this spring. The authorities have said such protests are illegal.

A close ally has said Navalny began to experience serious back pain last week, felt a numbness in his leg and has been unable to stand on it
World
3 weeks ago

Liberal democracy is under siege but the task to stop the rot is urgent, writes Lionel Barber
Life
1 month ago