University of Aberdeen to return Benin bronze looted from Nigeria 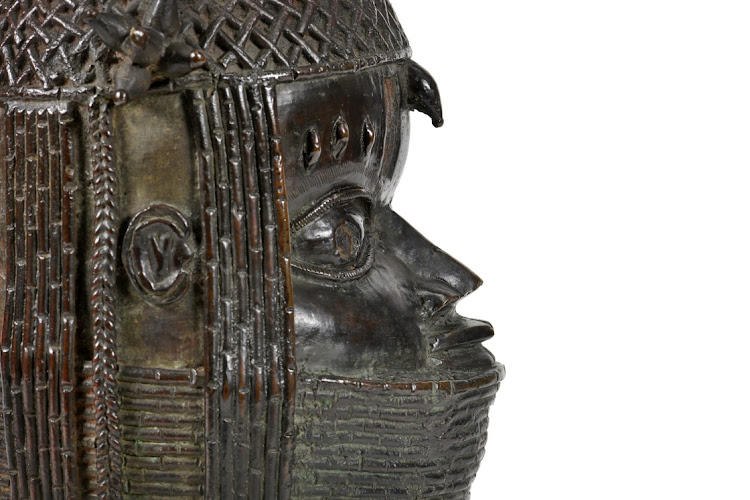 Lagos —  The University of Aberdeen said on Thursday it would return a Benin bronze statue to Nigeria within weeks, one of the first public institutions to do so more than a century after Britain looted the sculptures and auctioned them to Western museums and collectors.

The university said the sculpture of an Oba, or ruler, of the Kingdom of Benin, had left Nigeria in an “extremely immoral” fashion, leading it to reach out to authorities in 2019 to negotiate its return.

The Nigerian government has called on other British museums to reassess their collections.

Pressure has mounted to return to their places of origin the Benin bronze — copper alloy relief sculptures —  and other artefacts taken by colonial powers.

Neil Curtis, Aberdeen's head of museums and special collections, said the bronze, purchased in 1957, had been “blatantly looted”.

“It became clear we had to do something,” Curtis said.

Prof Abba Isa Tijani, director-general of Nigeria's National Commission for Museums and Monuments, said the importance of displaying the Bronze inside Nigeria for the first time in more than 120 years was inexpressible.

“It's part of our identity, part of our heritage ... which has been taken away from us for many years,” Tijani said.

Britain's soldiers seized thousands of metal castings and sculptures from the Kingdom of Benin, then separate from British-ruled Nigeria, in 1897.

The British Museum, which holds hundreds of the sculptures, has alongside several other museums formed a Benin dialogue group to discuss displaying them in Benin City, some officially on loan. It has said discussions are ongoing.

Germany is in talks to send back 440 Benin bronzes as early as the autumn, according to newspaper reports.

On Wednesday, German foreign minister Heiko Maas said the repatriation issue was part of an “honest engagement with colonial history”, adding: “It is a question of justice.”

The University of Cambridge's Jesus College said it had finalised approvals in December to return another bronze. Tijani said US museums had also agreed to return two more bronzes.

The governor of Edo state, of which Benin City is the capital, plans to build a centre to store and study the returned artefacts by the end of 2021, and a permanent museum by 2025.

Joburgers love a Johannesburg Art Gallery rumour. Jillian Carman knows a thing or two about the cultural institution and weighs in
Life
6 months ago

The continent is becoming one of the hottest on the art buying and investing scene, writes Desné Masie
Opinion
1 year ago
Next Article