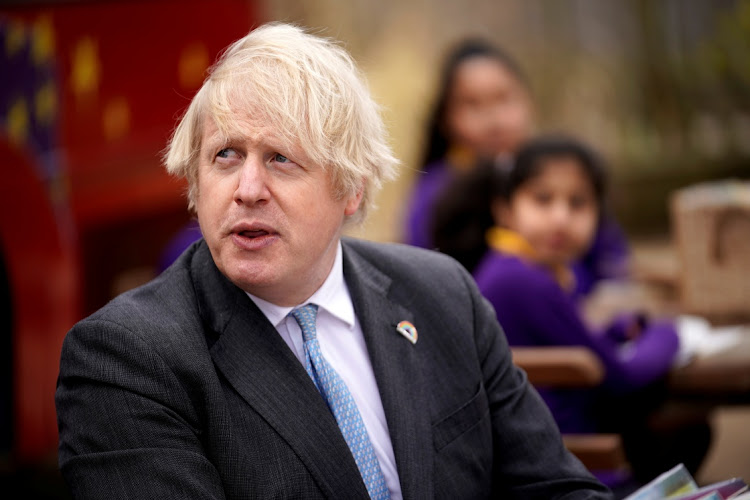 London — UK Prime Minister Boris Johnson will redirect British foreign policy towards the Indo-Pacific region as he sets out a sweeping overhaul of the UK’s international priorities after Brexit.

Johnson will publish a 100-page blueprint for diplomacy and defence, which his officials are billing as the most wide-ranging re-evaluation of the UK’s place in the world since the end of the Cold War.

In the plan, Johnson will outline a new, more activist approach to international relations on issues such as climate change and democracy as he makes clear he regards the Indo-Pacific as increasingly the geopolitical centre of the world, especially with the growing clout of China. Johnson intends to visit India at the end of April on his first trip overseas since Britain left the EU trade and market regime.

The plan is also due to lift the cap on the number of nuclear warheads that Britain can stockpile, according to the Guardian newspaper. The limit would be increased from 180 warheads to 260, the Guardian said, citing a leaked copy of the review.

“The policy is to maintain a minimal credible deterrent,” foreign secretary Dominic Raab said on BBC Radio Scotland on Tuesday, when asked about the UK’s nuclear arsenal. “We’ve also got to deal with the asymmetric threats, from criminal gangs, hostile states, whether it’s Iran or Russia.”

The policy framework spans overseas aid, cyber warfare, the future of the armed forces, and addressing climate change. For Johnson, it’s a chance to tell the world how he sees post-Brexit Britain’s role in the global order developing over the next decade.

“I am profoundly optimistic about the UK’s place in the world and our ability to seize the opportunities ahead,” the prime minister said in a statement before publication of the integrated review.

Since leaving the EU’s orbit at the end of 2020, the UK has sought new trade and political alliances around the world including a focus on strengthening ties with the US. The new tilt towards the Indo-Pacific region is aimed at neutralising any threat from China, as lawmakers in London take an increasingly hawkish line towards Beijing over its policies on Hong Kong and its Uighur Islamic minority.

Marking this shift, the HMS Queen Elizabeth aircraft carrier warship will sail to the Pacific on her maiden deployment later in the year, the government said. The UK is also applying for partner status at the Association of Southeast Asian Nations (Asean), Johnson’s office said.

“It is important messaging to show China that if it flouts the global rules-based system that alliances will form, it can’t pick opposition off individually,” Alan West, a member of the House of Lords and former head of the Royal Navy, said in an interview. “It is also the fastest-growing economic area and crucial for the new global Britain.”

According to Johnson’s office, the review will include:

After three years, the equalities minister is still ‘reviewing’ the issue rather than having outlawed it as expected
World
2 months ago
Next Article