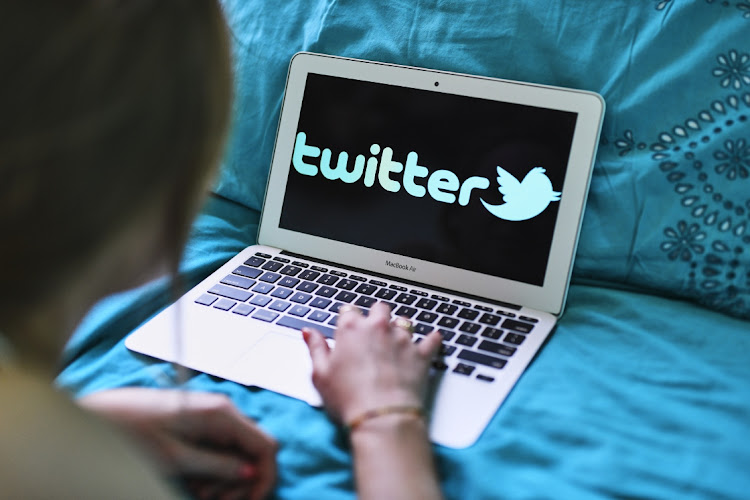 The Twitter logo is displayed on a laptop computer. Picture: BLOOMBERG/GABBY JONES

Moscow —  Russia said on Wednesday it made content on Twitter slower to load after the company refused to take down content related to drug use, pornography and other banned topics, escalating its clash with foreign social networks.

Authorities made Twitter run more slowly on all mobile devices and on half of desktop computers, internet watchdog Roskomnadzor said in a statement. It said access could be blocked altogether if Twitter doesn’t remove the banned content.

The move came a day after the regulator announced lawsuits against Twitter and four other social-media companies for not deleting posts about nationwide protests over the jailing of opposition leader Alexei Navalny earlier in 2021.

“No-one has any desire to block anything, but these measures are justified to force these companies to comply with our laws,” Kremlin spokesperson Dmitry Peskov said on a conference call with journalists. The slowdown only affects photos and video content and not text, Tass news service reported, citing Roskomnadzor deputy head Vadim Subbotin.

After the measures were announced, the government-run internet provider Rostelecom experienced a surge in user complaints, according to Downdetector.ru, which monitors web traffic. The network failure, which caused outages at several government websites, were due to equipment problems and not a cyberattack, according to a Rostelecom spokesperson.

The effort to slow down Twitter was an attempt to test Russia’s ability to cut itself off from the internet and caused the problems, according Andrei Soldatov, co-author of  The Red Web: The Kremlin’s Wars on the Internet and co-founder of Agentura.ru, a site that tracks the security services. Russia has denied this was the case.

A Twitter spokesperson said in a statement the company was aware of reports that its service was being intentionally slowed down in Russia because of “content removal concerns”. The company doesn’t tolerate child exploitation or drug sales on its platform, the spokesperson said, adding that Twitter is “deeply concerned by increased attempts to block and throttle online public conversation”.

Twitter service in Moscow didn’t immediately appear to have been disrupted on Wednesday, though state-run RIA Novosti said its staff experienced some slowness.

President Vladimir Putin has slammed US social media giants, calling them monopolies and questioning whether they act in the public interest. Networks such as Twitter and Facebook have been used to show footage of protests against the government and organise events, angering local authorities.

“This is so far the softest measure they could have taken to limit access to western social media,” Ilya Klishin, a founder of media consultant KFConsulting. “The target audience is old guys in power, who aren’t Twitter users anyway. I don’t think this will change young people’s habits, and there are serious questions if they have the technical capacity to completely block access to Twitter.”

Twitter has come under increasing pressure from regulators in some countries. Banned in China, the network was among several fined in Turkey late in 2020 in a move activists called an attempt to stifle dissent.

Russia’s regulator said other services could also be targeted for throttling if they continue to defy local laws, Interfax reported.

Russia filed cases this week that could result in administrative fines against Twitter, Google, Facebook, TikTok and Telegram for allegedly failing to delete posts that urged minors to attend the January protests, Interfax reported Tuesday, citing a Moscow court spokesperson.

Russia sought to block Telegram several years ago over failure to share encryption information but was unable to make the ban work technically and ultimately backed down. But under a 2019 law, authorities have since upgraded systems they say would allow Russia to completely cut itself off from the internet if needed.

The US also demands the release of the Kremlin critic, his allies and others wrongfully detained in Russia and an end to the persecution of his ...
World
2 months ago