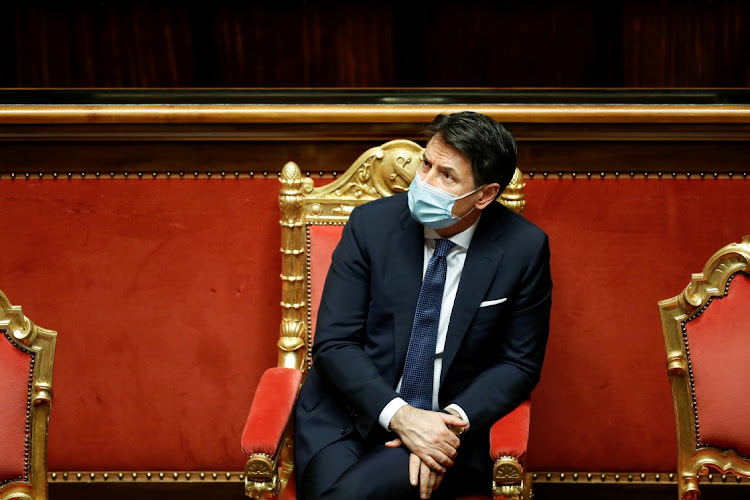 Rome — Former prime minister Giuseppe Conte, who led two Italian governments despite having no party affiliation, is positioning himself for a new political career by siding with the Five Star Movement, the biggest force in both of his coalitions.

Conte will draw up a plan to overhaul Five Star, which was born as an anti-establishment movement but has since gone more mainstream, the party said on its Facebook page. Conte took on the job after a meeting with party leaders, including founder and former comedian Beppe Grillo, in Rome on Sunday.

“People have for years written us off as dead, getting it wrong,” Luigi di Maio, a former Five Star party chief who is now foreign minister in the government of Mario Draghi, said. “Giuseppe Conte will offer a decisive contribution to our cause.”

Conte, a lawyer and academic, was plucked from obscurity to serve as premier in 2018. Despite no party membership and no political experience, he became one of the country’s most popular politicians, and led a second government that served until 2921 after his first administration was ousted in 2019.

Conte’s next move could be to take over as Five Star party leader, or he could join a possible new five-person directorate to steer the movement.

Five Star, which won about 32% of the vote in Italy’s last national election in 2018, has been haemorrhaging support ever since as it struggles with fierce factional infighting. The party has been polling at about 15% in recent surveys.

A year on, Francesco Tursi is still treating Covid-19 patients in Codogno, which has returned to a semblance of normality
World
2 months ago

Italy has been devastated by the pandemic, both in loss of life and economically and is in its worst recession since World War 2
World
2 months ago

Market-friendly banker or central-authority saviour of the euro? Being a pragmatist, likely a bit of both
World
2 months ago
Next Article