A year on, Francesco Tursi is still treating Covid-19 patients in Codogno, which has returned to a semblance of normality 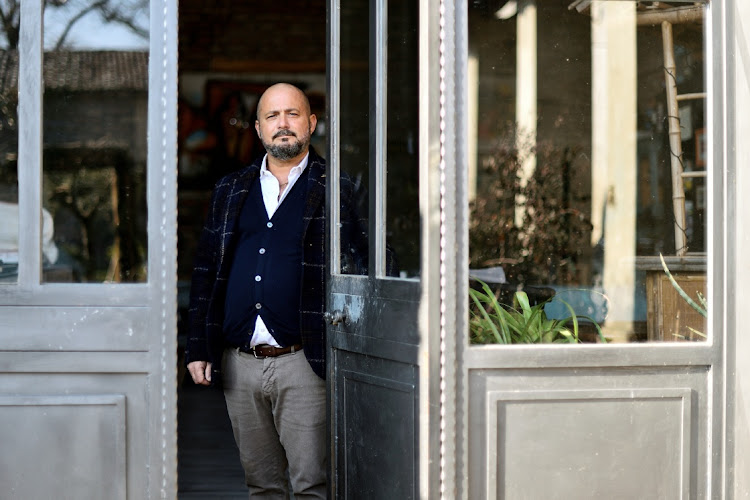 Francesco Tursi, a doctor from the Codogno hospital who survived the coronavirus disease, at his home in Lodi, Italy, on February 11 2021. Picture: REUTERS/FLAVIO LO SCALZO

Codogno — Every time Francesco Tursi throws his six-month-old son Antonio into the air and catches him, he realises that he almost did not live to savour one of the simple joys of being a father.

Last year on February 21, the pulmonary disease specialist at Codogno hospital was thrust into the vortex of the coronavirus pandemic when a man from the town became the first person in Italy to test positive for the virus.

The town of 15,000 residents became ground zero for the virus, the unwitting “capital” of the first area in Europe to be locked down.

Codogno and 10 nearby towns in the Lombardy region, which became the hardest hit in Italy, and another town in the bordering Veneto region, were isolated from the outside world. Checkpoints were set up, train stations abandoned.

Then Covid-19 victims overwhelmed the hospital in Codogno.

“I saw these patients succumb to serious breathing problems and I would apply everything that I had studied, everything I knew, but sometimes these patients just didn't respond,” he said. “This just left our hearts in pieces and our heads devastated.”

He had contracted the virus and was sent to a hospital in the regional capital Milan. “My world collapsed,” he said, speaking at his home in the nearby town of Lodi.

His wife, Valentina Mondini, was five months pregnant with their first child, one he feared he might never see.

“I thought maybe the whole year was going to be terrible for me, that maybe my life would end,” he said.

Instead, he recovered after about six weeks and was back on the job in Codogno, this time with even more empathy for Covid-19 patients.

“It was an additional weapon that I could use,” he said. “Finally I was able to fully understand what a patient was feeling.”

A year on, Tursi is still treating Covid-19 patients in Codogno, which has returned to a semblance of normality. Young people shop for clothes and pensioners reminisce in bars. Everyone wears masks and respects social distancing rules.

The UK has vaccinated 15.6-million people with a first dose so far, and Prime Minister Boris Johnson says the exit plan will be cautious but ...
World
2 months ago