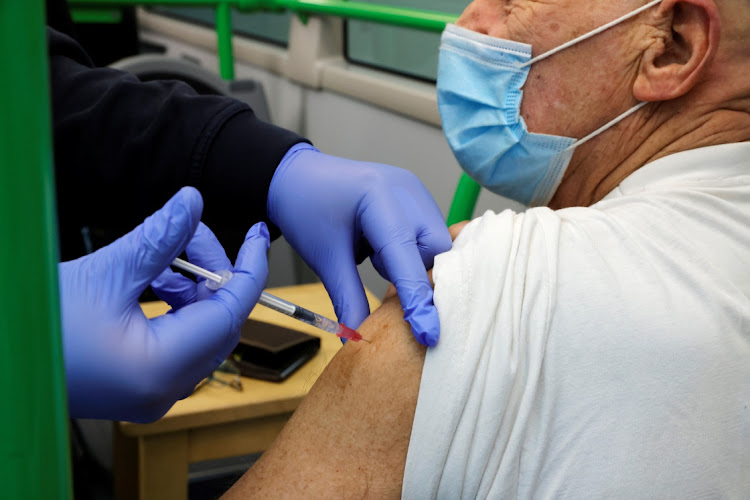 Berlin — Germany cast doubt on the effectiveness of AstraZeneca’s Covid-19 shot for the elderly in a move that could perpetuate the EU’s vaccine supply shortages.

The country’s immunisation commission recommended that the drugmaker’s inoculation be authorised only for people between the ages of 18 and 64, according to a draft assessment released on Thursday by the German health ministry.

While the vaccine appears to work as well as other shots, there was insufficient information on its effectiveness for people over 65-years old, said the group, which evaluates vaccines for the German government.

Though the German panel’s recommendations aren’t legally binding, they’re the basis for state and federal vaccination guidelines. The German assessment comes a day before the European Medicines Agency is expected to clear the shot.

“The latest analyses of clinical trial data for the AstraZeneca/Oxford Covid-19 vaccine support efficacy in people over the age of 65,” the drugmaker said in a statement. “We await a regulatory decision on the vaccine by the EMA in the coming days.”

The EU has struggled to scale up its vaccine programme, with the UK administering three times as many doses per capita as the most advanced country on the continent, Denmark. The bloc has purchased as many as 400-million doses of AstraZeneca’s vaccine and is in a dispute with the company over delivery delays.

After mounting pressure in recent days, AstraZeneca has agreed to publish its vaccine contract with the EU, according to a person with knowledge of the situation, who asked not to be identified because the decision is private.

The step was first reported by the Frankfurter Allgemeine Zeitung, which also said AstraZeneca CEO Pascal Soriot pledged that the company would deliver more vaccine to EU member states as early as February. The paper cited people familiar with a conversation between the company management and the EU.

Stefan De Keersmaecker, health policy spokesperson at the European Commission, declined to confirm the report. EU discussions with Astra are continuing, he said, adding that “we need clear agreement on quick deliveries” and aren’t there yet. AstraZeneca declined to comment on the article.

AstraZeneca shares pared losses to trade down 1% after earlier falling as much as 2.7%.

The UK regulator approved the company’s shot for all adults in December. Though few people over 65 were included in broad studies, the vaccine showed a strong immune response in older people in earlier-stage trials.

UK Prime Minister Boris Johnson on Thursday said he wasn’t concerned that Germany isn’t recommending the AstraZeneca vaccine for over-65s. The assessment of UK authorities is that the vaccine “provides a good immune response across all age groups”, he said in a pooled broadcast interview.

People over the age of 65 are a key population for Covid shots, as the disease is more deadly in older people, particularly those with chronic conditions such as diabetes and heart disease that are more common in the elderly. The company has said that its studies show the shot is effective among the aged.

Participants in a final-stage clinical trial of the vaccine were mostly younger adults. However, results from a mid-stage study by the University of Oxford, AstraZeneca’s partner, indicated that the vaccine is better tolerated in older people and produces a similar immune response in old and young adults.

“The debate already exists since fall that AstraZeneca has fewer, not worse, data from studies for elderly age groups,” said German health minister Jens Spahn. He said the draft isn’t the final determination, adding that it was expected that AstraZeneca’s smaller data set would influence regulators.

Amid criticism of its relatively sluggish vaccine programme, the German government said Thursday that Chancellor Angela Merkel has invited drugmakers and regional officials to join a video call on Monday to discuss the inoculation effort.

The German commission’s report included previously unpublished data on the small number of older people who did get AstraZeneca’s vaccine in clinical trials. Fewer than 6% of the volunteers in the large study published last fall were age 65 or older, the commission said.

Of those people, one of the 341 people who got the vaccine got Covid-19, while one of the 319 people injected with a placebo shot also got sick. The numbers are simply too small for certainty, and without more data, the real effectiveness could be anywhere from actually harmful to nearly always effective, according to the report.

More data on the efficacy of the vaccine for older adults will come from AstraZeneca’s US trials, with results expected in March. About a quarter of the roughly 30,000 participants in that trial are 65 and over.

Separately, the German commission recommended a four- to six-week waiting period between the two doses of the mRNA vaccines already approved in Europe. That’s slightly longer than the minimum three weeks previously recommended for the shot from Pfizer and German partner BioNTech.

The EU, along with the UK, is also facing delays for the Pfizer and BioNTech vaccine as the companies renovate a factory in Belgium.

AstraZeneca has said production of doses for the EU has been slower than expected, which will affect planned deliveries. The warning late last week has since escalated into a tense standoff, with the company and the EU accusing each other of fault.

While a poll found eagerness to get the vaccine is rising across racial groups, white adults are still the most likely to get a shot
World
8 months ago

Johnson & Johnson is expected to release its vaccine trial data later this week. If successful, it could be a promising development for SA
Features
8 months ago

CEO Pascal Soriot says he does not expect the additional trial to hold up regulatory approvals in the UK and EU, while clearance from the US FDA may ...
Companies
10 months ago
Next Article