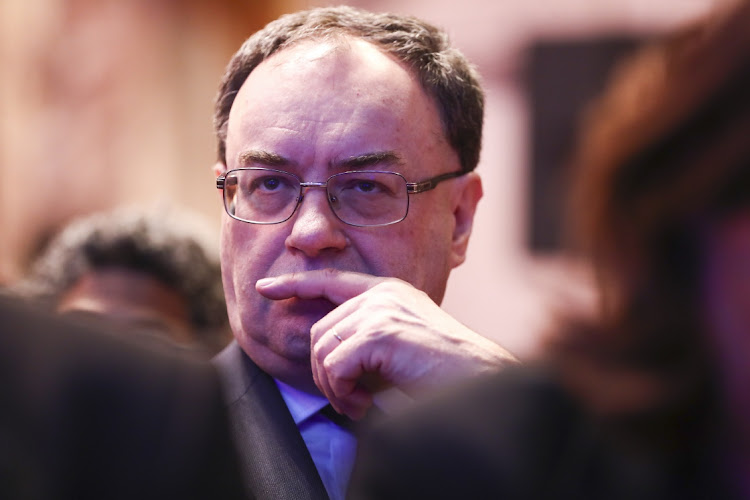 London — Bank of England  governor Andrew Bailey said on Wednesday that the UK economy is learning to adapt to lockdowns to contain the coronavirus but the BoE still expects a “quite pronounced” effect from the latest restrictions in the first quarter.

Speaking in a webinar, the central bank chief said the economy seemed to weather the closure in November better than it did at the start of the pandemic in early 2020.

“We have little to go on in terms of evidence on the economy so far in January,” Bailey said. But evidence suggests that “probably the effect of lockdowns in economic terms is diminishing somewhat. We all find ways to do to do economic activity by adapting. Online shopping is the obvious best example.”

Policymakers are grappling with whether Britain needs more monetary stimulus to overcome the biggest slump in three centuries. They’ll update their forecasts at the February 4 decision to incorporate the new surge of Covid-19 cases and the country’s recent departure from the EU’s single market.

Bailey said the BoE still expects a “quite pronounced” effect of the latest lockdown in the first quarter. He reiterated that the bank is reviewing the possibility of using negative interest rates, but hasn’t yet starting discussing whether to deploy them.

Negative rates: The governor said it’s important for policymakers to maintain negative interests rates as a possible option, though they’ve made no decision yet on whether to go ahead with them, partly because there’s so much uncertainty about how they’d affect the economy.

“Particularly when you go negative, the transmission is much less clear because it does change the whole calculus of how the banking system works. We do not know with any confidence how that would work. However, there are experiences of other countries,” Bailey said.

“The evidence suggests it isn’t straightforward but it can work under certain circumstances, and depending a bit on how your financial system works. We need tools in our box. We also have a very low rate of inflation. It’s still well below our target. Our challenge still remains getting inflation up to our target.”

Banking equivalence rules: Bailey said he’s wondering what the EU’s request for equivalence on financial services will mean for the UK.

“It can’t seriously mean: you should never change your rules, because the world changes. Covid has illustrated that to us. If it doesn’t mean that, does it mean, ‘You should only change the rules when we the EU change our rules?’ That’s what they may mean, but ... that’s unacceptable because that’s just rule-taking.”

“We cannot be in a world, particularly with as big a financial centre as we have, saying: just ring us up and tell us when you change the rules and we’ll just copy them out. That’s a recipe for disaster, frankly, because our markets are different.”

Climate change: Bailey said the bank will keep studying how climate change will affect the financial system and what policymakers can do to support environmental infinitives.

“Today we’ve seen a very big change. We now have a US administration that’s going to be fully behind this. I’m very optimistic on this front at the moment. We’ve just got to get on with it now.”