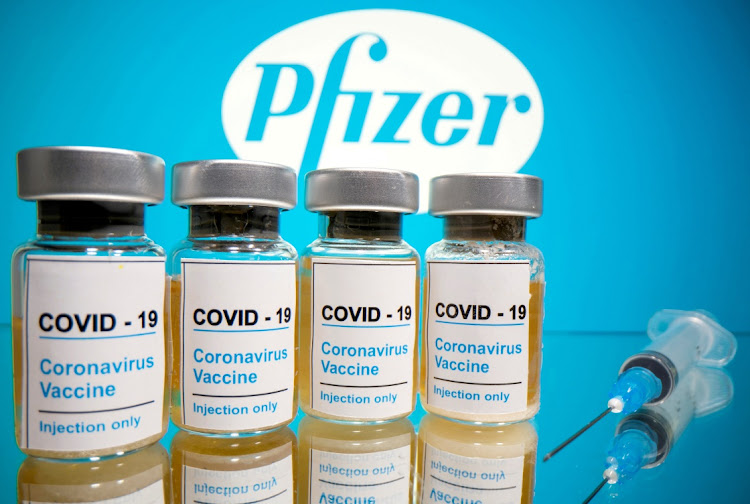 London — Britain’s vaccine rollout is limited by a “lumpy” manufacturing process affecting supplies of both Pfizer and AstraZeneca, but is on track to hit its targets, vaccine deployment minister Nadhim Zahawi said on Monday.

The UK, which has the world’s fifth worst official death toll from Covid-19, is racing to be among the first countries to vaccinate its population — seen as the best way to exit the pandemic and get the economy going again.

Britain has inoculated 3,857,266 people with a first dose and 449,736 with a second dose. On vaccines administered per 100 people, the UK is fourth in the world after Israel, the United Arab Emirates and Bahrain.

Pfizer said on Friday it would temporarily reduce its deliveries to Europe of its vaccine against coronavirus infections while it upgrades its production capacity.

“There’s bound to be delays. Any new manufacturing process has challenges at the outset. It is lumpy, it begins to stabilise and get better and better week in, week out,” Zahawi told the BBC, adding that Pfizer was doing “really well”.

“They want to do more, which is why they’re reconfiguring to add volume to the whole world … That could delay supply but I’m confident we can meet our target.”

Britain aims to administer first doses of the vaccine to 15-million people in the highest priority cohorts by mid-February.

Pfizer said it was co-ordinating with the government to “work through the short-term impact of these changes to our January deliveries”.

“We understand a change to deliveries has the potential to create uncertainty,” a Pfizer spokesperson said. “However, we can confirm the overall projected volumes of delivery to the UK remain the same for quarter one (January to March).”

Zahawi told LBC radio that Britain was hoping for 2-million vaccines a week from AstraZeneca by the end of January but that those numbers would not be reached until mid-February.

Last Wednesday, AstraZeneca’s UK president said the firm would scale up to 2-million doses a week on or before the middle of February. A spokesperson for AstraZeneca declined to comment further on Zahawi's latest guidance.

Mass Covid-19 vaccines are seen as the best way to exit the pandemic, which has killed more than 2-million people worldwide, wiped out trillions of dollars in economic output and upended normal life for countless people.

The UK is vaccinating 140 people a minute against Covid-19 on average.

Britain is rolling out the vaccine to the most vulnerable first, starting with those who are in care homes or over 80 years of age. In areas where a majority of over 80s have been offered a vaccine, letters are going out to the over 70s and those who are clinically extremely vulnerable.

Zahawi said a 24-hour vaccine offering would begin to be piloted in London by the end of January.

Essential workers such as teachers, the police and shop assistants could move to the top of the list for a vaccine once all those over 50 have been offered a shot, Zahawi said.

“Teachers, police officers, shop workers, those who through no fault of their own other than the work that they do may come into contact with the virus in much greater volume, should be top of the list,” Zahawi told Times Radio.