Seafood From Scotland said prices for many species have fallen as much as 80% in the UK and so the long sail is worth it, for now 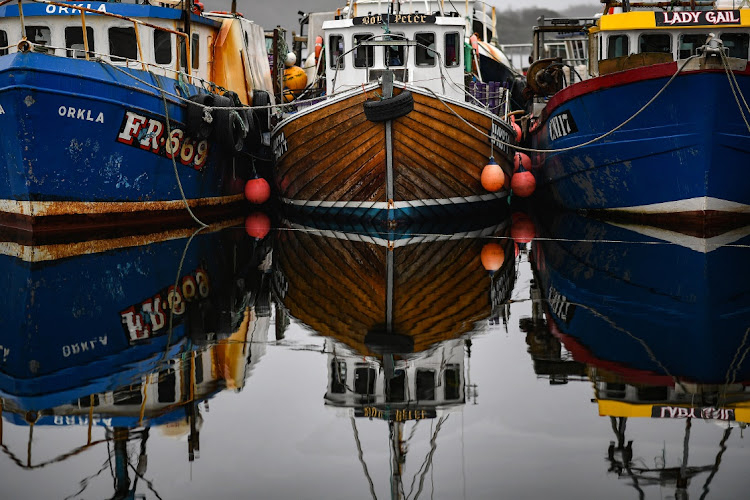 Copenhagen — Scottish fishermen are willing to sail an extra 48 hours to Denmark, where their catch can fetch twice as much after prices at home collapsed in the aftermath of Brexit.

A boat loaded with 15 tonnes of monkfish arriving on Thursday night was expected to net its Scottish captain 225,000 kroner ($36,700) more than it would in Petershead, Britain’s biggest fishing port, said Jesper Kongsted, a fish auctioneer in Hanstholm on Denmark’s North Sea coast.

Purchasers in the UK are turning away from more expensive varieties of fish because red tape and queues can mean it’s not fresh when it reaches European customers. Seafood From Scotland said prices for many species have fallen 40% to 50% just this week, with some dropping as much as 80%.

“Boris Johnson probably forgot to explain what leaving the EU would mean for fishermen’s ability to sell to the European market,” Kongsted said.

The impact of the Brexit transition on the Scottish seafood industry has been far-reaching, ranging from computer failures to a lack of clarity on paperwork, rendering efforts to export “all but impossible”, Donna Fordyce, Seafood From Scotland CEO, said in a statement.

With about a third of Scottish vessels moored and others changing course to Denmark, many fishermen are on dry land and the processing industry, which employs 10,000, is suffering.

In a letter, the National Federation of Fishermen’s Organisations accused British Prime Minister Boris Johnson of sacrificing the industry and being dishonest about which rights fishermen had obtained in the trade deal between the UK and EU.

“It is not that, in the end, you were forced to concede in the face of an intransigent and powerful opponent that has caused such fury across our industry, it is that you have tried to present the agreement as a major success when it is patently clear that it is not,” the federation’s letter said, according to Business Matters.

James Withers, CEO of industry group Scotland Food & Drink, estimates seafood merchants are currently losing £1m of exports a day because of the customs chaos. The UK landed almost half a billion kilograms of fish in 2019, much of it in Scotland.

“No party can fix this issue overnight, but losses for the sector are mounting, and the situation is urgent,” Fordyce said. “We have days to fix it — not weeks.”

The UK government has pledged a £100m package to help rebuild the country’s fishing fleet and the industry’s ageing infrastructure.

Back in Denmark, Kongsted reckons boats unloading in the Nordic country are rushing to solve an immediate issue and that the number of arriving trawlers might eventually dwindle as solutions are found in the UK