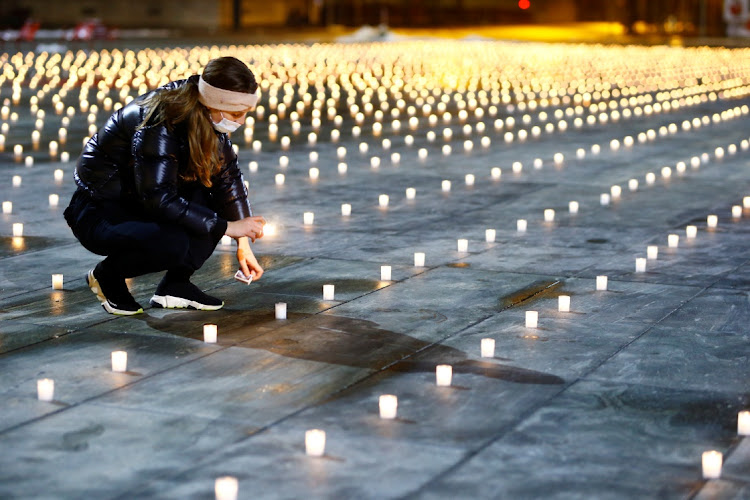 A woman lights candles symbolising the Covid-19 victims during a candlelight vigil in front of the seat of the Swiss federal parliament, Bundeshaus, in Bern, Switzerland. File photo: REUTERS/ARND WIEGMANN

Bern —  Switzerland will close shops and toughen social distancing restrictions in a bid to prevent a surge of a faster-spreading strain of Covid-19 that has already swamped UK hospitals.

Non-essential shops will be closed from January 18, a measure that have already been enacted in neighbouring Germany and Austria. Restaurants and fitness centres will also have to stay shut until the end of February, and private gatherings will be restricted to five people, according to the government in Bern on Wednesday.

It also made it easier for crisis-hit businesses to access relief funding, and finance minister Ueli Maurer raised the prospect of additional aid being deployed.

Switzerland had shied away from more severe lockdowns, but officials now fear that hospitals could be pushed beyond their limits if the Covid-19 variants from the UK or SA cause a spike in infections.

Speaking at a press conference, interior minister Alain Berset warned of an “explosion” of cases leading to a third pandemic wave. “The good news is that we have advance notice.”

While coronavirus-case numbers have been falling recently, the 14-day infection rate is still at about 5,000 per 1-million inhabitants, according to the Federal Office of Public Health. That compares with about 3,600 in neighbouring Germany and 3,800 in France, according to Bloomberg calculations.

Switzerland’s immunisation drive is under way, but the country has failed to proceed at the same pace as Israel, which has a similar number of inhabitants. Moderna’s vaccine, which received the regulatory green light on January 12, will supplement the jabs by Pfizer that are already being used.

The government aims to vaccinate all residents over the age of 75 by the end of February. Switzerland, with a population of about 8.5-million, hasn’t published data on the number of vaccines administered.

Authorities have faced criticism for the slow progress, and also for the amount of vaccines ordered. That comes on top of complaints about their bungling of the response to the surge in infections in October and November.

Having spent liberally during the initial wave of the pandemic, officials are also being criticised for being tight-fisted with relief funding after ordering the closing of restaurants and leisure facilities a few weeks ago.

In response to the criticism, the government on Wednesday modified the rules for allotting state aid. Businesses that were ordered to close will no longer have to prove they suffered a drop in revenue, among other changes.

The Swiss economy has so far weathered the crisis better than many of its eurozone neighbours. Economists at UBS earlier this week said GDP would expand 3.6% in 2021 and the rise in unemployment would be less marked than previously expected.

Speaking at a conference, health experts say the WHO needs to be free from politics after it faced difficulties at the start of the Covid-19 pandemic
World
6 months ago

Europe locks down more tightly to ward off variant 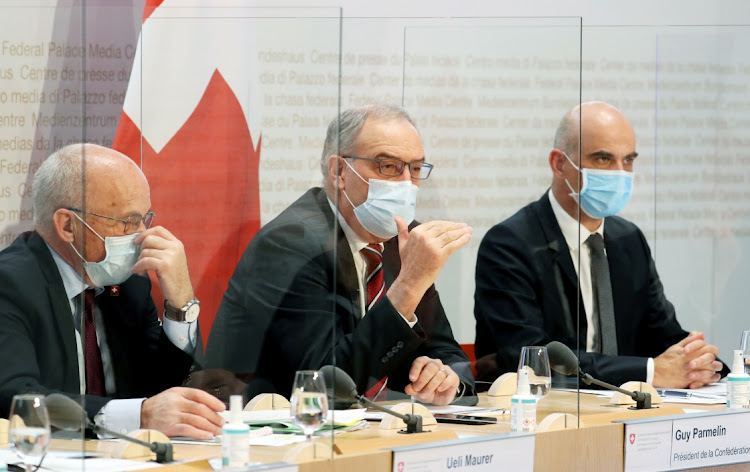