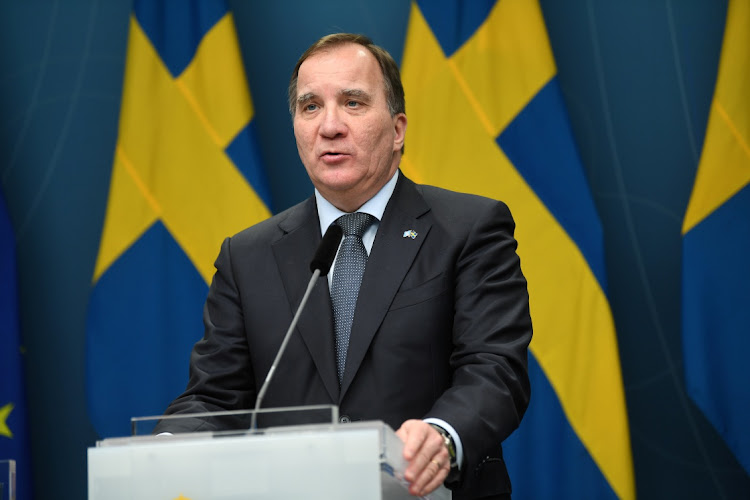 Stockholm — After taking arguably the world’s softest approach to handling the coronavirus pandemic, Sweden is tightening the screws.

As of Sunday, the government of Prime Minister Stefan Lofven can fine and shutter businesses that fail to follow restrictions such as caps on visitors, as well as restrict private gatherings, under a new law that runs to the end of September. It’s a departure from relying mainly on recommendations and trusting people to follow them. With the healthcare system under increasing duress and deaths surging, some say it was too little too late.

“Like many places Sweden has learnt about the virus the hard way,” said William Hanage, associate professor of epidemiology at Harvard’s School of Public Health in Boston, who has followed the country’s strategy closely. “Sweden was too slow. There was ample evidence from the [northern hemisphere] spring, in Sweden and elsewhere, of what could be expected in the autumn and winter if the policy was not changed and these are the consequences.”

While pursuing its unusual strategy, Sweden questioned other nations’ decisions to lock down. Its path to mandatory restrictions has left the Nordic country with more than three times more virus deaths per capita than Denmark, the closest regional peer in terms of fatalities. Confidence in the government has dwindled, and been compounded by top officials — including Lofven himself — flouting their own rules. Even King Carl XVI Gustaf called the nation’s response a failure.

As in the rest of the world, the debate in the pandemic era has centred around balancing people’s health against the fallout of shutting down economies. Sweden’s economy has held up better than most, while deaths now exceed 9,600.

Top epidemiologist Anders Tegnell, who in June labelled countries that opted for strict lockdowns as “mad,” said the pandemic law shouldn’t be seen as a U-turn, but rather an extension of what’s already been done.

One of Tegnell’s main detractors, Prof Bjorn Olsen of Uppsala University, said “reality has caught up with the Public Health Agency”.

“They have been extremely stubborn in holding on to the strategy without listening or doing any external analysis,” he said.

Anders Litzen lost his 71-year-old mother Agnetha in the spring, sitting by her side for her last 16 hours in full protective gear. The 42-year-old, who lost his job because of the pandemic and started working as a runner at a hospital, said the government’s communication has been too vague.

“‘My mother, and I think most Swedes, didn’t really take it seriously,” Litzen said. “I can’t say that what Sweden did is right or wrong, but from a personal perspective I think when you want to send a message, it has to be strong and clear.”

Lofven and health officials, facing early criticism including from US President Donald Trump, acknowledged in April that the country hadn’t succeeded in protecting its elderly in nursing homes. A government-appointed commission recently reached a similar conclusion.

“It’s an example of how difficult it is to sustain public health and social measures that are purely determined by the individual’s willingness or determination to carry out those measures,” Ryan said. “It somehow tells us that at the beginning of 2021 how difficult, how challenging that environment is.”

The Nordic region’s largest economy has weathered the crisis better than most Western nations, with its factories less affected by supply disruptions in the latter part of 2020.

Differences in lockdown strategies between the Nordic and Baltic countries were offset by their common dependence on manufacturing, so they’ve benefited from a recovery of global trade, according to SEB chief economist Robert Bergqvist. “When we summarise 2020, the industry has helped us to withstand some of the downturns seen in many other countries.”

Lofven has seen voter confidence erode as criticism of the government’s response mounted. It didn’t help that he was spotted among Christmas shoppers in a mall, his finance minister was caught renting skis at a resort and the top official running the coronavirus response team took a Christmas trip to the Canary Islands, all of which went against official guidelines. And the opposition isn’t pulling punches.

“Infection transmission won’t be stopped by a serious tone at a press conference,” main opposition leader Ulf Kristersson told a national security conference on Monday, lambasting the government for “a lack of leadership, bad preparations and unclear division of responsibilities.”

Support for the Social Democrats fell two percentage points to 23%, while Kristersson’s Moderate Party edged ahead with 23.2% voter backing to become Sweden’s biggest party in the latest Aftonbladet/Demoskop poll. There’s no imminent threat to Lofven’s job given the political system.

The recent response has been “a partial turnaround” that has fallen short of what’s needed, such as mandating face masks and closing more schools, Olsen of Uppsala University said. Primary schools remain open.

“Now we should be very busy vaccinating, but a lot of effort is going into just keeping a lid on transmission so that it doesn’t boil over,” Olsen said. “It’s constantly half-hearted, limping efforts. What many other countries would have done in this situation would be to close down entirely.”

Sweden had inoculated at least 80,000 people by January 10, or 0.8% of its population, health authorities said Tuesday. That’s below Denmark’s 2% tally, based on the Bloomberg Covid-19 Vaccine Tracker.

“At this stage of the crisis, I think it will be less about lockdown strategy and more a matter of vaccine strategy,” SEB’s Bergqvist said.

Litzen, who decided to help in the pandemic fight after losing his mother, says tougher restrictions should have taken the place of voluntary recommendations earlier. “When it comes to recommended regulations, it’s very naive to think that a whole country can follow through unless you make it some sort of law.”

The deal with Pfizer and BioNTech allows for 300-million additional doses, likely requiring an expansion of the firms’ production capacity
World
8 months ago