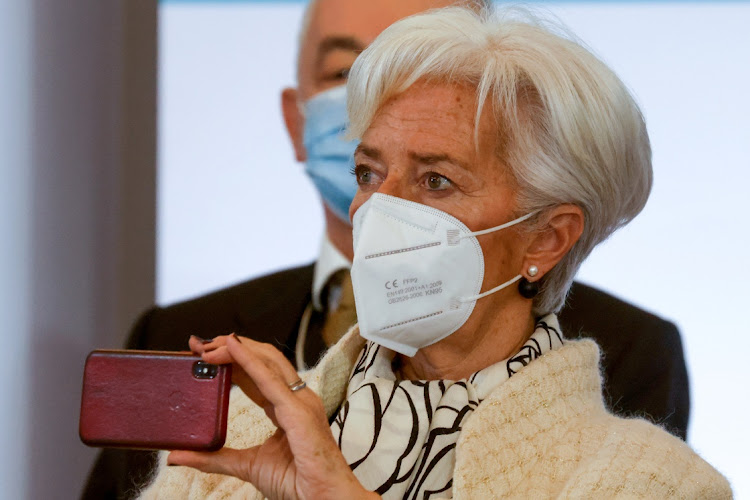 Frankfurt  — European Central Bank (ECB)  president Christine Lagarde called on Wednesday for global regulation of bitcoin, saying the digital currency had been used for money laundering activities in some instances and that any loopholes needed to be closed.

Bitcoin has come out of its niche in recent years and is now bought by ordinary people, investment funds and even large corporations. Some have even taken out loans to buy more of the cryptocurrency, whose value has increased almost tenfold since last March.

But its largely anonymous nature has raised concerns that it could be used for money laundering and other illegal activities.

"(Bitcoin) is a highly speculative asset, which has conducted some funny business and some interesting and totally reprehensible money laundering activity," Lagarde said in an interview at the Reuters Next conference.

Lagarde did not provide specific examples of money laundering cases but said she understood there had been criminal investigations into illegal activity. She did not elaborate.

The cryptocurrency sector is still mostly lightly overseen or unregulated, though global standards in areas such as anti-money laundering have emerged.

She joined a number of regulators from across the world in calling for implementing global rules for cryptocurrencies.

"There has to be regulation. This has to be applied and agreed upon ... at a global level because if there is an escape that escape will be used," Lagarde said.

Lagarde also pushed back against pessimism, predicting an economic rebound as Covid-19 uncertainty subsides and saying that Europe has all the tools needed to overcome the crisis.

Even with much of the 19-member euro area in lockdown, Lagarde continued to forecast a recovery, provided that economic restrictions can be lifted from the second quarter and the bloc can overcome a "laborious" start to vaccinations.

The ECB last month cut its 2021 growth forecast to 3.9% but increasingly widespread curbs on movement and activity in countries including Germany and France, along with the slow rollout of vaccines, are already challenging that outlook.

"I think our last projections in December are still very clearly plausible," Lagarde said. "Our forecast is predicated on lockdown measures until the end of the first quarter."

The ECB said on December 10 that its forecasts assumed "sufficient" levels of herd immunity before the end of 2021.

"What would be a concern would be that after the end of March those member states still need to have lockdown measures and if, for instance, vaccination programmes were slowed down," Lagarde added.

The price of Bitcoin, the largest cryptocurrency, has more than quadrupled in the past year
World
1 year ago

Richard de Sousa, CEO at AltCoinTrader talks about how digital currencies could enable transfer of wealth in SA
Markets
1 year ago