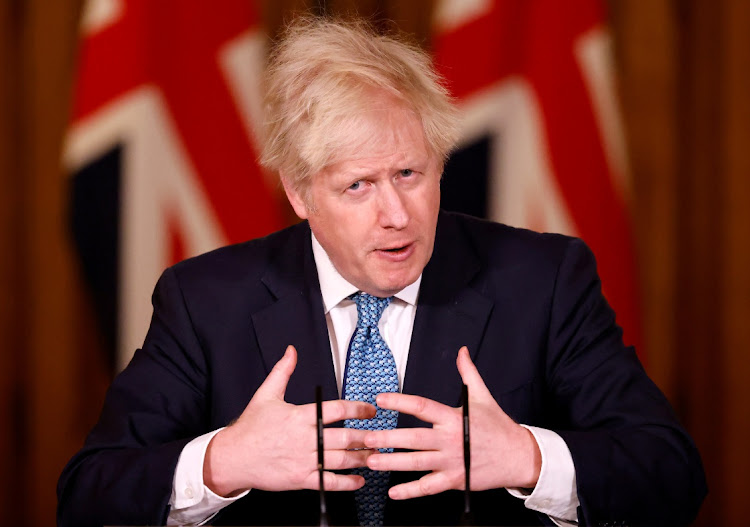 London — Boris Johnson has a new enemy in his battle to persuade the British public to follow lockdown rules: himself.

On Sunday, the prime minister was spotted riding his bike, along with his security officers, at the Olympic Park in east London, 11km away from his official Westminster residence.

Government guidelines say outdoor exercise should be limited and people should stay in their local area. The premier and his team warned on Monday a tougher lockdown may be needed if people continue to ignore the restrictions.

The episode, first reported by the capital’s Evening Standard newspaper, sparked a slew of questions to Johnson’s office, which was unable to supply a statement explaining his trip.

In the end it fell to health secretary Matt Hancock to give the premier political cover, saying an 11km outing for exercise is allowed. “It is OK to go for a long walk or cycle ride,” Hancock told a news conference. “But stay local.”

Yet Johnson remains open to criticism, and the risks are multiple for a leader whose pandemic strategy has been marked by U-turns in a country that already takes a looser approach to coronavirus rules than its neighbours. A succession of British politicians and public figures have been caught breaking the lockdown since the pandemic began, leading some, but not all of them, to apologise or resign.

The premier’s bike ride could undermine his own government’s message at what he says is a “perilous” moment for the country, with the pandemic out of control and hospitals on the brink of being overwhelmed.

Almost 82,000 people across the UK have died from the disease — with an average of 926 a day over the past week — and 32,294 are being treated in hospitals, Hancock said Monday. While 2.2-million people have been vaccinated, more than anywhere else in Europe, ministers urged Britons not to be complacent.

Johnson and his officials spent much of Monday appealing to people to keep to the rules on staying at home, except for vital journeys, and backed police and supermarkets taking a tough line enforcing them.

If the public thinks the prime minister is bending the guidelines, they may ask why they should take a responsible approach. That could spark a fresh wave of rule-breaking and further worsen the surge in infections.

As his government’s chief spokesperson, Johnson is also trying to persuade the UK population to get vaccinated in the weeks and months ahead. That, too, may prove harder if his credibility is damaged.

Politically, Johnson’s trip opens him up to charges of double standards. It revives memories of the most infamous example of alleged lockdown rule-breaking, when his former adviser Dominic Cummings drove 400km to seek help with childcare at a time when the rest of the country was being told to stay at home.

When that story broke last May, Johnson stuck loyally by Cummings, refusing to fire him despite a public outcry and calls for his dismissal from senior colleagues inside the governing Conservative Party.

Cummings is now out of government, but at the time officials worried about the damage the controversy would do to public compliance with lockdown rules. Pollsters say the trip by Cummings still comes up regularly in focus groups when discussing the restrictions.

Some in Johnson’s own party also fear it delivered a long-term hit to their prospects. The general election is not due until 2024, but local contests are scheduled for May.

It is not clear yet how much of a furore Johnson’s Sunday afternoon cycle ride will cause. One question his officials have not answered, for example, is whether he was driven to east London before getting on a bike.

If more damaging details emerge, the premier will face renewed criticism from his own party. Ultimately, voters could choose to punish him when they are next given the chance.