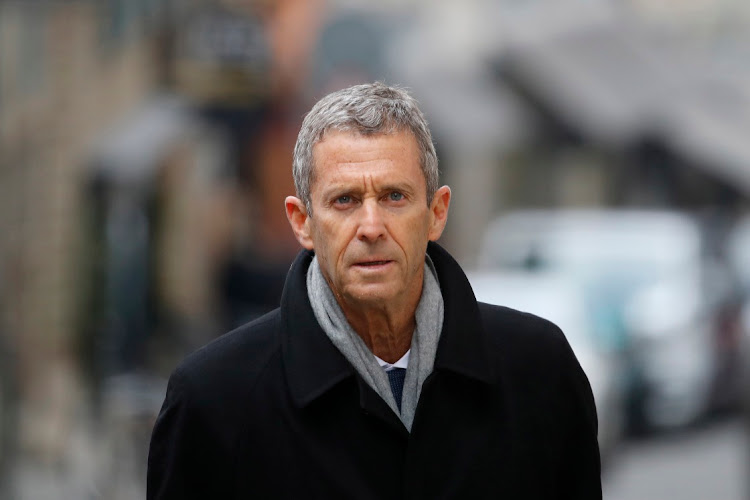 Geneva — French-Israeli tycoon Beny Steinmetz defended his investment in an African iron-ore mine, telling a Geneva court that the $5bn valuation of a site that he secured for less than $200m was part of the industry’s reward for risk-taking.

Steinmetz is testifying during the second day of his trial on charges of bribery in Geneva. He dismissed questions from presiding judge Alexandra Banna about transactions that allowed him to take control of a giant iron-ore mine in the south of Guinea.

The businessman and two others are accused of paying the wife of the former president of Guinea at least $8.5m to help secure the mining rights. Prosecutors also allege that they used forgery to create a complex web of shell companies and share structures to hide the payments. The trio deny the charges.

“If a business takes a risk, it’s normal that it’s compensated,” Steinmetz said. The project represented “a dream for Guinea”.

Prosecutors in Geneva, where Steinmetz lived and operated businesses, are pursuing the case against the three businesspeople accused of making payments to Mamadie Toure, the wife of late Guinean president Lansana Conte.

The case is the latest piece in a more than decade-long dispute over one of the world’s richest mineral deposits. Steinmetz acquired the rights to the Simandou iron-ore project in Guinea in 2008 just as Chinese demand surged. Then the African country’s new president, Alpha Conde, seized back the asset following a corruption probe, triggering investigations elsewhere into companies Steinmetz controlled.

Steinmetz’s BSG Resources bought the rights just weeks before Conte died. BSGR then sold a 51% stake to Brazilian mining giant Vale for $500m up front, with an agreement to pay another $2bn as the project met targets.

After Guinea’s Conde seized back the mine, Vale sought compensation from BSGR, and won a $2bn in a London arbitration that’s now become the subject of a legal dispute.

Investing in commodity markets and the mining industry can be risky, with the sectors often subject to volatile swings that catch out even the biggest companies.

Steinmetz’s previous bets on the sector have not all been successful. In 2007, he was forced to abandon plans for a $580m share sale in London for his Cunico Resources vehicle as markets soured. He also pulled a planned $1bn Hong Kong share sale in 2012 for his diamond-mining business.

On Tuesday afternoon, Steinmetz was grilled by prosecutor Yves Bertossa over discrepancies in the signatures on contracts between his company and Guinean officials including Mamadie Toure in 2006. Bertossa insisted that Steinmetz should be able to answer given he was BSGR’s boss.

Steinmetz said he did not know because he is the beneficiary of Balda, a Liechtenstein-based foundation that controls BSGR’s Guinea unit through four other holding companies. He is also a consultant to Balda but isn’t a BSGR executive.

Steinmetz earlier referred to “lies” in Toure’s previous testimony in a related US case. Toure is scheduled to appear as a witness on Wednesday, but it’s not clear if she will attend.

A New York lawyer who previously represented Toure declined to comment and separate attempts to reach Toure were unsuccessful.

Steinmetz and two businesspeople are accused of paying Mamadie Toure, the wife of Guinea’s late former president, $8.5m for rights to the Simandou ...
World
9 months ago

In the lawsuit, 73 plaintiffs living around the mine say they have suffered respiratory infections and headaches
World
1 year ago

A legal wrangle between Rio Tinto, Israeli billionaire Beny Steinmetz and Guinea had stalled the development, but that changed in late 2019
World
1 year ago
Next Article

SA’s Mick the Miner has returned and is eyeing Guinea

SA’s Mick the Miner has returned and is eyeing Guinea