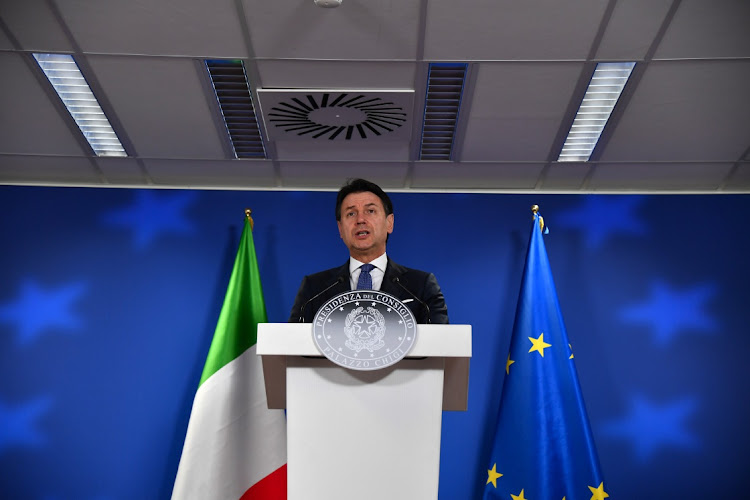 Rome — The last decade has seen a worsening of the relationship between Germany and its southern eurozone partners. At the height of the bloc’s sovereign-debt crisis, Greek protesters depicted Chancellor Angela Merkel with Adolf Hitler moustaches, a crass way to criticise the painful structural reforms and austerity measures that creditor nations negotiated with Athens.

Where Greece and Germany once personified the rift between Europe’s south and north, Italy has taken on the former’s role in recent years because of its huge sovereign debt. The early days of the pandemic made things worse between Berlin and Rome, as Italian politicians blamed the Germans for a lack of solidarity at a time of deep crisis.

Thankfully, there are signs that this broken relationship is finally on the mend. Germany has been eager to assist overseas Covid-19 patients, including many in Italy, and has launched a charm offensive to improve its reputation in the country. Merkel has become one of Italy’s most precious European allies after she championed a large pandemic recovery fund in the face of opposition from frugal countries such as the Netherlands and Austria. While opinions on the EU remain frosty in Italy, there has been a slight thawing towards the bloc’s most powerful nation.

More repair work is still needed. Since the euro’s creation, Berlin has been the defender of budgetary rigour and monetary orthodoxy. In Brussels, Germany pushed for the enforcement of fiscal rules such as the Stability and Growth Pact, which limit the size of national deficits and debts.

On the European Central Bank’s governing council, the Bundesbank has long been preoccupied by the threat of inflation, and has been sceptical of unorthodox measures such as bond buying that have capped borrowing costs for the likes of Italy. Politicians in southern Europe have accused Germany of imposing punishing austerity on their countries, blaming it for everything from crumbling infrastructure to ineffective health services.

Covid-19 made these criticisms louder initially. Italy’s Prime Minister Giuseppe Conte went on German television in March to demand a more cohesive EU response to the pandemic shock. In May, a Demos poll published in Italy’s La Repubblica showed the proportion of Italians who said they trusted Germany had dropped from 42% in January 2019 to 26% in April 2020, putting Berlin on the same level as Beijing and just behind Moscow.

The situation has changed since those dark days. The German public, long sceptical about European solidarity, appeared to soften. Dramatic images coming out of Italy during the outbreak’s first wave — including the army transporting coffins out of Bergamo because local cemeteries were overwhelmed — struck a chord with a country that was at the time far less affected by the new coronavirus. The German government airlifted patients from intensive-care units in Lombardy and other regions to its own less overwhelmed hospitals.

An even deeper shift happened during Europe’s springtime, when Merkel dropped her long-standing opposition to raising a big amount of debt at the EU level. In July, Europe’s leaders agreed to put together the “Next Generation EU” fund, a €750bn facility to disburse grants and loans to member states depending on their economic needs. Merkel helped overcome the opposition from the bloc’s “frugal four” countries — including the Swedes and Finns, as well as the Dutch and Austrians — who fear the money will be misspent.

In December, when Hungary and Poland resisted the fund because of provisions to tie it to respect for the “rule of law”, Merkel again brokered a deal. In the eyes of Italy, the great opponent has become the great compromiser.

“Brand Germany” is no longer as toxic as it used to be. In October, when Conte had to leave an EU Council meeting because of domestic engagements, he delegated Merkel in the crucial negotiations on the pandemic fund — a move that would have been unthinkable just a year ago.

Italians increasingly view the German chancellor as an effective leader, also thanks to her competent pandemic management. In December, a poll from Quorum-YouTrend for Sky Italia showed a majority of respondents thought she’d been the best leader in the crisis. She had a 15 percentage-point lead on Conte. In mid-December, when Merkel announced a round of tighter lockdown restrictions in Germany, the Italian government decided to reconsider a relaxation of its rules over Christmas. Where the Germans lead, Italians now follow.

The relationship between Germany and southern Europe is bound to remain complicated. The future direction of monetary policy and the use of the pandemic fund are only two issues on which disagreements with Italy are bound to arise. But, for now, the rapprochement between Berlin and Rome is good news for the eurozone. It proves that Europe can show unity of purpose, even at a time of emergency.

Agreement  on Northern Ireland will help chances of trade deal, but talks still hang in the balance
World
4 months ago