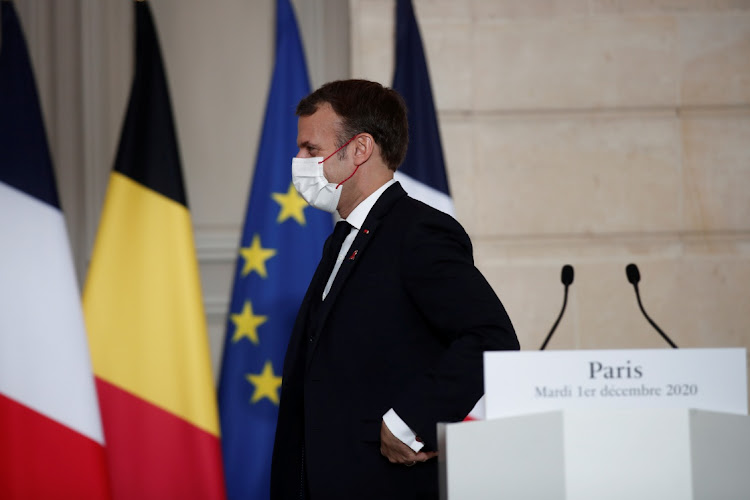 Macron was running the country remotely after going into quarantine in the Elysee Palace, the presidency said. His wife, Brigitte, was also self-isolating.

“This diagnosis was made following a PCR test performed at the onset of the first symptoms,” Macron’s office said, declining to give further details of his conditions or the symptoms he had.

Macron will cancel all upcoming trips including a December 22 visit to Lebanon, where the French president has led international efforts to resolve a deep-rooted political crisis.

But it was closer to home that Macron’s Covid-19 infection spurred other leaders to take their own tests.

Macron joined all but two of the EU’s 27 leaders at a summit in Brussels late last week to discuss climate change, the EU budget and Turkey.

Macron, German Chancellor Angela Merkel, Italian Prime Giuseppe Conte and others were seen initially mingling in the summit room with their face masks on. German officials said Merkel wore a mask at the summit and complied with Covid-19 rules.

The German government said Merkel tested negative for the coronavirus after the EU summit.

Costa was in self-isolation and awaiting the results of a test, though displaying no symptoms, his office said. Sanchez’s office said he would quarantine until December 24. An EU spokesperson said Michel would self-isolate as a precaution.

Macron’s illness comes as negotiations between Britain and the EU over a post-Brexit deal near their crunch point, with France saying it would rather veto a bad deal than sacrifice its fishermen.

“Sorry to hear my friend @EmmanuelMacron has tested positive for coronavirus. We are all wishing you a speedy recovery,” Johnson said on Twitter.

Johnson himself caught Covid-19 in March and fell gravely ill. He tried to work through the illness but ended up in intensive care.

Macron lives a healthy, active lifestyle, his aides say. He exercises regularly and does not smoke.

France has one of the highest Covid-19 death counts in Western Europe. The disease has killed nearly 60,000 people and Macron’s positive test comes just after France replaced a nationwide lockdown with a curfew, even as new cases show signs of ticking higher once again.

Elysee Palace officials said Macron and his team were trying to assess where he could have contracted the virus. Government spokesperson Gabriel Attal said Macron detected the first symptoms late on Wednesday.

Two days earlier, the president had also held a four-hour long debate with members of a citizens’ climate convention. Macron wore a face mask throughout the event attended by several dozen people.

On Wednesday, he chaired a cabinet meeting.

Prime Minister Jean Castex will also self isolate after coming into contact with Macron over the past few days, although he has tested negative, his office said.

Political party chiefs from France’s lower house of parliament, the National Assembly, were also in isolation as they had had a lunch with Macron earlier this week.

Finance minister Bruno Le Maire had been the highest-profile politician in France to get the virus until now. He said after recovering that it had been a particularly tough ordeal.

In only their second joint editorial in more than 100 years, the journals say the government’s ‘blunder’ will cost many lives
World
7 months ago

Andrzej Izdebski has provided less than 20% of the 1,241 ventilators the government agreed to buy for about $53m; of the 200 ventilators delivered — ...
World
7 months ago