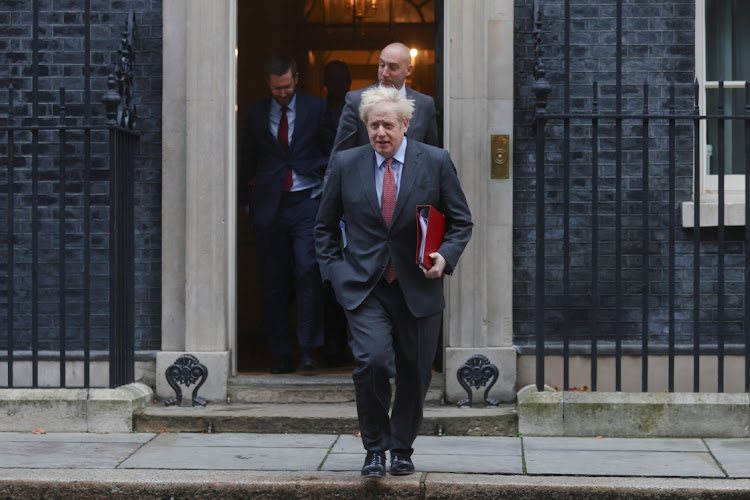 London — Prime Minister Boris Johnson said on Tuesday that there may be a time when Britain should call an end to post-Brexit trade talks, a day after agreeing to meet the European Commission head in a last-ditch attempt to break the stalemate.

With just over three weeks before Britain completes its journey out of the bloc, Johnson is due to meet Ursula von der Leyen in the coming days, after negotiators failed to close the gaps in talks.

Both sides have called on the other to compromise to get a deal over the line but neither has been forthcoming. On Tuesday Britain repeated its red lines in the talks, as did France, which has taken a particularly tough line among EU members.

While a senior British government source said there is “every chance we are not going to get there”, French European affairs minister Clément Beaune said Paris would oppose any agreement that “sacrifices” its fishermen.

Since Britain left the EU in January, the two sides have been stuck over three issues, raising the prospect of what many businesses say is their nightmare scenario — no agreement to govern about $1-trillion in annual trade.

Asked if he would try to do a deal right up until the wire, Johnson told reporters: “Yeah, of course.”

“We’re always hopeful but you know there may come a moment when we have to acknowledge that its time to draw stumps and that’s just the way it is,” said Johnson. “We will prosper mightily under any version and if we have to go for an Australian solution then that’s fine too,” he added. Australia has no free trade deal with the EU, which means the bulk of its trade is on World Trade Organisation terms (WTO).

Beaune told RMC radio said he thinks “we still have a few days to negotiate”, but “on fisheries there is no reason to yield to Britain’s pressure. We can make some efforts but sacrificing fisheries and fishermen? No.”

Germany’s Europe minister Michael Roth called on Britain to show “political will”. “Let me be very clear: Our future relationship is based on trust and confidence,” he said. “It’s precisely this confidence that is at stake in our negotiations right now.”

Negotiators have been charged with preparing “an overview of the remaining differences” before Johnson meets Von der Leyen in Brussels for a last roll of the dice to secure a trade deal.

Leaders of the 27 EU member states have agreed to step up contingency planning for the effects of a no-deal on their economies when they meet for a summit this week.

Britain, which joined the EU’s precursor in 1973, formally left on January 31 but has since been in a transition period under which rules on trade, travel and business remain unchanged.

For weeks, the two sides have been haggling over fishing rights in British waters, ensuring fair competition for companies and ways to solve future disputes.

Johnson, a leader of the 2016 referendum campaign to leave the EU, has repeatedly said any deal must respect Britain’s sovereignty. Von der Leyen does not want to offer too much to London for fear of encouraging other member states to leave, and must also deliver a deal that does not alienate any of the 27.

This festive season, UK’s supermarkets will face the challenge of unprecedented demand due to the pandemic and the Brexit transition
World
10 months ago