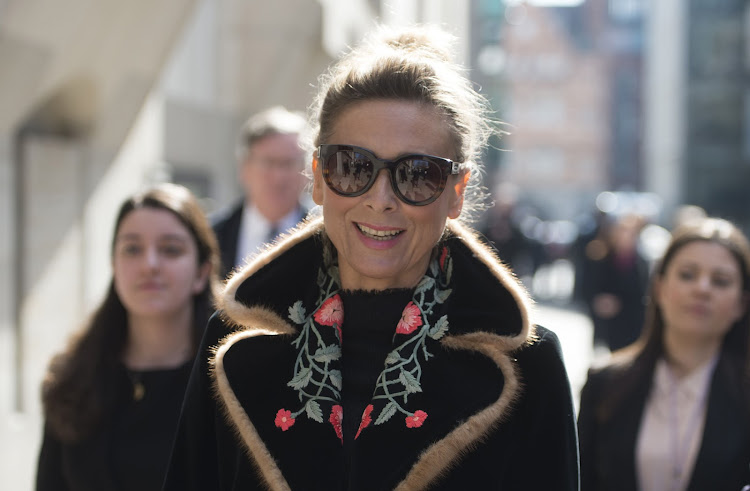 London — The son of a Russian oligarch  says $50m in funds from his father did not disappear because he was hiding the assets from his mother. The truth, he says, is that he lost the money on “risky” trades while he was at university.

Farkhad Akhmedov’s son, Temur, is at the centre of the latest legal fight stemming from Britain’s largest divorce case. The 27-year-old said that his mother, Tatiana Akhmedova, was well aware of his trading activities at the London School of Economics. She had even consoled him after  the loss.

“That the sums were astronomical is nothing to the point,” Temur’s attorney, Robert Levy, said in a legal filing. “Some of the extremely rich lavish their children with unimaginable sums. That is what Farkhad and Tatiana did during their marriage.”

The claim came out at a London court where Tatiana has accused her son of “wholeheartedly” aiding her former husband. She is seeking to recover a £450m court-approved divorce payout, and alleges the men worked together to hide the cash. Farkhad Akhmedov has refused to pay, leaving Tatiana to pursue cases in at least six countries.

Farkhad made much of his wealth from the sale of his stake in a Russian gas producer in November 2012 for $1.4bn.

The fight has led to so-far unsuccessful legal attempts to seize a 115m superyacht once owned by Roman Abramovich that is holed up in Dubai, and a collection of modern art worth more than $140m in a secure storage facility in Liechtenstein.

This week’s hearing is centred on Temur’s apparent wealth. Tatiana’s legal team has said that judge Gwynneth Knowles could order the sale of his London apartment, a property that was initially bought for £29m.

“For me, day-trading equals gambling,” Tatiana said as she gave evidence on Monday.

Temur is set to testify later in the week after telling the judge that he flew to Moscow when he should have been in London because he was stressed and scared. He admitted hours ahead of the hearing that he’d tried to prevent some of his devices from being handed over — and by so doing he had breached a court order. The latest statement was a “huge admission”, his lawyer said.

“This is a gentleman who has played fast and loose” in an attempt to limit information being made available, Levy said of Temur.

Central to Temur’s case is that his mother was aware of his trading — even if she disapproved — and that it was never part of any attempt to put the money out of reach. But Tatiana said her eldest son played a leading role in the plan and was involved as early as September 2015, before the divorce ruling the following year.

“If the Tatiana problem did not exist, my father would not move his assets anywhere,” Temur wrote in an e-mail at the time.