Britain is the guinea pig amid huge mobilisation to deliver vaccine 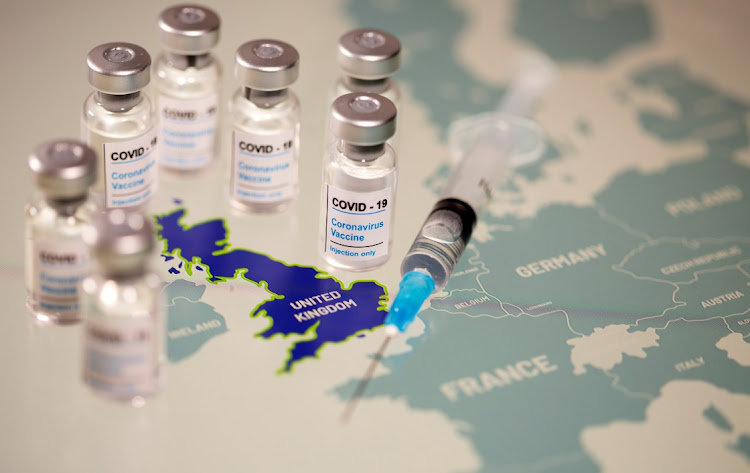 London — Less than a year after the coronavirus crisis erupted, a huge mobilisation to deliver a vaccine is under way, and Britain has emerged as a proving ground.

Having cleared the shot from Pfizer and BioNTech, the UK is set to become the first Western country to vaccinate its citizens, a turning point in the battle to halt a pathogen that has killed more than 1.5-million people. Britons are expected to begin rolling up their sleeves on Tuesday, with about 50 hospitals initially taking part in the campaign.

As the focus shifts from research & development to distribution, the country of 67-million people finds itself in the spotlight. Deployment of the Pfizer vaccine — with potential shots from Moderna, AstraZeneca and others waiting in the wings — will need to overcome a series of production and logistics hurdles. Health systems also must convince some medical workers and members of the public that it’s safe to take the jab.

“We’ve demonstrated the power of science, ingenuity and ambition,” said Rajeev Venkayya, president of Takeda Pharmaceutical’s vaccines business. “If we can do that as a global community, I believe we can certainly figure out how to get distribution done. That’s not to say we’re not going to run into problems. Of course we will. We’ve never done this before.”

Britain, like some other Western governments, has faced criticism over its approach to testing, contact tracing and other parts of its response: The pressure is on to avoid such snags with inoculations. Heading into a potentially grim winter, hospitals countrywide are already under strain.

The country should brace for some “hard months”, the chief medical officers of the UK wrote in a December 4 letter, warning that socialising around Christmas could put additional stress on hospitals into the new year. Immunisations may help reduce Covid hospital admissions and deaths significantly by spring, they wrote, “but there are many weeks before we get to that stage”.

Getting a vaccine swiftly to tens of millions of people is a huge challenge, and Pfizer’s product adds to the complexities. The shot has to be transported at about -70ºC, colder than winter in Antarctica. After arriving, it can be stored in freezers, in a hospital fridge for five days, or up to 15 days in special Pfizer thermal shippers filled with dry ice.

Boxes of Pfizer and BioNTech’s vaccine, produced in Puurs, Belgium, have been dispatched to secure locations in the UK by truck or aircraft, each containing five packs of 975 doses. On arrival, the vaccine undergoes a quality assurance process that takes 12-24 hours.

People over the age of 80, care-home staff and health workers who are at highest risk of illness will be first to receive jabs, according to a statement from England’s National Health Service. Eventually, as many as 1,000 vaccination centres, operated by groups of general practitioners, will come online, the government said.

The UK regulator’s decision on Wednesday to clear the Pfizer-BioNTech vaccine ahead of the US Food and Drug Administration and its European counterpart paved the way for the immunisations to begin. The government had signalled that possibility for months, positioning the regulator to authorise a shot independently before the end of the Brexit transition period on December 31.

While speeding to deliver a vaccine, the nation also must grapple with concerns it’s moving too quickly. Anthony Fauci, the US government’s top infectious-disease specialist, slammed the UK’s drug regulator on Thursday, saying that it rushed to clear the Pfizer vaccine, though he later toned down the comments. Crowing from politicians about the UK being first has also drawn fire, though the US may also authorise the vaccine this week.

Now the focus turns to mass immunisation. The country has secured 40-million doses of Pfizer’s shot — enough to vaccinate 20-million people — and health secretary Matt Hancock has said that the country expects an initial 800,000 doses to arrive this week.

How the health system will get shots to elderly nursing home residents and staff remained unclear as of last week. It’s important that they’re brought to the facilities where they live and work, according to Liz Jones, policy director at the National Care Forum, which represents providers.

“We shouldn’t go to the default position that says, ‘you have to take the people to the vaccine,’” she said. “We want to see a rapid exploration of how we can take the vaccine to the people.”

As governments deliver vaccines, they will need to implement monitoring systems to look out for potential side effects, according to Takeda’s Venkayya, who is also former special assistant to US president George W Bush for biodefence. The supply and demand equation also poses a dilemma.

“There will be challenges with the allocation of a scarce resource in the early days,” Venkayya said.

With the distribution of a Covid vaccine, the stakes are huge as governments including the UK desperately look for ways to reopen economies, lift restrictions — and save lives.

The UK is likely to have enough vaccine for two-thirds of its population by July 2021, hitting that level three months after the US but about two months before the EU, according to an analysis by London-based research firm Airfinity. The estimates are based largely on the supplies governments have secured per capita and production capacity in each region.

“Where we go from here will determine not only how quickly we can get control of the situation and return to some degree of global stability,” said Daniel Bausch, an infectious disease specialist at the London School of Hygiene and Tropical Medicine, “but ultimately whether the Covid-19 vaccine effort will go down in history as the biggest public health success or failure”.

It’s hard to say, since Zweli Mkhize’s department of health seems to have taken an executive decision that the country has “communication fatigue”
Opinion
11 months ago

By late November, 9.8-billion doses of Covid-19 vaccines had been preordered around the world – before a single candidate had come to market. None ...
Opinion
11 months ago
Next Article