The UK and US, which are poised to roll out Covid-19 shots in 2020, are streaking ahead 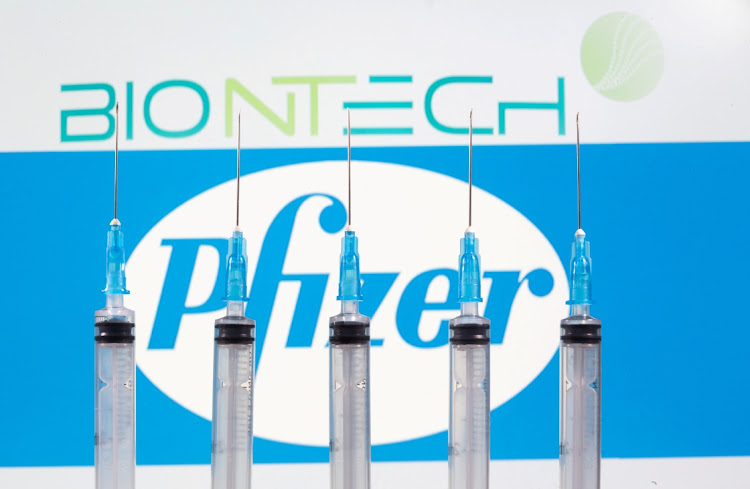 London — With Covid-19 vaccines coming soon, the countries likely to pull ahead in protecting their populations are not a big surprise. Britain has become the first Western country to clear a shot, and after ploughing as much as $18bn into Operation Warp Speed, the US is in a prime position.

But the EU is forecast to trail its peers in immunising tens of millions of people as vaccines from Pfizer, Moderna and AstraZeneca near the finish line. That could leave the bloc vulnerable to the pandemic and buoy UK efforts to demonstrate the country is better off on its own after Brexit.

The EU will likely have enough vaccine for two-thirds of its population by September 2021, hitting that level more than four months after the US and two months behind the UK, according to an analysis by London-based research firm Airfinity. The estimates are based on the supplies governments have secured per capita, production capacity in each region and the expected efficacy of the shots.

Several Western countries are making plans to begin vaccination imminently, which will require close monitoring of safety. Regardless of how soon they start, immunising 60%-70% of the population is the critical point, as it may allow societies to safely reopen without the threat of mass disease and inundated health systems.

Governments across the industrialised world are already under fire for their flailing efforts to revive economies as the pandemic fills hospitals with more than 90,000 patients in the US alone. While concerns grow that wealthier nations will move ahead of lower- and middle-income regions, the prospect of parts of the rich world recovering more slowly than others threatens to create additional international friction.

France, Germany and other European countries have managed to curb coronavirus cases, but not without new lockdowns and restrictions that have hurt limping businesses.

“Suppose the US marches ahead and gets a lot of its population vaccinated faster than in Europe, you can imagine the pressure European politicians are going to come under,” said Simon Evenett, a professor of international trade and economic development at the University of St Gallen in Switzerland. “As a source of tensions between countries, this really could spiral.”

The European Commission, which has secured almost 2-billion Covid vaccine doses through six supply agreements on behalf of its members, declined to comment directly on whether they’re likely to be able to immunise their populations as fast as the US or other nations.

“What matters is to ensure a quick deployment of vaccines which have been deemed safe and effective,” the EU’s executive arm wrote in a November 30 e-mail, adding that it is working with member states to ensure they are ready for distribution as soon as available.

While vaccines could begin rolling out in the US and Britain before the end of 2020, Airfinity projects that the EU’s first doses won’t arrive until January. Health officials in France have said they expect to start vaccinating people in late December or early January, and that all EU countries will get their doses at the same time.

German health minister Jens Spahn meanwhile has said special immunisation centres should be ready by the middle of December, and he expects high-risk groups to begin receiving vaccinations in January.

Britain’s medicines regulator approved the shot from Pfizer and German partner BioNTech on Wednesday, moving ahead of the US and EU. The shot is awaiting a decision from the US Food and Drug Administration in the middle of December, while clearance from the European Medicines Agency is expected towards the end of 2020. Moderna and AstraZeneca are most likely to follow.

Supply is a key factor behind the outlook. The EU has secured the equivalent of 1.9 doses per person from the three front-runners, compared with 4.2 doses in the US and 2.2 doses in the UK, according to Bloomberg Intelligence. The EU has also done more of its contracting with drugmakers such as Johnson & Johnson that are expected to finish later.

The US is also a leader in production. This will play an important role as “countries are unlikely to export shots in large quantities until their own vaccination goals are met”, said Rasmus Bech Hansen, Airfinity’s CEO.

A number of other factors could change the pace of deployment. It’s unclear how countries will navigate logistics hurdles and how many of their citizens are willing to roll up their sleeves, while some European countries are taking their own steps to immunise their citizens.

Germany, for example, is carrying out direct talks with domestic developers to obtain more doses than would be allocated through the shared EU plan, said Spahn, the health minister. The country has secured access to more than 300-million doses, including the shot developed by BioNTech and Pfizer, officials said.

The US has benefited from outspending other nations and investing in a number of different vaccines, said Klaus Stohr, a former official at the World Health Organisation who helped mobilise governments and drugmakers against potential pandemics. The country’s experience in developing immunisations, helped by its Biomedical Advanced Research and Development Authority (Barda), has contributed too, said Stohr, who also worked at drugmaker Novartis.

Any scenario in which Europe trails Britain and the US could put European officials in the hot seat. The bloc has already faced calls to step up its crisis response efforts, and European Commission president Ursula von der Leyen has announced a proposal to create an EU version of Barda.

The US agency has “shown that it can deliver”, Stohr said. “It’s stable and has continued to be funded. Something for Europe could make sense,” he said.

Still, Stohr said he believes the EU has done well in securing vaccines. Despite an ambitious global initiative that aims to distribute shots equitably, the worry is what happens in developing countries, rather than Europe falling behind the US, he said.

“My major concern is much more that people in Southeast Asia, Africa, Latin America will not have a vaccine,” he said. The majority of people in the world “will have no vaccine well into 2021, and most likely into 2022”.

Throughout the pandemic, uneven availability of personal protective equipment (PPE) and other supplies has sparked an outcry. With vaccines, the stakes are even higher, said Evenett, the professor in Switzerland.

If some wealthy nations are able to vaccinate their populations significantly faster than others in 2021, he said, “this will make the mad rush for PPE look like a picnic”.

US coronavirus adviser calls for SA to get vaccine relief

The application comes days after they applied for emergency use in the US, and they say the vaccine could be  rolled out in Europe in December
Companies
1 year ago

Russia will have produced two-million vaccine doses within the next few days, the Russian prime minister says
World
1 year ago
Next Article