Black people are hired as interns or at entry level, with few in decision-making roles 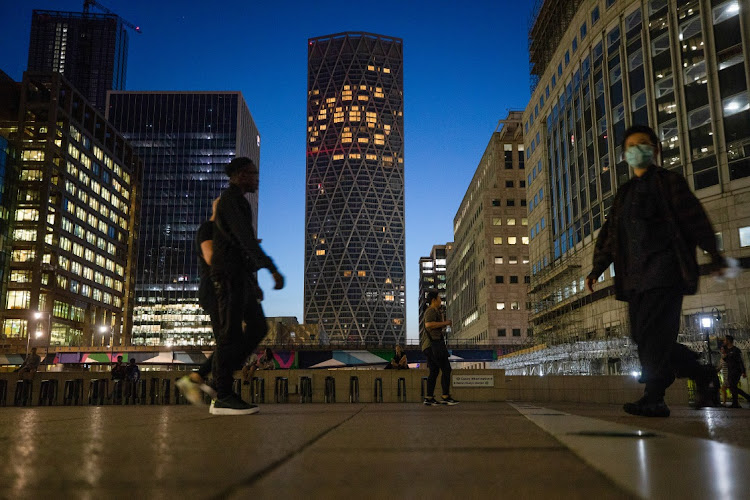 London — For all the placating noises from UK finance industry chieftains, a truly diverse workforce in the sector may be years — if not decades — in the making.

In the wake of the Black Lives Matter protests in 2020, executives in the industry fell over each other to promise a more representative staff. Much of what they’ve done so far, however, is to sign up black people for intern and entry-level roles rather than devise plans for diversity across the business, including at senior levels. That has critics suggesting the industry is just ticking boxes and trying to achieve diversity on the cheap.

“We have so much support around entry level and supporting people from different social and educational backgrounds but then that support falls away,” said Gina Miller, the Guyana-born founding partner of wealth management firm SCM Direct and an anti-Brexit campaigner. “It has to be sustained all the way through organisations.”

The industry’s diversity numbers do little to dispel its reputation. Black people account for less than 1% of investment managers in the UK compared with 3% of the broader population and more than 13% in London, where most of the industry is based, according to the Investment Association.

And it’s not for a lack of qualified candidates. More than 65% of black employees in the UK have degrees, master’s or PhDs, compared with 52% of white employees, according to a recent survey-based report.

“What we’ve got to do is go beyond the internships and do something to recruit black people and to progress their careers in the financial sector,” said Harry Matovu, a trial lawyer who created a Charter for Black Talent in Finance and the Professions that has not been signed by any investment bank so far. “Give them the aspiration that they can be the CEOs of these big banks, directors in these big banks.”

There’s little to suggest that the heightened awareness over the issue has funds beating at the doors of headhunters for senior-level black executives.

“The real push is on gender not race, because race is even further behind the curve,” says Dinah Cencig of Armstrong International in London, who in the past 10 years headhunting credit investment professionals has placed two black people out of more than 70.

Executives at HSBC Holdings, Barclays and Standard Chartered have acknowledged the need to boost the diversity of senior management. At HSBC, for instance, less than 1% of senior leaders in the UK are black.

But for now, the industry has unveiled a programme called #100BlackInterns. Two hundred investment firms, including BlackRock and Pacific Investment Management, agreed to take at least one paid black intern each starting in mid-2021.

“They’ve got to be in this for the long haul for this to have the desired effect,” said Jonathan Sorrell, president of Capstone Investment Advisors and one of the programme’s organisers. “This can’t be a one-time thing.”

Sorrell and other programme founders came up with the idea earlier in 2020 in response to the fact that only about 15 out of the thousands of portfolio managers in London are black.

Some broader efforts are also being made. A mentoring plan by the Investment Association and asset manager group #TalkAboutBlack is matching 16 black professionals with at least 15 years of experience with senior executives, including industry heavyweights Rachel Lord, head of Europe, Middle East and Africa for BlackRock, and Schroders CEO Peter Harrison.

Trade organisations are keen to step up the pressure. The International Capital Market Association, which has 600 members across 62 countries, included race and diversity among challenges facing young professionals in a YouTube discussion in October.

Some black fund managers are feeling optimistic. Omotunde Lawal, the London-based head of emerging markets corporate debt at Barings, says she gets messages every day from young black people looking to break into the industry. That’s up from one or two such queries a year.

“We’ve brought the race discussion to the fore,” said Nigerian-born Lawal, who spoke in October at an ELFA discussion on race. “I wish I’d had people that I could have picked up the phone to back then to say, ‘How did you get here? What did you do?’”

For all the talk, though, few funds have set specific racial diversity targets, suggesting it will be a while before black people play a meaningful role in the industry.

“Rarely do black people end up in revenue-generating or decision-making roles,” an unidentified black executive is quoted as saying in an Investment Association report. “We have a prevalence of junior black people in support functions.”

SCM’s Miller says it will take a complete change in the industry’s mentality to turn that around.

“It’s all very well to say that you’re going to have a mentoring programme, but what if those mentors still have the same biases?” she said. “You have to train the mentors as well as the mentees, and that’s what I’m not seeing.”