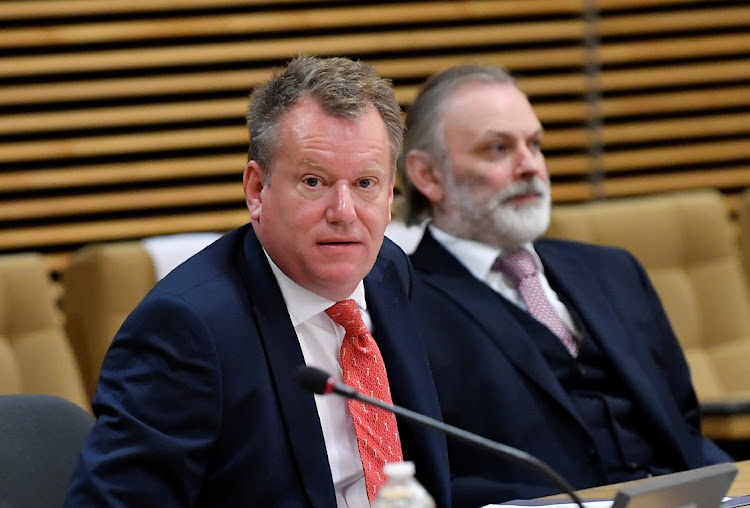 The UK government has signalled that the abrupt departure of two of Brexit’s architects from Downing Street will not prompt it to back down as negotiations with the EU enter another crucial week.

Officials from both sides said on Sunday that the coming days will be pivotal as they each try to overcome the key barriers to reaching a trade deal, with Irish foreign minister Simon Coveney calling it “move week”.

While that’s a familiar sentiment in the back-and-forth of Brexit, the urgency is ramping up as Britain’s departure from the EU’s single market on December 31 fast approaches. Because both sides need time to ratify and implement any accord, they need to strike a deal weeks before then. Without one, millions of consumers will face the return of quotas and tariffs for the first time in a generation.

As he returned to Brussels for another week of talks, the UK’s chief negotiator, David Frost, said he “will not be changing” his position in discussions with his EU counterpart.

That’s an important signal after the departure of two of the most senior figures from the Leave campaign from Prime Minister Boris Johnson’s inner circle last week prompted speculation the UK could be about to soften its demands.

Instead, Frost cautioned that attempts to find a deal “may not succeed,” and said businesses should be ready for change on December 31, whether a deal is reached or not. Still, he noted “some progress in a positive direction in recent days”.

The issues of state aid and fishing remain the main sticking points in talks that have been dragging on for eight months: the EU wants to maintain its current access to UK fishing waters, while Britain is resisting the bloc’s efforts to force it to sign up to the level competitive playing field for business.

“We want our future co-operation to be open but fair in all areas,” Michel Barnier, the EU’s chief negotiator, tweeted on Monday.

While both sides can see what a final agreement would look like, Brussels officials insist that reaching a deal will require the UK prime minister to compromise first, a stance their British counterparts reject.

“Although there has been some progress in recent days, there is much work to be done and time is now very short,” Downing Street spokesperson James Slack told reporters on Monday. “If we are to make further progress in the coming days, we need to see more realism from the EU on what it means for the UK to be an independent state.”

On Sunday, the UK hinted that the negotiations could stretch out beyond this week, even if the year-end deadline hasn’t changed. Environment secretary George Eustice told Sky News it would be possible to “squeeze out extra time” if the two sides were close to an agreement.

That would follow a pattern that has seen the negotiations already crash through a number of informal deadlines. The EU has suggested it is prepared to continue the deliberations into December if necessary, according to two people familiar with the discussions.

Nevertheless, both the UK and the bloc “recognise that time is very short,” Eustice told Sky News’ Ridge on Sunday programme.

“This needs to be a week when things move, when we break through some of these difficult issues, and get a resolution, and at least have some sort of headlines of an agreement,” he said. “Otherwise it gets quite difficult, and we do start to run out of time to implement it.”

The departure of Dominic Cummings, Johnson’s top aide and architect of the successful leave campaign in the Brexit referendum, will have no effect on the Brexit negotiations, Eustice added.

Speaking on the same programme, Coveney said negotiators were running out of time. He warned that the two sides have “got to make big progress” this week.

UK and Ireland say breakthrough is urgent in Brexit talks