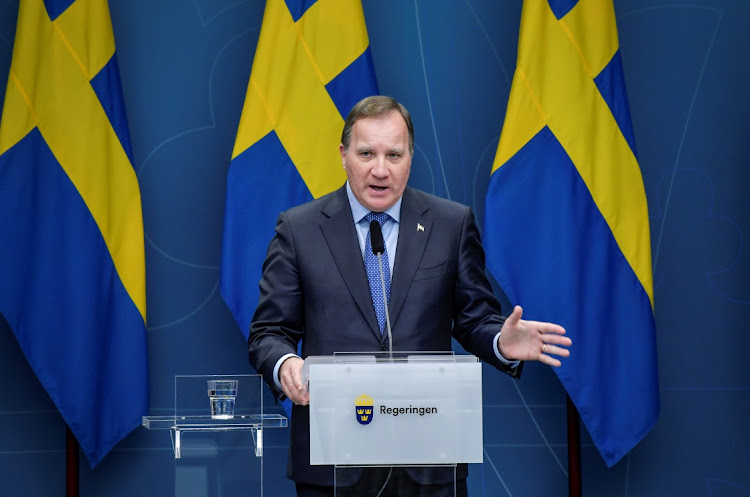 Stockholm — Sweden resorted to its toughest restrictions yet to fight the coronavirus pandemic, after a spike in new cases led to a steady influx of infected people filling intensive care beds.

From November 24, public gatherings of more than eight people will be banned, Prime Minister Stefan Lofven said on Monday. He said the “unprecedented” response was needed if Sweden is to “curb transmission.”

“This is a very clear and strong signal to everyone in this country and to the entire society about what the rules are going forward,” Lofven said.

Sweden was one of the few countries to avoid a lockdown earlier in 2020, relying instead on voluntary measures. The approach coincided with a much higher death rate than elsewhere in the Nordic region, but Swedish authorities stuck with the strategy, which they said would prove effective in the long run.

But with winter approaching and temperatures dropping, new cases in Sweden have soared. On Monday, 150 patients with Covid-19 were being treated in intensive-care units, a sixfold increase since the beginning of October, though still lower than the extremes seen in March and April.

“We are living in trying times, and it will get worse,” Lofven said. “Don’t go to gyms, don’t go to libraries. Don’t host dinners, don’t host parties. Cancel.”

The limit on public gatherings follows last week’s decision by Swedish authorities to ban the sale of alcohol after 10pm. Sweden had sought to rein in the virus by urging people to avoid contact with those outside their households, but the recommendations seem not to have worked.

“A part of the Swedish strategy has always been to work with prohibition as well as recommendations,” Lofven said. “Now we see that the adherence is lower, which is understandable in a way, because a lot of people are tired of this situation.”

Sweden’s economy has so far fared better than most during the pandemic, but the restrictions now being put in place are likely to dent the recovery. Bloomberg Economics says Sweden’s economy looks set to contract in the fourth quarter.

“The impact from stricter advisory and people’s fear of catching the virus is likely to linger through the winter, keeping a lid on activity in the hospitality and recreation sectors,” Bloomberg economist Johanna Jeansson said.