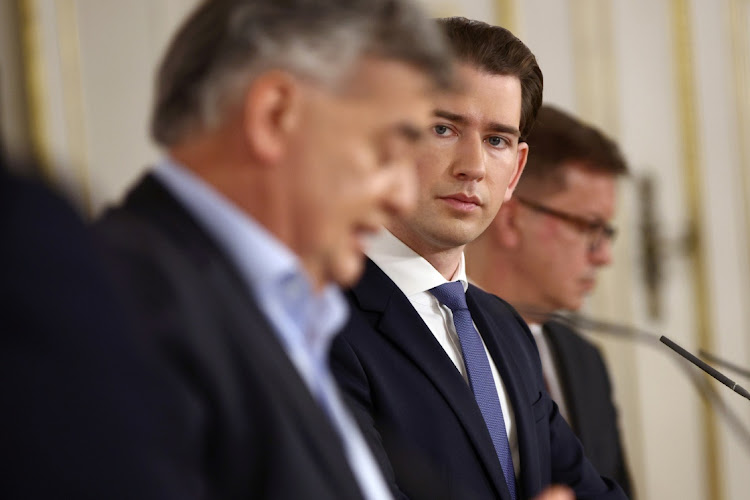 Vienna — Austria will shut schools and most shops, as well as  services such as hairdressers fron Tuesday, Chancellor Sebastian Kurz said on Sunday, after attempts to rely on self-discipline and moderate restrictions failed to slow the coronavirus pandemic.

The new measures come two weeks after a soft lockdown similar to Germany’s was imposed, leaving large parts of the economy and society open. With Austria’s infections spiking, Kurz said he hoped to end the latest measures on December 6 to allow some sort of Christmas celebrations.

“My urgent request: don’t meet anybody,” Kurz said at a news conference from the chancellery in Vienna on Saturday. “Every social contact is one too many.”

Finance minister Gernot Bluemel said aid for lost business revenue due to pandemic restrictions will be at least doubled.

Austria’s gradual reaction this fall is a contrast to March, when the government acted assertively and was among the first European nations to reverse the Covid-19 wave. “This government has failed,” said Beate Meinl-Reisinger, head of Neos, Austria’s smallest opposition party.

The country had more than 550 new cases per 100,000 people in the past seven days, one of Europe’s highest rates. Less than a quarter of infections can still be traced, the positive test rate is running at more than 20%, and hospitals and intensive care units are filling up.

The tighter rules are defined in a decree that has being put to the Austrian parliament’s main committee on Sunday and includes: People may leave their homes only for certain purposes including grocery shopping or other daily needs, to visit or support relatives, go to work, make urgent visits to court or official buildings, or go out for walks or exercise.

These restrictions, which were applicable only at night until now, will apply round the clock under the new plan.

Shops will close except grocery and chemists, banks, post offices, petrol stations, tobacconists and newsstands, as well as car repair shops, all of which will have opening hours restricted to 6am to 7pm.

Office jobs should be done from home if possible and distance learning will expand to under-14s, while schools remain open for parents who need child care.

While religious services are not  banned in the law, the Catholic church will suspend normal services and is in talks with the other religious communities to do the same, Archbishop Franz Lackner said in a statement.

Austria will expand aid for businesses affected by the lockdown, Bluemel said. In addition to restaurants and hotels, which can claim 80% of the revenue they had in November 2019 as compensation, services such as hairdressers and cosmetic salons will be able to claim the same. Stores will be able to claim 20% to 60%, depending on size, sector and other parameters, Bluemel said.

The extension and broadening of the lockdown will raise the cost of the compensation to at least €3bn, from €1.5bn earmarked under the earlier restrictions.

By granting the vaccine emergency-use listing, the WHO would effectively be recommending its use to member states
World
7 months ago

But Russia, which registered Sputnik V in August, has faced scepticism by scientists and pharmaceutical firms
World
7 months ago
Next Article

SA is not experiencing a second wave, but cluster outbreaks, says Zweli Mkhize

WATCH: Why SA’s unemployment is at a record high

SA is not experiencing a second wave, but cluster outbreaks, says Zweli Mkhize

WATCH: Why SA’s unemployment is at a record high