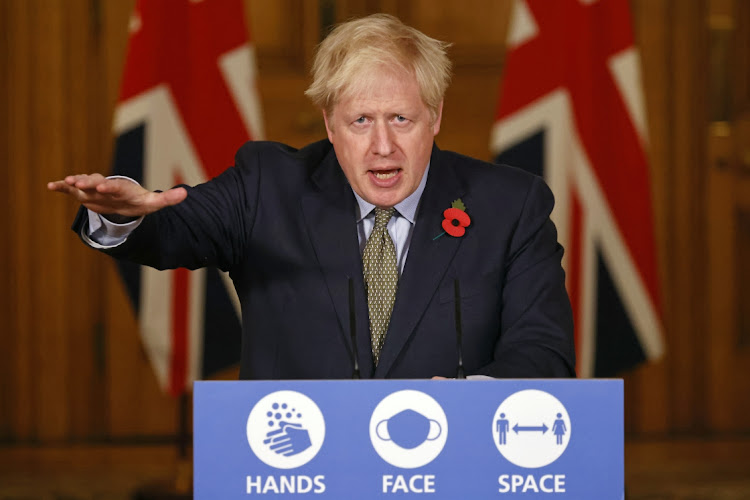 In a televised media conference on Monday, he said while the world has “cleared one significant hurdle”, there are several more to go before a vaccine can be rolled out for the population.

“I just don’t want to let people run away with the idea that this development is a home run, a slam dunk, a shot to the back of the net, yet,” Johnson said after preliminary results showed the Covid-19 vaccine being developed by Pfizer and BioNTech prevented more than 90% of symptomatic infections. “There is a long way before we have got this thing beat.”

The news was widely welcomed by scientists. Prof John Bell of Oxford university, a scientific adviser to the government, told BBC Radio he believes life could return to normal by the middle of 2021. “Yes, yes, yes,” he said. “I am probably the first guy to say that, but I will say that with some confidence.”

But Jonathan Van Tam, the UK’s deputy chief medical officer, echoed the prime minister’s message that people should be vigilant and keep to the virus guidelines.

“It would be a colossal mistake on the part of any one of us to relax at this point,” he said as he appeared alongside Johnson on Monday.

The vaccine is not expected to have an effect on the current wave of the virus, Van Tam told reporters. “I’m hopeful it may prevent future waves,” he said.

Safety data on the Pfizer vaccine will be released in the next few days, Van Tam said, and the UK’s Medicines and Healthcare products Regulatory Agency will make its own judgment.

The UK has pre-ordered millions of doses of prospective vaccines, and family doctors were told last week to prepare themselves for a mass vaccination programme from December, once a vaccine becomes available.

But a joint report by the Royal Society and British Academy published on Tuesday warned that ministers need to urgently address public concerns over a potential vaccine to make it effective.

An 80% take-up could be necessary to protect the community, according to the report, but steps need to be taken to allay fears over safety and efficacy and to counter misinformation and public complacency. The government must be clear and open to build trust and support, it said.

Uptake of the seasonal flu vaccination among different age groups demonstrates the challenge, the authors said. While it is very high in the over-65 age group, suggesting it will be an easier demographic to reach, there is lower uptake in the under-65 at-risk category, which saw 40% to 50% vaccinated in 2019. Some areas including London also have lower overall uptake than others.

“To achieve the estimated 80% of uptake of the vaccine required for community protection, we need a serious, well-funded and community-based public engagement strategy,” said Melinda Mills, an Oxford university professor and the report’s lead author. “There needs to be a frank conversation with the public about just how long it will take and that things will not immediately go back to normal when vaccines arrive.”

England is in a partial lockdown, with pubs, bars and non-essential shops forced to close and socialising severely restricted until December 2. Johnson said he hopes the lockdown can then be lifted and the country will be able to return to its localised three-tier approach of curbs.