The Bank of England boosts its bond-buying by £150bn, flooding the economy with cash, while the the UK furlough programme is extended to March 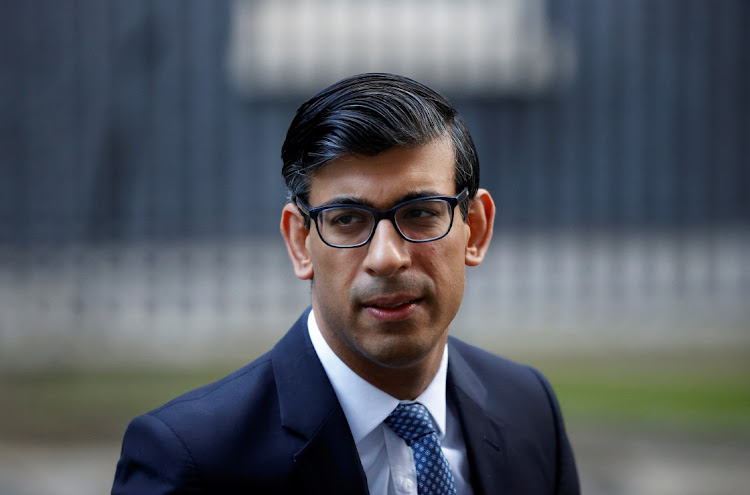 London — The UK government and central bank unleashed a fresh wave of stimulus into the struggling economy on Thursday, acting in conjunction and more aggressively than predicted as the coronavirus forces another lockdown.

At 7am the Bank of England (BOE) boosted its bond-buying programme by a larger-than-expected £150bn, flooding the economy with cash to spur demand and lower government borrowing costs.

The move was followed hours later by Chancellor of the Exchequer Rishi Sunak’s announcement that the government is extending its furlough programme until March, rather than ending it when the latest curbs on businesses and movement expire on December 2.

The measures aim to counter the impact of a resurgent pandemic that has forced the government to order pubs, restaurants and non-essential shops to shut. With the outlook already clouded by the UK’s looming exit from the EU’s single market — potentially with no trade deal — the nation risks a painful spike in joblessness.

Sunak told parliament that the double injection of stimulus shows “all economic and monetary institutions are playing their part”. BOE governor Andrew Bailey said in a press conference that it is “important that we take prompt, strong and co-ordinated action”.

Spending on job support from November to March, along with an increase in help for self-employed workers, could cost about £25bn, Bloomberg Economics estimates.

The measures announced on Thursday bring the government’s bill for the crisis to well above £200bn. Total UK debt now stands at more than £2-trillion.

The BOE has now eased monetary policy four times since March, cutting its benchmark interest rate to a record 0.1% and stepping up its quantitative easing (QE) programme. Its loose policies, while ultimately aimed at ensuring price stability, also give the government room to increase crisis spending without worrying about spiraling debt costs.

The co-ordinated economic response since the start of the pandemic has won praise from economists and global institutions, such as the International Monetary Fund (IMF).

“The governor and I are in constant communication as the situation evolves,” Sunak said. “Our responses are carefully designed to complement each other, and provide certainty and support.”

The furlough programme, which Sunak had previously insisted should be phased out, pays 80% of wages for the hours that workers are unable to work. It will now last more than a year, having been originally intended to last just three months during the first peak of the pandemic in the European spring.

Still, the actions can only partially counter the downturn. The BOE now expects the economy to contract in the fourth quarter, disrupting what had already been a fragile rebound. It had predicted unemployment would reached 7.75% in 2021, though the extra government support may mean the peak is lower, according to Bloomberg Economics.

“Clearly the tightening of the restrictions is a game changer,” Philip Shaw, chief economist at Investec Bank Plc, said. “They seem to be much more fazed by the idea of the contraction in the economy over the fourth quarter, which is virtually inevitable, and also at the back of their minds they fear a return to market conditions like we saw in March.”

The opposition Labour Party criticised Sunak for a piecemeal approach to aid that has seen him announce five major changes to the policy in six weeks. It  also said the new support comes too late for those who have already lost their jobs.

This week brought more evidence those losses are mounting, with big-name retailers, including J Sainsbury and John Lewis, both announcing planned cuts in recent days.

The BOE expects 5.5-million workers will be furloughed in November, less than the 8.9-million who used the programme at its peak earlier in the year.

The central bank slashed its estimates for economic growth, lowering the third-quarter forecast to 16.2% from 18.3% and saying it now expects a 2% contraction in the last three months of 2020.

The economy will shrink more in 2020 than previously anticipated, and the 2021 recovery will be slower, though Bailey said the country is “not in the middle of a double-dip recession” — meaning the BOE doesn’t expect two quarters of contraction.

GDP won’t get back to its pre-crisis level until early 2022, the forecasts show.

“It’s an extraordinary situation,” Bailey said at a press conference. “It’s by no means over.”

Of all the UK workers furloughed, about half have returned to their jobs full-time, while a third are partially furloughed and a 10th are out of work
World
10 months ago