For Russia, Kyrgyzstan — which borders China and is one of the stops on its One Belt, One Road trade corridor across Asia to Europe — is very important 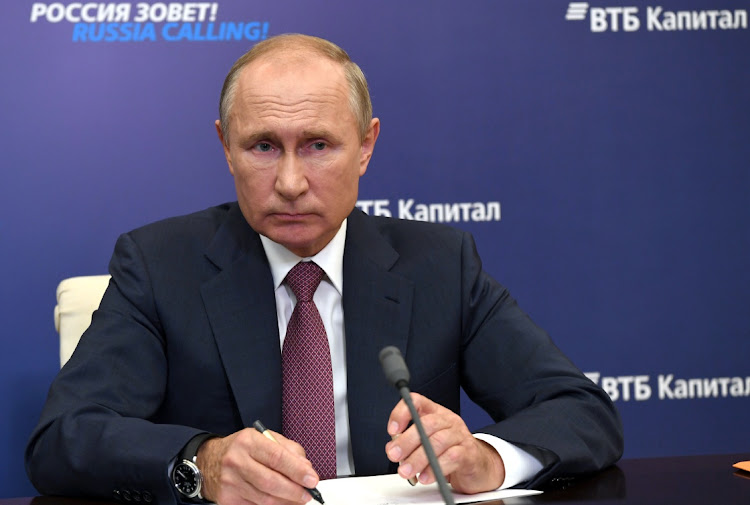 Bishkek — When mobs stormed government buildings and hounded the president from office in the Central Asian republic of Kyrgyzstan after disputed elections in October, Vladimir Putin seemed unimpressed.

“Every time they have an election, they practically have a coup,” Putin told the Valdai discussion club, a gathering of Russian experts, by video conference from his residence. “This is not funny.”

The observation may be valid: Kyrgyzstan, a parliamentary democracy on paper, has experienced three revolutions in the past two decades. But this latest revolution, as the stories of Kyrgyz people such as Ulan Kudaiberdiyev reveal, was different.

In March, at the start of a coronavirus lockdown, Kudaiberdiyev lost his job driving taxis in the capital Bishkek. That left his family of eight with zero income for the seven-week period.

By the time the taxi-driver’s mother Rakya got sick with Covid-19, state hospitals in the former Soviet republic were full. In a gold-rich country where the official wage is less than $250 a month, the family had to borrow money to pay for someone to come in to give her drugs via intravenous drips.

Lockdown has been harsh for millions worldwide, and protests are mounting as restrictions multiply. Kyrgyzstan, a state of 6.5-million, is not the only former Soviet republic where they recently caught fire, underlining the fragility of Moscow's grasp in a region it once controlled.

The Kyrgyz outbreak also shows how quickly economic shock and political frustration in the pandemic can escalate into chaos — and how swiftly Moscow can act to reassert control.

Putin was already facing a Covid-19-fuelled political crisis some 4,500km to the west in Belarus, another former-Soviet state, where truculent ally and veteran leader Alexander Lukashenko had dismissed the disease, telling people to drink vodka to ward it off.

That attitude angered Belarusian voters, who first mobilised in March to protect themselves from the virus, then challenged his election victory with rolling street protests that have continued.

Putin’s grip on the former Soviet space has also been shaken by a flare-up in the decades-long conflict between Armenia and Azerbaijan over the enclave of Nagorno-Karabakh. The fighting — the most violent since bloody ethnic unrest in the 1990s — does not seem linked to the pandemic, but has seen regional rival Turkey trying to muscle into an area Moscow has long regarded as its own domain.

In Kyrgyzstan, voters including Kudaiberdiyev voted for the opposition. When the official count showed no opposition party had won more than 10% of the vote, their frustration boiled over.

Putin, who visited Bishkek in 2019 to agree to the expansion of a Russian airbase, called events in Kyrgyzstan a disaster, referencing Russian-financed projects worth $500m Moscow had recently implemented, and tens of millions of dollars in annual grants.

A week of widely televised chaos, riots and street brawls were brought to a close with the appointment of a new prime minister after the Kremlin put its military airbase on high alert and suspended foreign aid. At least one plane used by Russia's Federal Security Service made a discreet landing in Bishkek.

For Russia, Kyrgyzstan — which borders China and is one of the stops on Beijing’s One Belt, One Road trade corridor across Asia to Europe — is of crucial military and geopolitical importance.

Apart from Russia’s main airbase outside the capital, which hosts drones, helicopters and bombers, Moscow runs a naval testing facility at a deep lake in the Tian-Shian mountains.

It also has a naval centre to communicate with nuclear submarines and surface ships, and a seismic monitoring station which it uses to track earthquakes and nuclear weapons tests around the world.

In 2014, under what some analysts saw as pressure from Moscow, Kyrgyzstan shut down a US airbase which had served US operations in Afghanistan since 2001.

Russia boasts strong ties with China, but it is also in competition with Beijing in Kyrgyzstan. Like Putin, President Xi Jinping was also in Bishkek in 2019, and China has positioned itself as a major creditor to the authorities.

Both Moscow and Beijing have pledged Covid-19 help to the republic.

With no savings, Kudaiberdiyev’s family was forced into debt to survive during the lockdown. A bank loan of about $630 helped the family buy food and medicine and, along with handouts from charities and neighbours and a modest food package from the state, kept them going until May.

When the election came around, they backed the Mekenchil (Patriotic) party, which focused on the injustice of pandemic-related economic hardship and promised ordinary people a greater share of income from natural resources — such as gold — extracted by foreign-owned companies.

Many others felt the squeeze. About one quarter of the Kyrgyz population lives on less than $1.3 a day, according to the World Food Programme. More than half of the poorer households surveyed by the country’s Economic Policy Research Institute in May and June said their financial situation had deteriorated since lockdown.

Other voters backed the same party over what they said was appalling official corruption, which they believed had seen foreign aid and money to battle the virus go into the pockets of officials. A month before the vote, financial police said they would investigate allegations of negligence and corruption that had worsened the Covid situation.

Kyrgyzstan’s corruption score of 30/100 at watchdog Transparency International in 2019 suggested it was more corrupt than Sub-Saharan Africa.

Fanning the flames, lockdown had brought many young men home. In Kyrgyzstan, as much as one-third of the economy comes from remittances from Russia, according to an August report by the UN Development Programme and Asian Development Bank.

The lockdown may have forced as many as 100,000 workers, most of them young men, back to farms or to seek work in urban areas, it said. Even after restrictions eased, the report said some were likely to have stayed behind.

When initial election results showed Mekenchil had failed to make inroads at the ballot box, people were furious.

On October 5, protests broke out. Crowds stormed and ransacked government buildings, forced the incumbent government to step down, freed former political leaders from jail and threw the republic’s leadership into limbo.

Several thousand supporters of Sadyr Japarov, a politician and convicted kidnapper who was among those sprung from jail, held a noisy rally as supporters of two rival candidates for the premiership were demonstrating nearby.

At one point, some of Japarov’s followers charged at the other groups, throwing stones and bottles, forcing them to withdraw from Bishkek’s central square. Shots were fired.

“It is clear that one of the obstacles towards democratic progress is the attempt by organised crime groups to exert influence over politics and elections,” the US embassy in Kyrgyzstan said in a statement, condemning what it called “violence and intimidation” on the square.

On October 12, Putin’s deputy chief of staff flew into Bishkek to meet the country’s beleaguered president, Sooronbay Jeenbekov, and his challenger, Japarov.

At about this time the head of Russia’s FSB held talks with new Kyrgyz security officials; flight-tracking data seen by Reuters showed the arrival of at least one plane used by the FSB.

After nearly a week of violent turmoil, parliament chose Japarov as prime minister in a repeat vote on October 14. A day later, the president resigned, and Japarov assumed his powers too.

Japarov was quick to pledge loyalty to Russia.

“Russia has been our strategic partner for a long time,” he said. “And that is something that will continue to be the case.”

Belarus heeds call by opposition for strike to force Alexander Lukashenko to ...

Belarus heeds call by opposition for strike to force Alexander Lukashenko to ...