UK Labour leader Keir Starmer says it is a ‘day of sham’ for the party, and apologised for the ‘pain and grief’ caused to Jewish people 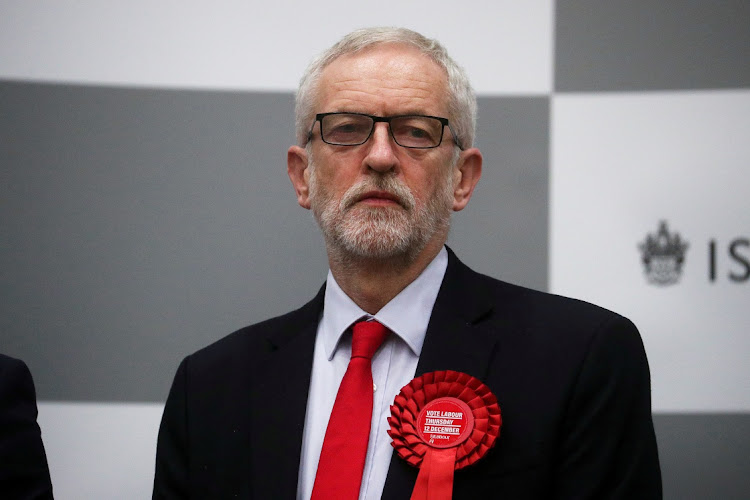 London — The UK’s opposition Labour Party suspended former leader Jeremy Corbyn after he failed to accept in full the findings of a report into anti-Semitism within the party. The Equality and Human Rights Commission said on Thursday that Labour breached the Equality Act through its handling of complaints of anti-Jewish prejudice while he was leader.

In his response to the report, Corbyn said he did “not accept all of its findings” and repeated his view that the scale of the problem had been “dramatically overstated for political reasons” by the media and his opponents.

The decision to suspend the controversial former leader risks igniting a fresh civil war between factions of the Labour Party after months of relative calm under the new leadership of Keir Starmer. Labour faced repeated accusations of anti-Semitism under Corbyn, who led the party to its worst electoral defeat in 85 years in December.

“In light of his comments made today and his failure to retract them subsequently, the Labour Party has suspended Jeremy Corbyn pending investigation,” a Labour spokesperson said in an e-mail. Corbyn has also had the whip removed, according to the statement, meaning he no longer represents Labour in the House of Commons.

In a televised statement earlier on Thursday, Starmer said it was a “day of shame” for Labour, apologised for the “pain and grief” caused to Jewish people, and vowed to do everything he could to win back their trust. He pledged to implement the report’s recommendations in full and provide an action plan to the commission within six weeks.

The EHRC said there were “serious failings in leadership” and “political interference” in the handling of anti-Semitism complaints. The commission found 23 cases in which Corbyn’s office intervened, including in decisions on whether to investigate or suspend party members and staff. In a statement on Facebook, Corbyn said he had been determined as Labour leader to “eliminate all forms of racism and root out the cancer of anti-Semitism.”

But he also accused the media and opponents of exaggerating the problem. “Jewish members of our party and the wider community were right to expect us to deal with it, and I regret that it took longer to deliver that change than it should,” he said. “One anti-Semite is one too many, but the scale of the problem was also dramatically overstated for political reasons by our opponents inside and outside the party, as well as by much of the media.”

The EHRC found two instances of unlawful conduct relating to the use of anti-Semitic tropes — using written or verbal phrases or images to suggest stereotypes — and to suggestions that complaints were “smears” and “fake”.

“The Labour Party made a commitment to zero tolerance for anti-Semitism,” Caroline Waters, interim chair of the commission, said in the report.

“Our investigation has highlighted multiple areas where its approach and leadership to tackling anti-Semitism was insufficient. This is inexcusable and appeared to be a result of a lack of willingness to tackle anti-Semitism rather than an inability to do so.”

Infections are doubling every nine days and an estimated 960,000 people are carrying the virus in England on any one day
World
6 months ago

Even with a EU trade deal, UK companies will face a maze of red tape