Infections are doubling every nine days and an estimated 960,000 people are carrying the virus in England on any one day 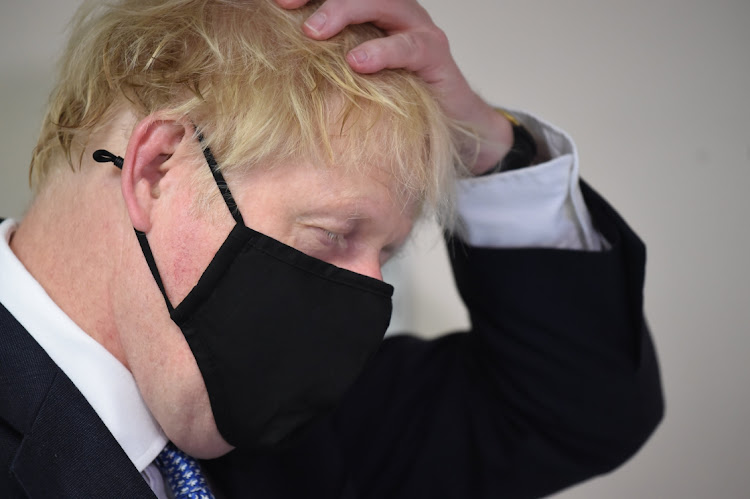 London — Boris Johnson faces growing calls to introduce another national lockdown as scientists warn coronavirus measures in England are failing to control the spread of the disease.

Infections are doubling every nine days and an estimated 960,000 people are carrying the virus in England on any one day, according to the latest findings from Imperial College London and Ipsos Mori, which is conducting one of the country’s largest studies of the disease. The reproduction rate of the virus — a measure of how many people on average are infected by a single carrier — has risen to 1.6, compared with 1.2 when the last figures were published October 9.

The stark results add to the pressure on the prime minister to impose even tighter social restrictions in the fight against the virus, as deaths and cases climb once again. Elsewhere in Europe, governments are already taking action: France has announced a new month-long nationwide lockdown and Germany has imposed its toughest rules since the northern hemisphere spring.

So far, Johnson has resisted a second national lockdown, preferring a localised tiered approach where regions with the highest infection rates face tougher social distancing rules, including a ban on household mixing and closing pubs that don’t sell meals. But members of the SAGE scientific committee advising the government are calling for tougher action.

“It’s like living through a fire that is out of control with the government using buckets of water instead of fire engines to extinguish the flames,” Susan Michie, a professor of health psychology at University College London who sits on SAGE, said on Twitter.

Jeremy Farrar, an infectious disease expert who also sits on SAGE, said delaying a lockdown in March left the UK with one of the worst outcomes globally and warned the government against making the same mistake. “Delaying is itself a decision with consequences,” he said on Twitter.

But the government stood firm on Thursday and said it would continue with its localised strategy.

“It is right to try everything in our power to avoid a blanket national lockdown; it brings with it great damage to people’s lives and livelihoods,” housing secretary Robert Jenrick told BBC Radio 4. “Each country has to take its own balanced judgment.”

Nottinghamshire was the latest area to move into the government’s highest level of restrictions on Wednesday, joining the likes of Greater Manchester, South Yorkshire and Merseyside.

Coronavirus continues to spread across the UK: 310 new deaths were reported on Wednesday, following the 367 on Tuesday which was the highest daily total since May. The number of daily positive cases rose by 24,701, compared to 22,885 the day before.

The Imperial findings cohere with new modelling by SAGE, which suggests the UK is on course for a prolonged winter peak in the pandemic where there will be more deaths than in March.

“The second wave of the epidemic in England has now reached a critical stage,” the scientists said in the report led by Steven Riley, professor of infectious disease dynamics at Imperial. “Our results suggest strongly that one or more of the policies themselves, the timing of tier advancement, or levels of compliance, have not been sufficient to date to achieve control.”

The opposition Labour Party, as well as Johnson’s own scientific advisers in September, have called for a temporary “circuit breaker” national lockdown to get the virus under control. Labour called on Johnson to hold a media conference Thursday on the government’s Covid-19 strategy.

“People will be alarmed and worried and looking for reassurance from ministers,” Jonathan Ashworth, Labour’s health spokesperson, said in a statement on the Imperial College study. “Businesses are fearful that a delay in taking decisive national action will create further, deeper uncertainty for the economy.”

Of all the UK workers furloughed, about half have returned to their jobs full-time, while a third are partially furloughed and a 10th are out of work
World
11 months ago

Once the UK leaves the bloc, those burgundy-coloured passports will cease to be a free pass
Opinion
11 months ago

From financial services to fishing and footwear, many UK sectors are set to receive a boost
World
10 months ago
Next Article