Deaths rise by 523 to 35,541, the country's highest one-day death toll since before the end of the nationwide lockdown 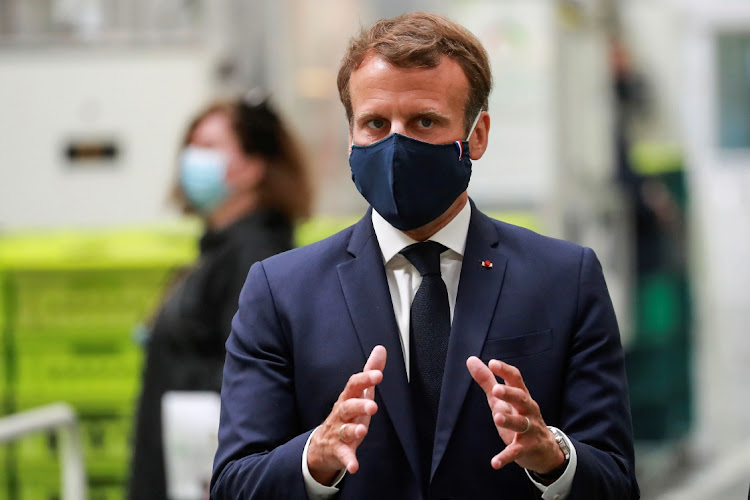 Paris —  France reported  its highest one-day death toll from coronavirus since April on Tuesday, as President Emmanuel Macron readied new measures to control the spread of the disease.

Deaths linked to the virus jumped by 523 to 35,541, health authorities reported on Tuesday, its  biggest daily increase since April 22 before the end of France’s nationwide lockdown.

Macron will hold a televised address on Wednesday evening to announce new initiatives to tackle the second wave of the virus, his office said.

France reported four consecutive days of record cases last week, and the weekly pace of infections has been climbing for 25 days.

“Even in the most worrisome forecasts we didn’t expect this acceleration and brutality,” Prof Gilles Pialoux, an infectious-disease specialist at Tenon Hospital in Paris, said on BFM TV. “We’re facing weeks ahead that will be more than difficult. I hope the decisions will be drastic, because we will not get away with half-measures.”

Cases in France are rising exponentially, government spokesperson Gabriel Attal said after a meeting with parliamentary leaders. In the next two weeks, the level of patients in intensive care may rise to the peak level of the first wave, he said. France reported a high of 7,148 Covid-19 patients in ICU on April 8.

Confirmed Covid-19 cases increased by 33,417 on Tuesday, while the seven-day average that smooths out fluctuations increased to more than 38,000, having doubled in less than three weeks. France on Sunday reported a record 52,010 new cases.

Hospitalisations for the virus increased by 1,194 to 18,978, the biggest increase since April 2, while the number of patients in intensive care increased by 148 to 2,918, the highest level since early May.

Covid-19 patients now occupy 57.5% of France’s intensive care beds, rising by almost 3 percentage points from Monday and up from 42.9% a week ago, according to health authorities.

In Italy, the government approved a package of measures on Tuesday to support businesses hit by new restrictions, hours after daily infections hit a new record and Covid-19-related deaths jumped.

Earlier, the health ministry reported 21,994 new coronavirus infections over the past 24 hours with 221 deaths, the first time Italy registered more than 200 fatalities in a single day since mid-May.

In an effort to curb the resurgent outbreak, Conte on Sunday ordered bars and restaurants to close by 6pm and shut gyms, cinemas and swimming pools, triggering protests against the closures in several cities.

Bulgaria’s health ministry closed nightclubs and discos and said students from high schools and universities will study online for two weeks as of October 29 as it grapples to contain a surge in coronavirus infections.

The ministry also banned the public at sports events and said cinemas and theatres should work at 30% of their capacity until November 12, while restaurants should limit the number of people at one table to six, among other restrictions.

The Balkan country reported 2,243 new coronavirus infections on Tuesday, its highest daily tally. About 40,143 Bulgarians have tested positive for the disease since March and 1,146 have died.

It seems immunity declines at the same rate as antibodies decline, and that this is an indication of waning immunity at the population level
World
11 months ago

Finding work-from-home and life balance in 2020 — and beyond

Using supercomputer models and a chemical library of 500-billion molecules, raloxifene is being used in trials of 450 patients
World
11 months ago

Anticipating a ‘second wave’ — and when and how SA should try to prevent or ...

Anticipating a ‘second wave’ — and when and how SA should try to prevent or ...