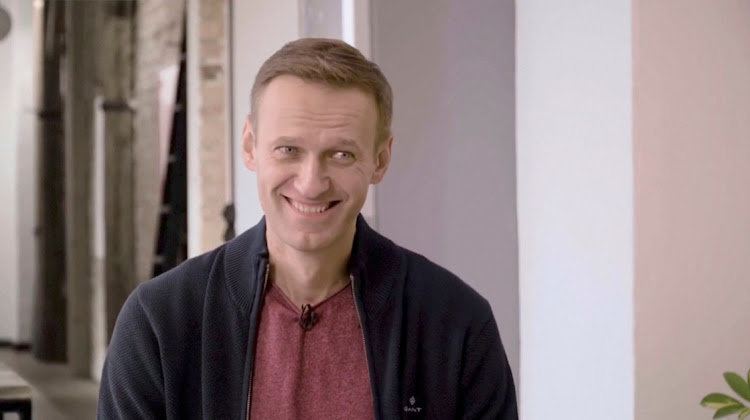 Berlin — Kremlin critic Alexei Navalny called on the EU on Wednesday to take tough action against oligarchs close to the Kremlin, as he continues his recovery in Germany after being poisoned by a nerve agent of the banned Novichok family.

Germany said on Tuesday it was discussing with its partners what action to take after the global chemicals watchdog confirmed Navalny was poisoned with a new and undeclared variant in the Novichok group of toxins.

Several Western governments have said Russia, which has denied accusations by Navalny that it was involved in the poisoning, must help in investigations or face consequences.

“Sanctions against the whole country don't work. The most important thing is to impose entry bans on profiteers of the regime and freeze their assets,” Navalny told top-selling German daily Bild.

“They embezzle money, steal billions and at the weekend they fly to Berlin or London, buy expensive apartments and sit in cafes,” he said.

He singled out Valery Gergiev, chief conductor of the Munich Philharmonic as a target for sanctions, saying he was a supporter of Russian President Vladimir Putin.

Options for action include targeted asset freezes or travel bans on Russians deemed to be involved in the Navalny case, economic sanctions and halting the Nord Stream 2 pipeline that is being built to carry gas directly from Russia to Germany.

Navalny was airlifted to Berlin for treatment after taking ill on a flight in Siberia on Aug. 20 and has since been discharged. He has said he wants to return to Russia.

He was scathing about what he said was Russia's failure to help in the investigation.

“There is not even an attempt to make it look like they are investigating,” Navalny told Bild.

Navalny criticised former German chancellor Gerhard Schroeder, a friend of Putin and lobbyist for Russian energy firms, calling him “an errand boy for Putin who protects murderers”. No-one at Schroeder's office was immediately available to comment.

Kremlin critic Alexei Navalny accuses Putin of being behind his poisoning

That is likely to annoy Moscow, which rejects the finding of German, French and Swedish experts that Navalny was poisoned in Russia
World
9 months ago

While nobody expects Russophobia to die down if Trump wins or loses, Biden would likely be bad news for Russia
World
10 months ago