Prime Minister Boris Johnson wants to avoid a lockdown, but says he will not hesitate to impose tougher rules 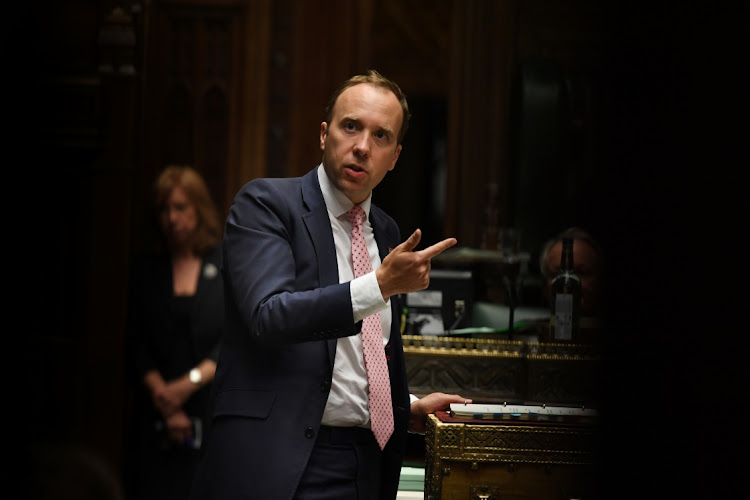 London — The UK’s coronavirus outbreak is not under control, the government’s chief scientist said, as Boris Johnson warned tighter rules may be needed.

“Numbers of cases are going up, hospitalisations are going up, ICUs are going up, and unfortunately, very sadly so are deaths,” government chief scientific adviser Patrick Vallance said. “We don’t have this under control at the moment.”

The bleak assessment from Vallance, at a media conference with Johnson in London, came as the prime minister warned the country he will not “hesitate” to impose tougher national restrictions if required.

The UK on Wednesday recorded more than 7,000 cases of Covid-19 for the second day running: the two highest daily tallies since the start of the pandemic. But a survey of 80,000 people, by researchers at Imperial College London, suggested the government’s restrictions may be working, with the virus outbreak growing more slowly.

Despite rising cases and a surge in hospital admissions, the prime minister is resisting a national lockdown, which he fears will do too much damage to the economy.

Speaking at the media conference, Johnson said he wanted to avoid telling the public to stay at home so he could keep schools open and economic activity going. He suggested it might be possible to keep the virus under control in local areas instead. Vallance warned the disease was spreading “everywhere”.

“This is headed in the wrong direction,” Vallance said. “There is no cause for complacency at all.”

The media conference featuring Johnson, Vallance and England’s chief medical officer Chris Whitty followed a bruising couple of days for the prime minister in which his pandemic strategy was attacked and his competence called into question.

The premier was forced to back down and promise to give MPs a bigger say in scrutinising new emergency Covid-19 rules before they come into force, in the face of a threatened rebellion from more than 100 of his own Conservative MPs.

In the end, MPs voted overwhelmingly to renew the government’s Coronavirus Act, by 330 votes to 24, but some on Johnson’s own side were still unhappy. Senior Conservative Charles Walker said he was angry that the debate on the measures had been limited to just 90 minutes, which he called an “utter disgrace”.

Health secretary Matt Hancock had earlier announced that for “significant national measures” affecting the whole of England or the UK, the government will consult with MPs and “wherever possible” give them a vote before the rules come into force.

“We are always looking to listen, to learn, to improve the response as much as possible,” Hancock said.

If the two sides make enough progress by Friday, they could begin a two-week period of talks to strike a deal in time for a summit of EU leaders on ...
World
11 months ago

The new Labour leader, who had a successful career as a human rights defence lawyer, is winning support
World
11 months ago

When those in authority flout the rules, when countries don’t pay decent sick leave, and when there is no scientific support — expect pushback
Opinion
11 months ago

Scientists have said a minimum of 30% of the planet must be safeguarded, and losing pollinators could cost annual agricultural output by $217bn
World
11 months ago
Next Article