UK upholds decision not to prosecute for ‘Bloody Sunday’ 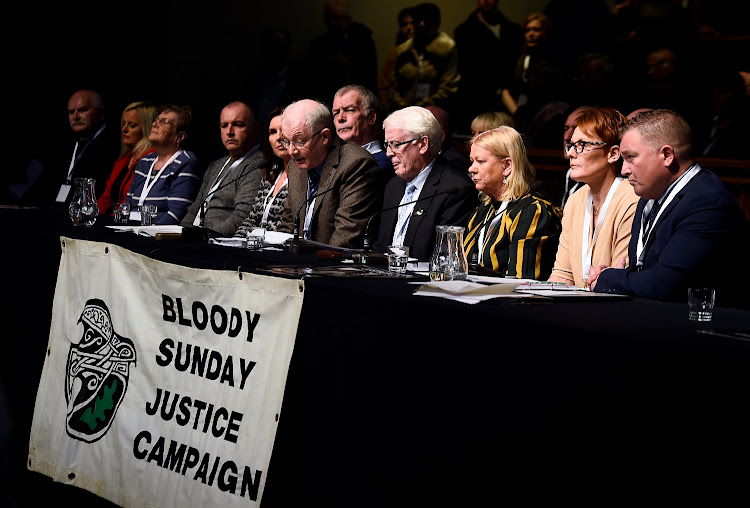 Families of the victims give a news conference after the announcement of the decision whether to charge soldiers involved in the Bloody Sunday events, in Londonderry, Northern Ireland March 14, 2019. Picture: REUTERS / CLODAGH KILCOYNE

Dublin — Prosecutors in the British region of Northern Ireland on Tuesday upheld a decision not to prosecute 15 soldiers for their role in the killing of 13 unarmed Catholic civil rights marchers in Londonderry by British paratroopers on “Bloody Sunday” in 1972.

Northern Ireland's most senior Irish nationalist politician, Deputy First Minister Michelle O'Neill of Sinn Fein, described the decision as “hugely disappointing,” and said “the denial of justice is unacceptable and must end”.

A number of the bereaved families and injured victims subsequently exercised their right to request a review of decisions.

“I have concluded that the available evidence is insufficient to provide a reasonable prospect of conviction of any of the 15 soldiers,” Marianne O'Kane, senior assistant director of Northern Ireland's public prosecution service, said in a statement.

The prosecution of Soldier F is ongoing but has not yet reached trial.

In one of the most notorious incidents of the Northern Ireland conflict, soldiers from the Parachute Regiment opened fire on Sunday, January 30 1972, during an unauthorised march in a nationalist area of the city.

They killed 13 people and wounded 14 others, one of whom died later, in the worst single shooting incident of “The Troubles”, three decades of sectarian violence involving Irish nationalists seeking a united Ireland and pro-British forces.

The 1998 Good Friday Agreement brought a close to a conflict in which about 3,500 people were killed.

A judicial inquiry into the events of Bloody Sunday said in 2010 the victims were innocent and had posed no threat to the military.

The sister of a man who died in the shooting, Kate Nash, said in a statement that her lawyer would launch a legal challenge to the decision on the grounds that prosecutors had focused only on the individual actions of the soldiers and not their collective actions.

Soldiers from the elite Parachute Regiment killed 14 people and wounded 13 others during an unauthorised march in the Bogside, a nationalist area of ...
World
2 years ago
Next Article