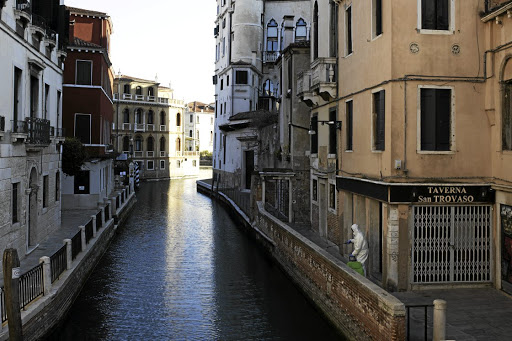 Paris/London/Berlin — Tucked in a side street of Paris’s bustling Boulevard du Montparnasse, a tidy bistro is struggling without executives talking business at lunch and tourists sampling the Japanese-inspired French delicacies in the evening.

La Cette’s owner Xavier Bousquet is concerned tables will stay empty as the coronavirus flares up across Europe — including new highs in France. The outbreak is bringing with it an unpredictable hodge podge of restrictions that might be almost as debilitating as earlier lockdowns.

“It’s an economic catastrophe,” said Bousquet. “There’s going to be a domino effect among bars and restaurants. I know plenty that are going to close.”

Europe’s sputtering recovery could falter if another hit comes. People remain nervous about shopping for non-essentials as cases rise and tens of thousands of job cuts cause anxiety about the future. Governments are resisting nationwide restrictions on movement while they navigate this delicate phase, opting instead for piecemeal measures.

There’s mandatory face masks in Paris, shut nightclubs in Italy and Germany’s expanded list of travel advisories to include Paris, Brussels and Madrid. In England, UK Prime Minister Boris Johnson has banned all social gatherings of more than six people from next week.

Despite thousands of more cases after a summer of lax adherence to social-distancing and hygiene rules, death and hospitalisation rates are rising more slowly. That’s easing pressure on governments to take harsh action for now, but virus experts warn against a false sense of security.

Due to spreading among holidaymakers and young partygoers, the average age of those infected in Germany has plummeted from 51 during the spring peak to 33 last week, according to the Robert Koch Institute. Similar trends are evident elsewhere in Europe.

But if the virus emerges again in older populations, that will change, the nation’s public health authority said in a report on Wednesday. French health minister Olivier Veran echoed the sentiment, saying: “The virus hasn’t magically mutated to be less nasty.”

Still, officials insist they can handle the disease for the time being. Italy, the original epicentre of the crisis in Europe, has kept a lid on infections. Prime Minister Giuseppe Conte said the country won’t need to revive its stringent lockdown. “At worst, we’ll have to intervene in a targeted way,” he said at the weekend.

While Chancellor Angela Merkel recently warned that the pandemic will get worse before it gets better, officials in Germany are optimistic after forecasting that its recession will be less severe than initially feared.

“We are now well enough prepared for a second corona wave and know more about the virus,” said Veronika Grimm, one of Merkel’s independent economic advisers. “Effective health protection is therefore possible without a new lockdown, which would be fatal for economic development.”

The six-person limit the UK imposed on social gatherings is an example of being more aware of costs and benefits rather than simply imposing a blanket stay-at-home order, according to David Miles, a professor of financial economics at Imperial College London.

“It’s going to have a relatively small impact on economic activity and may have a disproportionately significant effect on the spread of the virus and the numbers of new infections,” Miles said. “That’s an example of a targeted measure where you pay attention to the economic costs of what you’re doing in a way that wasn’t being done, I don’t think, in a three-month lockdown.”

The UK’s Johnson has called a second such lockdown the “nuclear deterrent” option. He’s focusing instead on a whack-a-mole strategy by locking down areas where cases spike.

Pubs in Bolton in northern England this week were ordered to close early and restaurants will be restricted to takeaways because too many young people had been gathering together on nights out. More than 30 municipalities in England are on the government’s “watch list” as cases creep up.

The uncertainty has created pain across large swathes of Europe’s economy. Savings rates are ticking up as consumers hunker down. That’s hit leisure spending as well as big-ticket items. Car sales in France and Spain tumbled in August, erasing gains made during the previous months.

No industry has been hit harder than travel and tourism as governments closed Europe’s free-flowing borders. After easing restrictions at the summer’s start, curbs have been revived, prompting airlines to reverse the process of restoring capacity. Europe’s carriers have signalled that about 75,000 job cuts will be necessary.

In mid-August, Ryanair Holdings slashed its schedule for September and October only two weeks after putting an optimistic plan in place. EasyJet followed suit on Tuesday after the UK required arrivals from Greek islands such as Santorini and Crete to self-isolate for 14 days.

Ryanair CEO Michael O’Leary lashed out at governments, saying an ineffective response to the pandemic adds to difficulties.

At La Cette in Paris, Bousquet says one saving grace this summer has been pleasant weather, which lured diners to sidewalk tables. He’s concerned that may change as autumn cold and rain sets in.

“People are timid. Going out is not at all the priority,” he said. “There’s no confidence.”

UK acknowledges it is breaking the law in a ‘limited way’ amid latest Brexit ...

UK acknowledges it is breaking the law in a ‘limited way’ amid latest Brexit ...