Many analysts are not yet convinced by Johnson’s latest threat to tear up parts of the Brexit deal he signed only a year ago, and abandon talks 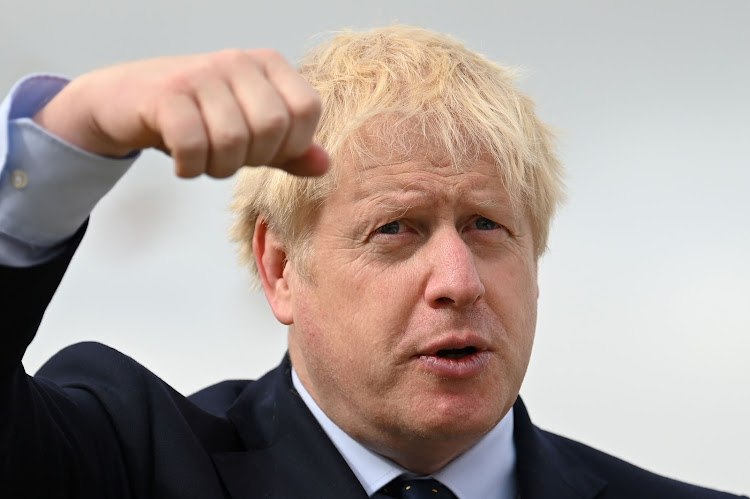 London — Boris Johnson’s threat to walk away from the EU without a trade deal is leaving most economists and traders unruffled for now.

After years of negotiations punctuated by ultimatums and standoffs before the UK finally left the bloc in January, many analysts are yet to be convinced by the prime minister’s latest threat to tear up parts of the divorce agreement he signed only a year ago — and abandon talks.

Economists from Goldman Sachs, JPMorgan and Morgan Stanley all still anticipate a deal on commerce will be in place in time for the end of December. While Johnson insists he’s willing to accept economic disruption, analysts assess that such a move at a time when Britain is struggling with the Covid-19 crisis would be a risk too far for him.

“We know how the Brexit rollercoaster went last year and we think that’s a pretty good guide,” Stephanie Kelly, senior political economist at Standard Life Investments, said in a Bloomberg Television interview. “It’s most likely we get a deal. The incentives are all still there to get a deal.”

That scepticism is reflected in foreign-exchange markets. Risk reversals, a gauge for market sentiment, show that pound investors are less bearish about the next six months than they were in 2018 and 2019, when the prospect of a no-deal departure dominated the rhetoric.

That said, the pound on Monday dropped as much as 1% against the dollar, albeit on a day when the US currency strengthened more generally against counterparts. With sterling near $1.32, Valentin Marinov, the head of Group-of-10 foreign-exchange strategy at Credit Agricole, says the rout could extend to $1.20 if no deal emerges.

The UK currency traded down 0.2% against the dollar as of 7.37am. London time Tuesday.

Johnson has set a deadline of October 15 for a trade accord, and the UK is due to leave the EU single market and customs union when a transition expires on December 31.

UK moves to row back on parts of the EU withdrawal agreement could hamper proceedings. The government plans to publish new legislation this week designed to dilute its legal force if outstanding issues on the thorny question of Northern Ireland cannot be resolved.

“This is Brexit brinkmanship,” said ING’s head of forex strategy Chris Turner, who sees an even chance a deal will still be reached. “Deadlines can get extended, as we have always seen, and threats made right up to the last moment.”

Not all analysts are convinced Johnson is bluffing — and Sebastien Galy, a senior macro strategist at Nordea Investment Funds SA, is one of the sceptics.

“We’ve actually been betting on a no-deal for a long time,” he said. “It’s just not the type of shock you’d want to have within a Covid-19 crisis. It’s really unhelpful.”

In such an outcome, both sides would face costly quotas and tariffs on goods trade, and enormous levels of disruption at the border. That could prove particularly damaging for the UK as it attempts to claw its way out of the deepest recession of any major economy in the second quarter.

Johnson, who led the pro-Brexit campaign in 2016 and staked his reputation on seeing the process through, argues a bad deal would be worse than no agreement. He says leaving even without an accord is a “good outcome” for the country.

But the prime minister will still end up opting for an agreement even if it’s at the last minute, according to Malcolm Barr, chief UK economist at JPMorgan.

“Having tested each other’s resolve, a late intervention by political leaders will generate a messy compromise which provides for a ‘skinny’ deal, with both sides opting to avoid the disruption,” he wrote in a report on Monday.

The UK’s national debt is more than £2-trillion for the first time in history, but commentators say the country just has to bear it
World
7 months ago

New trade deals with EU, US and other partners remain elusive, while promised agreement with Japan is stuck
Opinion
7 months ago
Next Article