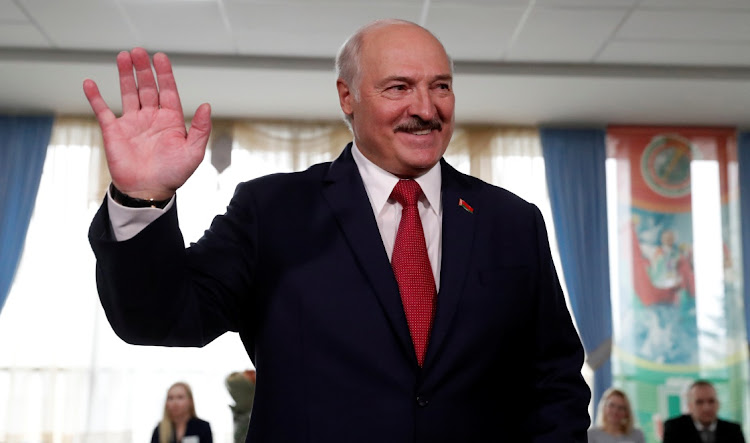 Brussels — The EU aims to impose economic sanctions on 31 senior Belarus officials including the country’s interior minister by mid-September, three EU diplomats said, in response to an August 9 election that the West says was rigged.

Almost a month into mass demonstrations against the outcome of the contest, in which President Alexander Lukashenko claimed victory to prolong his 26-year-old rule, the EU aims to punish the government crackdown and support calls for fresh elections.

“We initially agreed on 14 names but many states felt that was not sufficient. We have now reached consensus on another 17,” one EU diplomat said. “These are senior officials responsible for the election, for violence and for the crackdown.”

EU foreign ministers gave their broad political approval for the sanctions — EU travel bans and asset freezes — at a meeting in Berlin late in August but did not decide who to target.

Greece and Cyprus, which are pushing for separate sanctions on Turkey in a dispute in the Eastern Mediterranean, still need to give their support to the Belarus blacklist.

All 27 EU countries must agree on such measures and Athens and Nicosia could use their support for the Belarus blacklist to obtain tough measures on Turkey, the diplomats said.

Names could still be added or taken off the list, but the diplomats said formal agreement is likely to come on September 21, when EU foreign ministers hold their next scheduled meeting. The sanctions coming into effect on September 22.

Lithuania, Latvia and Estonia imposed their own sanctions on Belarus officials in late August. EU diplomats declined to say how closely the Baltic and the EU lists are, for fear of alerting those in question to move assets out of banks.

Interior minister Yuri Karaev and his deputy are expected to be on the EU list, along with senior election commission, security and justice officials and ministers.

Unlike the Baltic lists, Lukashenko will not be sanctioned. Germany, who holds the six-month presidency of the EU, wants more time for dialogue and to leave open the possibility of adding the president’s name later.

The EU, which has an arms embargo on Belarus, in 2015 eased economic sanctions on Belarus that were first imposed in 2004, seeking better relations with Lukashenko, but now hopes to move quickly to reintroduce so-called restrictive measures.

The EU, like Nato and the US, have been cautious about moving too quickly on punishing Belarus’s officials, wary of provoking an intervention from Russia.

Belarus is the ally closest to Russia of all former Soviet republics, and Lukashenko’s fate lies in the hands of the Kremlin, which must decide whether to stick with him as his authority has ebbed. Lukashenko has threatened to retaliate with reciprocal measures should any EU sanctions be imposed against Belarus.

She fled to Lithuania last week, saying she had done so for the safety of her children, as antigovernment protests continue
World
1 year ago

At the end of his day, Putin knows that Nato will not go to war over Belarus just as it did not over Ukraine
Opinion
1 year ago
Next Article