As Western nations clamour for answers over the anti-Putin activist, Russia finally says it will conduct a ‘thorough, objective investigation’ 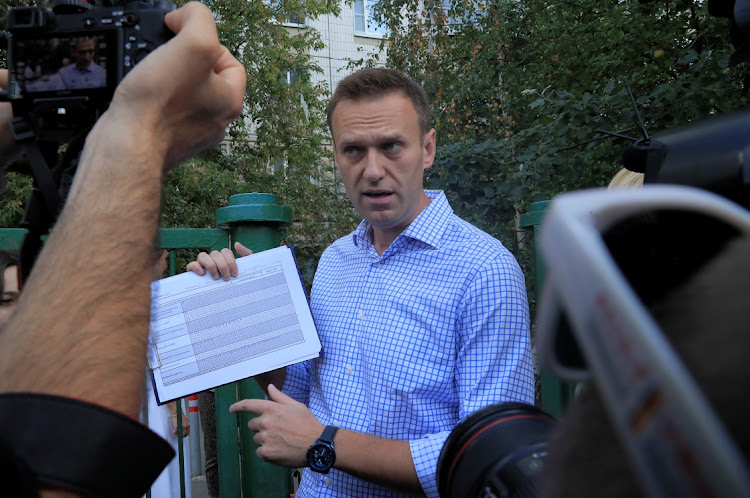 Moscow — Russian authorities have announced a preliminary probe into the sudden illness last week of opposition leader Alexei Navalny after Western leaders, including German Chancellor Angela Merkel, called for an investigation of the high-profile case.

The Russian interior ministry called the probe a “pre-investigation check” and repeated the Kremlin’s earlier assertion that no poison has been found, according to a statement from the Siberian federal district police, where Navalny fell sick. This comes despite conclusions from doctors in Berlin, where he was taken over the weekend for treatment, that the activist was poisoned.

Navalny fell violently ill on a flight from the Siberian city of Tomsk to Moscow last week. He’s been in an induced coma since then. Doctors at Berlin’s Charité Hospital said his condition is serious but stable. They said he had been exposed to a cholinesterase inhibitor, a chemical group that includes some nerve agents, though the exact compound hasn’t yet been identified.

The Kremlin initially brushed off Merkel’s call for a probe, saying there is  nothing to investigate until the precise poison was determined, fueling tensions with Berlin. Officials in the US, UK and France also called for an inquiry.

Russian President Vladimir Putin relented on Wednesday evening, telling Italian Prime Minister Giuseppe Conte that the Kremlin is interested in a “thorough, objective investigation” of Navalny’s hospitalisation, according to a Kremlin statement. But he also warned against making “premature and unfounded accusations” in the case.

The interior ministry said its officers in Omsk, where Navalny was first hospitalised, began the probe on August 20, the day he fell ill, though it wasn’t publicly disclosed at that time, Interfax reported.

“Navalny’s status outside the system also means that he cannot count on getting justice from the state, which views him as something approaching a cancer cell,” Tatiana Stanovaya, a non-resident scholar at the Carnegie Moscow Centre, wrote. “A thorough investigation into his poisoning is not to be expected.”

“There are many that think Russian authorities are behind this poisoning attack. That is disputed by Moscow,” Maas said in an interview with ZDF television. “One should therefore provide evidence that it’s not the case.”

The German leader’s tone has changed towards Russia, but being on the way out, and Trump worried about other things, she has little sway
World
7 months ago

As world leaders call for an investigation, the Kremlin says there is no need for a probe yet
World
7 months ago
Next Article