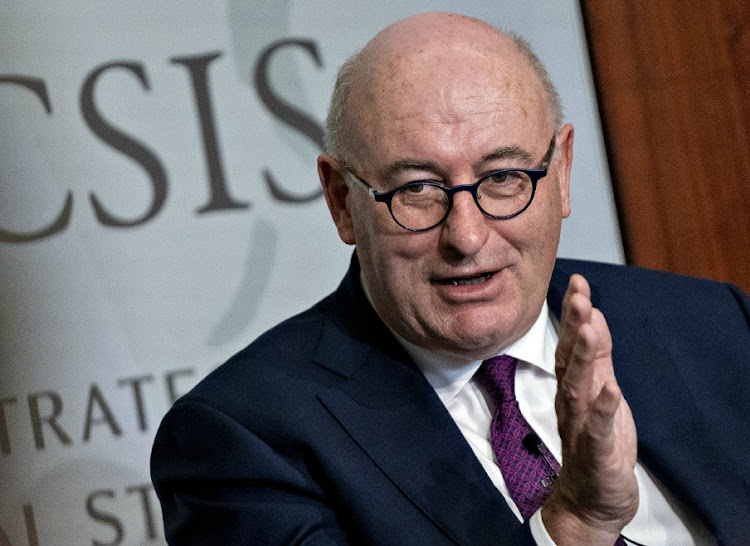 Dublin — European trade commissioner Phil Hogan apologised again on Sunday for attending a golf dinner in Ireland that may have breached Covid-19 regulations, but an EU official said he would not heed calls from Irish leaders to resign.

“The commissioner is not resigning,” said the official, who is close to the European Union executive's trade policy chief.

Hogan, who is the Irish representative on the European Commission, was asked on Saturday by Ireland's prime minister and deputy prime minister to consider his position after his attendance at the dinner caused public outrage and led to other political resignations.

Hogan offered an initial apology on Friday only after Prime Minister Micheal Martin demanded one. On Sunday he said he had listened carefully to Martin and Deputy Prime Minister Leo Varadkar's views.

“I acknowledge my actions have touched a nerve for the people of Ireland, something for which I am profoundly sorry,” Hogan said in a statement, adding that his attendance had caused “unnecessary stress, risk and offence”.

“I want, in particular, to apologise to ... all people who have lost loved ones during this pandemic.”

An Irish cabinet minister quit and other MPs  were disciplined on Friday for being among more than 80 guests at the dinner in a hotel in the west of Ireland hosted by parliament's golf society.

The day before the dinner the government had tightened the restrictions to say that no more than six people should attend an indoor gathering, with limited exceptions for weddings, churches and some cultural spaces.

Hogan said he had been reporting to European Commission president Ursula von der Leyen on the event in recent days.

Signalling that the controversy had not been shrugged off in Brussels, a spokesperson said Von der Leyen had asked Hogan to deliver a full report of what happened.

“It is important that facts are established in detail to carefully assess the situation,” the spokesperson said.

The golf dinner infuriated Irish people who have been unable to attend funerals or had to cancel holidays or weddings because of the rules. Varadkar, leader of the Fine Gael party, said it had seriously damaged the national effort at a time when infections are rising.

Varadkar welcomed Sunday's more detailed apology from Hogan, a former Fine Gael minister, but said a further explanation was required in respect of both his attendance at the dinner and his movements about Ireland.

“If he can't do that, then he needs to consider his position,” Varadkar told RTE Radio.

New trade deals with EU, US and other partners remain elusive, while promised agreement with Japan is stuck
Opinion
7 months ago