The opposition leader reassured Russia about future relations on Tuesday, as strikes in Belarus continued in many SOEs against Lukashenko 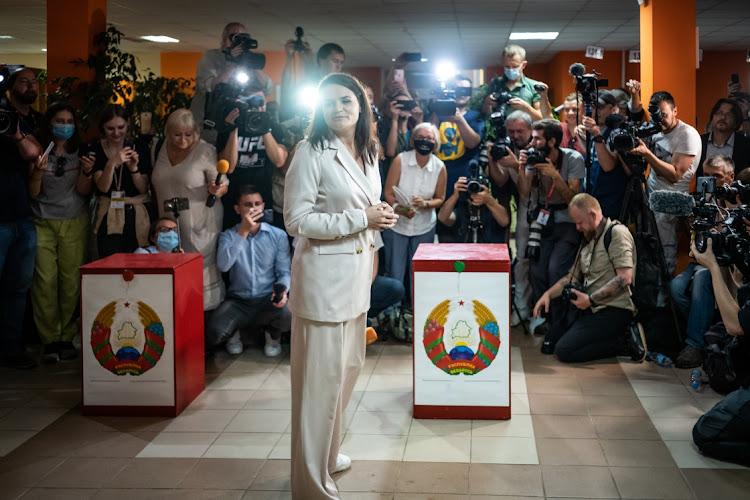 “Honourable leaders of Europe, I call on you to support the awakening of Belarus,” Tikhanovskaya said on Wednesday, speaking in English in a new video address from exile in Lithuania. “I call on you not to recognise these fraudulent elections. Mr Lukashenko has lost all the legitimacy in the eyes of our nation and the world.”

The August 9 elections, in which Lukashenko claimed 80% of the vote, “were neither fair nor transparent,” she said. “The results were falsified.”

Tikhanovskaya issued her plea ahead of Wednesday’s emergency conference call of the 27 EU leaders to discuss the brutal post-election crackdown on opposition protests. Riot police beat demonstrators and detained nearly 7,000 amid allegations of torture in custody. Undeterred, hundreds of thousands of people have taken to the streets in the capital, Minsk, and other cities to demand Lukashenko’s resignation.

Facing the biggest challenge to his 26-year rule, Lukashenko, who’s appealed to Russia for support, ordered the military deployed in “full combat readiness” to Belarus’s EU borders on the eve of the meeting, complaining of unspecified security threats.

Putin warned against “exerting pressure on the Belarusian leadership” in his talk with Macron, and told Merkel of the “unacceptability of any attempts at external interference,” according to Kremlin statements.

Macron urged Russia to favour calm and dialogue regarding Belarus, according to the Elysee Palace, while Merkel told reporters she called Putin to make “it clear that the right to freedom of speech, and to demonstrate, must be present”.

The EU has said the election was neither “free nor fair.” According to one official, the leaders may decide to call for a new vote and reinforce the need for sanctions with a view that their credibility is at stake with an escalating conflict at their doorsteps.

The Kremlin was betting before the election that Lukashenko would manage to extend his rule for a sixth term, while also becoming more dependent on Russia as his harsh tactics alienated the West and made him vulnerable to Moscow’s demands for tighter political and economic integration.

The opposition sought to reassure Russia about future relations on Tuesday as nationwide strikes continued in many state-run enterprises against Lukashenko.

Lukashenko, who insists he will not resign or call a new vote, said he spoke by phone on Tuesday to Putin, who informed him about the discussions with Merkel and Macron.

At the end of his day, Putin knows that Nato will not go to war over Belarus just as it did not over Ukraine
Opinion
1 year ago

US and EU slam Belarus for police brutality

Belarus accuses Russia of coup plot ahead of election