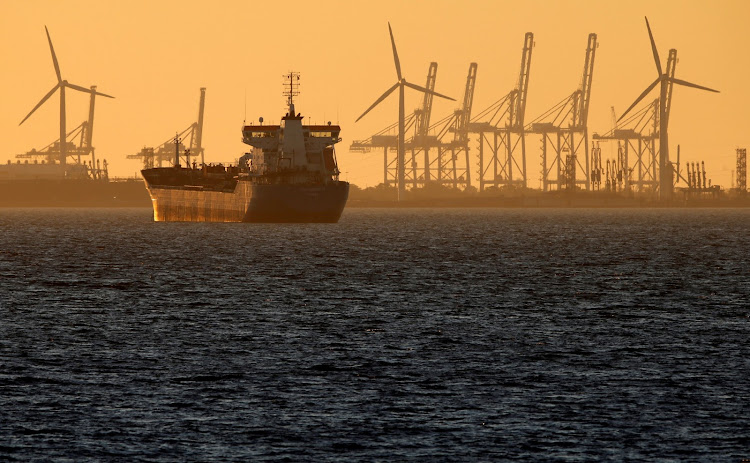 Paris — Herve Martel had barely begun reaching out to irate clients to win back business after a crippling strike at his port ended in January when the pandemic hit French shores, and global trade fell off a cliff.

The CEO of the Port of Marseille Fos has been struggling to claw back lost ground ever since, and it’s been a challenge.

“We now navigate by sight, with only short-term visibility,” he said in an interview.

France’s two biggest ports — Marseille on the Mediterranean Sea and Le Havre on the English Channel — are faring worse than other harbours in the region, which collectively are responsible for maritime trade of more than €1.8-trillion a year. While the pandemic has hit global ports hard, for the French ones it came on top of paralysing strikes that pushed clients such as Mediterranean Shipping to rivals.

The two ports were already the only ones among continental Europe’s 10 biggest to report a drop in goods handling over the last decade, Eurostat data show. Their inability to shake off a reputation for labour unrest and inefficiency — with dockworkers torching tyres and blocking roads in December and January to protest against pension reforms — is complicating revival efforts.

“Coming off a series of strikes into the coronavirus crisis was not the most helpful,” said Eleanor Hadland, senior analyst for ports and terminals at maritime consultant Drewry. “Any recovery from the strikes just didn’t really happen.”

With European ports starting to report first-half traffic, the combined damage of strikes and coronavirus to French harbours has become clear: tonnage handled by Seine River ports including Le Havre slumped 19%, compared with drops of 4.9% and 9.1% for northern rivals Antwerp and Rotterdam, respectively.

In shipping containers, the standardised tool of global trade, the first-half slide was even more pronounced for French ports. Traffic fell 29% in Le Havre and 17% in Marseille. Antwerp reported a 0.4% increase, while Rotterdam recorded a drop of 7%. Marseille’s Italian rival Genoa registered a 11% decline.

International trade in goods may plunge 20% in 2020 due to the pandemic, after falling 27% in the second quarter, the UN Conference on Trade and Development forecast in June.

French ports have the added problem of unhappy customers. More than 40% of companies using French ports for goods transport were dissatisfied with Marseille and Le Havre, in a Eurogroup Consulting survey from January and February published in June.

The discontent reflected anger about the labour unrest, said Eurogroup associate director Romain Binard. The smaller French port of Dunkirk continued to operate during the strikes, and got zero negative views.

The strikes, linked to the country’s broader unrest against pension reforms, came after France in 2008 overhauled the way its ports were structured, privatising cargo handling and turning port companies into landlords from operators.

The reforms made French ports more competitive, bringing them in line with northern European rivals as well as Barcelona and Genoa, said Theo Notteboom, a professor of maritime economics at the University of Antwerp. Then, labour unrest in December and January in Marseille and Le Havre renewed misgivings about their reliability.

“Shippers are going to look at the long term, and in case of doubts, you’re going to get a trend to consolidate in the large hubs that have fewer problems, and use the French ports as secondary ports,” Notteboom said. “A strike isn’t really going to help raise the port ranking.”

Striking dockers “shot themselves in the foot”, sacrificing the port to a cause outside its control, Marseille’s Martel said. Slamming the brakes on increasing traffic may also have prevented the creation of more employment. An increase of 1-million tonnes of cargo passing through a port on average creates 300 additional jobs, the Organisation for Economic Co-operation & Development estimates.

Business has begun to pick up since the end of June, the CEO said, adding that his biggest worry now is about a resurgence in the virus. Le Havre, too, has seen an uptick in traffic since mid-June, and the port targets a return to 2019 volumes in 2021, said Laurent Foloppe, the commercial director of the Le Havre port authority, Haropa.

The ports have responded to the virus-induced slowdown with rebates, waiving penalty payments for parked vessels or cargo and postponing property charges. Marseille plans to cut port tariffs by as much as 50% from September, while La Havre is offering a two-year discount for new shipping business.

Meanwhile, France’s biggest ports do have some trump cards to play, said Notteboom. Marseille Fos has room to expand, unlike rivals Genoa and Barcelona, which are hemmed in by the city, mountains and the sea. For its part, Haropa is working to develop the transport-corridor strategy linking Le Havre with Paris, Europe’s second-largest inland waterway port, he said.

Le Havre is maintaining a five-year, €500m spending plan for port improvements, including enhancing the seaport’s links with rail and inland waterways. Foloppe said in the coming decade, Le Havre will be scaling up transport flows to the hinterland — the geographic area served by the port.

“I’d like to see the glass as half-full,” Foloppe said. “A complicated start to the year, but we have a lot of qualities, and our clients know it. There is an economic benefit to going via French ports.”

The port of Marseille is also sticking by its plan to invest €57m in 2020, including on expanding capacity at its container terminals and improving railway connections, even as Martel predicts a “significant” sales decline in 2020.

“What I want now is what we have today: a unified port community that’s working on reclaiming the trust of its customers,” he said. “Forget this disastrous semester, between the strikes and the Covid crisis, and look forward.”