Most economists expect another €500bn to be added to the pandemic purchase programme, but some countries need more than others 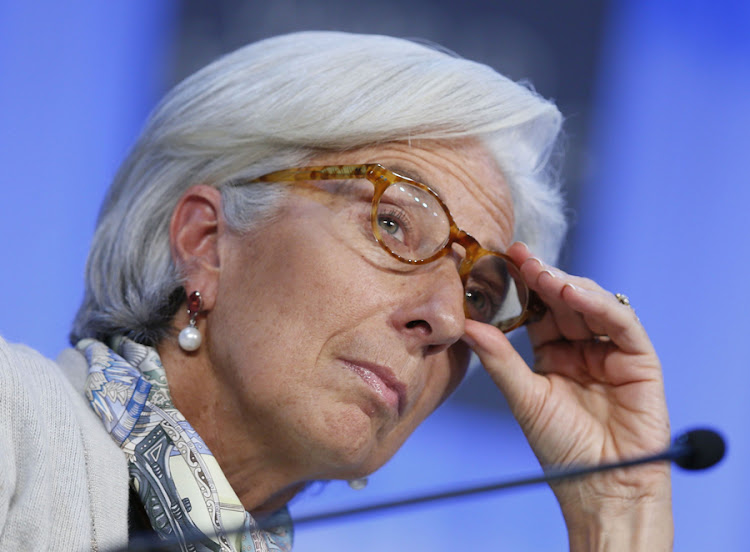 She said the ECB currently expects to spend the full amount of its pandemic bond-buying programme, in apparent contrast to some policymakers, including executive board member Isabel Schnabel, who recently said going that far may not be necessary.

Lagarde also insisted that officials continue steering purchases towards the countries that most need support during the pandemic, such as Italy. That’s an issue already causing consternation among some policymakers who fret that the ECB might be seen as breaching laws banning it from directly financing governments.

Italian 10-year bond yields fell to a four-month low as Lagarde made that pledge and expressed anticipation that an EU recovery facility will be approved.

The ECB president spoke after her governing council agreed on Thursday to keep its bond programme unchanged at €1.35-trillion and the deposit rate at -0.5%.

“Ample monetary stimulus remains necessary,” she told reporters in Frankfurt. “The governing council remains fully committed to doing everything necessary within its mandate to support all citizens of the euro area through these extremely challenging times.”

With Covid-19 cases contained in most of Europe and economies reopening, officials have time to judge whether the recovery will be sustained. Still, the outlook remains fragile and much depends on whether EU leaders can settle their differences over their groundbreaking €750bn recovery fund when they meet in Brussels on Friday.

Dutch Prime Minister Mark Rutte has spearheaded resistance to the proposal in its current form, calling for stronger conditions tied to EU grants. He told MPs on Tuesday that he is “sombre” about the summit.

Lagarde said it is important for leaders to “quickly agree” on a package. “You are carrying a lot of hopes and expectations and we hope that you succeed. My sense is that a very large number of leaders are aware of the importance of not wasting time.”

While ECB policymakers have started to sound slightly less pessimistic about the rebound in recent public appearances, they remain wary of another spike in infections — a risk underscored by local outbreaks in some regions and a resurgence in the US.

They’ve also warned that the path back to pre-crisis levels of activity will be arduous, marked by higher unemployment and bankruptcies that could increase sharply when government aid programmes end. Countries will have to work out how to deal with the huge debt burdens they’re building up.

A recent ECB survey showed financial institutions nervous of the economic outlook preparing to tighten lending standards considerably, which could dampen growth. Most economists surveyed by Bloomberg expect another €500bn to be added to the pandemic purchase programme by the end of this year.

Last week, the European Commission projected an economic contraction of almost 9% for the euro area in 2020, in line with the ECB’s June assessment. It also warned that Southern European nations, including Italy and Spain, face a much bigger hit than northern countries such as Germany.

Lagarde backed that view. “Before Covid-19 hit, there was already a degree of divergence among member states. There’s a risk that divergence persists, which should be avoided. That’s why we welcome the recovery fund.”

An offer for its ultra-cheap, three-year loans was taken up by 742 banks for a total of €1.31-trillion on Thursday
World
10 months ago
Next Article