How subsidies are making electric cars free in Europe

With deals cheaper than a cellphone contract, a pandemic seems to be the perfect time to go electric 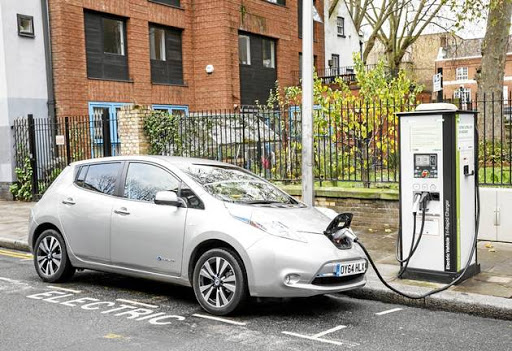 Bonn/Berlin — Car buyers in Europe can now get their hands on a brand-new electric vehicle (EV) for less than the typical cost of a cellphone contract. Thanks to newly generous subsidies, some are even free.

Shoppers have swarmed virtual showrooms in Germany and France — the region’s two largest passenger-car markets — after their national governments boosted EV incentives to stimulate demand. Their purchase subsidies are now among the most favourable in the world, according to BloombergNEF.

The state support is allowing Autohaus König, a dealership chain with more than 50 locations across Germany, to advertise a lease for the battery-powered Renault Zoe that is entirely covered by subsidies. In the 20 days since it put the offer online, roughly 3,000 people have inquired and about 300 have signed contracts.

“If we had more sales staff, we would have sold even more,” said Wolfgang Huber, head of EV sales for the dealer in Berlin, who published a Facebook post asking customers to be patient. “We did expect an increase in sales with the subsidies, but this run really struck us.”

German Chancellor Angela Merkel and French President Emmanuel Macron have sought to soften the coronavirus pandemic’s blow to the badly hit car sector. Sales in Europe have recovered more slowly in Europe than in China or North America, pressuring policymakers to support major sources of employment and economic activity.

In France, sales of Renault’s Zoe model are on track to double this year even as demand for petrol vehicles has cratered. And in the Netherlands, where the city of Amsterdam is banning non-electric cars from 2030, a €10m fund to support EV purchases was used up in just eight days this month.

“There are a lot of attractive offers right now because of higher subsidies, and that’s boosting demand,” said Aleksandra O’Donovan, an analyst with BloombergNEF. “The EU is pushing towards decarbonising transport, and the coronavirus crisis has allowed them to accelerate that.”

Germany’s subsidies of as much as €9,000 per EV have boosted sales for CarFellows, a German vehicle-trading website, about ten-fold.

“This is a golden moment for us,” said Rainer Westdörp, a spokesperson for the Berlin-based start-up, which, on Wednesday, will start offering leases of Daimler’s battery-powered Smart EQ for €9.90 a month.

CarFellows took down a similar offer for the Smart model in June after about 1,000 customers reached out within three days and the Daimler couldn’t supply cars fast enough, Westdörp said.

While the best deals — including CarFellows’s Smart offering — are usually for buyers of company cars because of perks, including tax and risk rebates, private drivers in Germany can still lease an electric car from the site for as little as €39 a month. In France, where the government raised subsidies to €7,000 per car this year, customers can lease the Zoe from €79 a month.

Buyers will have to read the fine print, as some offers come with additional one-time fees or down payments. And not everyone in Europe is spending more to speed up EV adoption, with the UK and Belgium recently cutting aid. China had planned to end its subsidies this year but extended them to 2022 in response to the pandemic.

In general, though, the picture looks attractive for European buyers as the continent is home to eight of the nine countries with the largest national purchasing-subsidies, according to BNEF.

Governments will have to weigh carefully when to let those subsidies run out to avoid sales falling off a cliff. But there will come a time when that won’t be a concern anymore, O’Donovan said.

“The decreasing price of batteries suggests that EVs should be cheaper to buy than petrol cars from the mid-2020s,” she said. “Once that happens, the market will accelerate even without subsidies.”

BMW invests in Prometheus, which will begin selling its carbon-neutral fuel at US petrol stations in 2020
Life
11 months ago

VW wants to remain the largest foreign carmaker in China, which is targeting 25% of 2025 annual sales to be made up of new-energy vehicles
Companies
1 year ago

The Covid-19 pandemic has delivered a windfall for a Stellenbosch-based electric vehicle maker.
Business
1 year ago

Together in electric dreams: Ingolstadt launches a coupé sibling of its electric SUV
Life
11 months ago

Electric vehicles are expected to be in demand after the pandemic, along with cheaper and more accessible charging points
World
11 months ago

Together in electric dreams: Ingolstadt launches a coupé sibling of its electric SUV
Life
11 months ago

Tesla’s giddy fans should calm down

Electric vehicles are expected to be in demand after the pandemic, along with cheaper and more accessible charging points
World
11 months ago
Next Article