From producers of medical packing components to truck drivers and agriculture, Covid-19 has made addressing issue more urgent 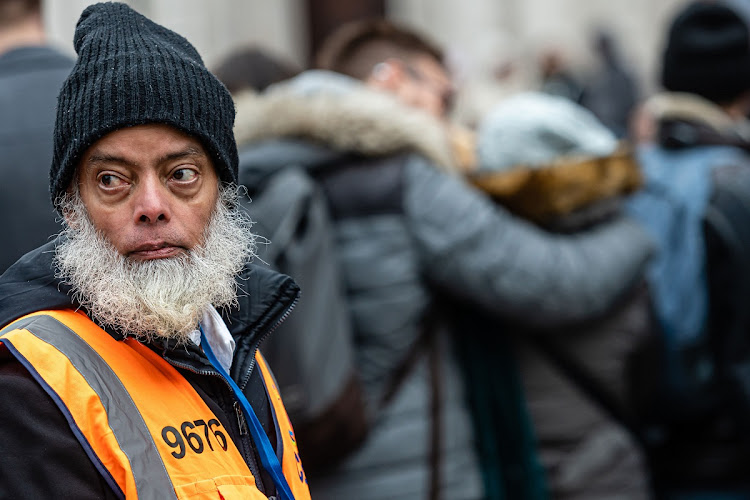 London — The coronavirus pandemic is transforming workplaces worldwide, with offices and factory floors adjusting to social-distancing rules. For metal-pressing company Bruderer UK, it has underscored a weakness in the British economy that the management has been grappling with for years.

About 60% of employees at the company’s plant in Luton, southern England, is aged over 60, putting them statistically at higher risk of complications from Covid-19 than younger workers. CEO Adrian Haller said he has been trying to train apprentices and hire fresh blood for years, but to little avail.

“Our engineers couldn’t go out to site because of their age,” said Haller. “There’s a massive space between the ages of 25 and 40. I’ve been looking for service engineers for over four years. It’s horrendous.”

Already mired in the worst productivity slump since the Industrial Revolution, the UK is now headed for the deepest recession among developed nations after recording more Covid-19 deaths than anywhere else in Europe. The downturn will arrive just as the decision to leave the EU’s seamless labour market reduces the supply of workers who previously helped plug skill shortages in some industries that are key cogs in the economy.

From producers of medical packing components to truck drivers and agriculture, the pandemic has made the need to address the rapidly ageing workforce more urgent.

With young workers bearing the brunt of job losses, chancellor of the exchequer Rishi Sunak said on Friday that one of his priorities is to support people who have lost their job to find new work. He is due to unveil more details of recovery plans in the next weeks.

“The combination of an ageing workforce in some sectors and the potential changes to worker availability and migration rules essentially is coming together with this huge increase in unemployment,” said Stephen Evans, CEO of the Learning and Work Institute, which develops policies on employment and skills. “If we invest now, we can improve them together.”

One area in which the challenge is particularly acute is among hauler companies. Truck drivers carry 98% of goods in Britain, making them the logistical backbone of the economy. Yet their average age is about 57, according to the Road Haulage Association.

No lorries would have been disastrous for medicine, a disaster for supermarkets, and for all of us

Finding younger people able — or willing — to invest as much as £5,000 in qualifying for a licence to drive a truck is not easy. The job typically pays only marginally higher than the average wage and a life on the road doesn’t appeal to everyone.

To fill the resulting 60,000 shortfall in personnel, companies have for years looked elsewhere. Depending on the day, up to 60% of the truckers on UK roads are from continental Europe. A post-Brexit requirement that immigrants can only take jobs paying at least £25,600 could halt that.

The pandemic has laid bare the risks of failing to bring more young people into the job. The government even had to change rules that require heavy goods vehicle drivers over the age of 65 to undergo an annual medical, after warnings that a lack of appointments in a stretched health service could force up to 30,000 truckers off the road.

“No lorries would have been disastrous for medicine, a disaster for supermarkets, and for all of us,” said Rod McKenzie, policy director at the haulers association, which is leading a government-backed initiative to recruit a more diverse driver pool. “We shouldn’t take things for granted. If things work well now, that doesn’t mean to say you can forget about it.”

Trucking is an extreme case, but there is an economy-wide shift as the birth rate drops to a record and better health care prolongs people’s active lives. Just more than 11% of over-65s are still working, more than double the proportion 20 years ago. While a higher activity rate is a positive for the economy, relying on those older workers with no pipeline of new recruits to replace them is not.

Even now that lockdown restrictions are being lifted, sexagenarians and others with underlying health issues are warned to take special care to minimise contact with others. That’s easier for heavy goods vehicle drivers, but not simple in most workplaces.

Bruderer CEO Haller has had to find a way to keep his business operating while protecting employees that may be at greatest risk. Most were unable to do their job while isolating at home.

The company is still operating at just half of its usual capacity as some workers — including one aged 75 — continue to shield from the virus and sluggish demand has slashed revenue to a quarter of usual levels.

Coronavirus could help to solve some of the problems it has exposed. With the right, targeted support, people who have lost their job could be retrained to fill some of the gaps.

But younger workers’ attitudes and skill-sets have been shaped by successive governments encouraging higher education over vocational qualifications. It was found in a 2010 study that just 32% of 16-18 year-olds in Britain were undertaking technical training, compared with almost half in the rest of the EU.

That was laid bare this year in farming. With about 12% of agricultural workers aged over 70 and little interest among younger people, the industry has long relied on a huge number of seasonal workers from Eastern Europe to get the harvest in.

Once it became apparent that those pickers would struggle to arrive this year, industry bodies and the government tried to encourage furloughed British workers into the fields with a high-profile “Pick for Britain” campaign. But while data from jobs site Indeed showed an initial jump in interest, recruiters said that few actually accepted positions.

For Haller, making precision metal parts is hardly more popular. He’s relocating the company to the Midlands, a region in the country’s industrial heartland with more training centres and potentially a larger pool of qualified workers.

The trick is to get the balance right. Finding trained, skilled workers in their 30s and 40s is where Bruderer struggles most, he said.

“You need to have a guy with a wide, varied experience, so you do need age,” he said. “When I go out and try to get a new electromechanical engineer, the quality is not there at all.”

How European cities are preparing for post-lockdown tourism

Masks, apps, temperature checks and socially distant dancing are just some of the measures being taken
World
2 years ago