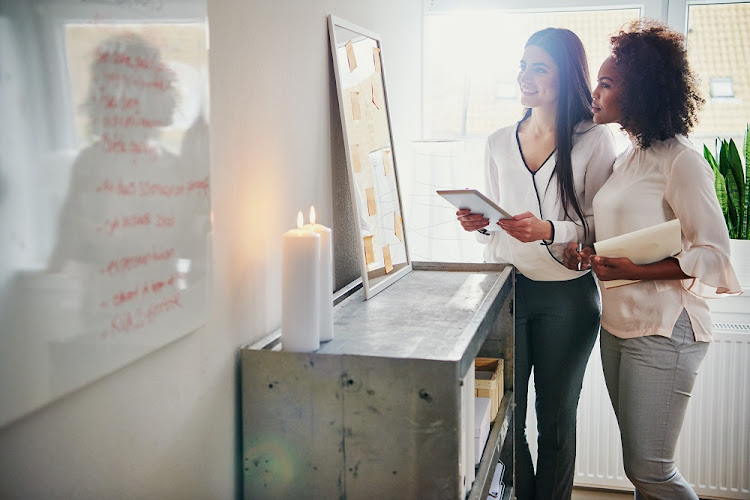 Frankfurt/Paris — In central Germany, a couple in their mid-60s running a travel agency is seeing retirement drift at least a decade into the future. In a small town in southern Italy, a well-known restaurant is closing for good. And on France’s northwestern coast, a bistro owner is concerned the majority of restaurants around him will simply disappear.

The economic damage wrought by the coronavirus is clear in countless stories across Europe, from business owners furiously fighting to keep their firms afloat to those who see no hope. In France, where more than half of small firms fear bankruptcy, the crisis led to a public showdown on live television between entrepreneurs and the country’s finance minister.

Even with massive government financial support, countries face the prospect of countless businesses going under, destroying livelihoods and jobs, as well as weakening a key part of the economy. Europe’s 25-million small and medium-sized enterprises (SMEs) — officially defined as having fewer than 250 staff — employ more than 90-million people.

“We can and should even massively support these businesses if only because they represent a huge source of job creation,” said Nadine Levratto, a research director at the French National Centre for Scientific Research. “They really are a precious public good.”

Often with low margins and few reserves, small businesses are more vulnerable than bigger groups. SMEunited, an employers’ association representing SMEs at a European level, showed in a recent survey that about 90% report being hit by the pandemic, with an EU-wide average 50% loss in turnover.

Country-level data is similarly grim: France’s small business federation CPME says 55% of small firms are concerned about bankruptcy, and a group representing Irish SMEs says close to 30% won’t survive if the situation doesn’t improve within the next two months.

In Weimar, Germany, Guenter Conrad and his wife have scrapped plans to hand their travel agency to a successor after running it for three decades. With no money coming in, he says the mounting debt they’ll have to take on will mean closing one of their two shops, cutting staff, and juggling most of the workload themselves to make their business viable.

Germany has promised unlimited loan guarantees for struggling small businesses, alongside €50bn of free cash injections. In Italy, subsidies and loans have proven harder to come by, and some don’t see a point in fighting on.

They include Mariagrazia Ferrandino, a restaurant owner in the southern town of Apricena. She plans to keep her business shut and apply for unemployment support.

“I don’t need another mortgage,” she wrote in an open letter to Italy’s prime minister, Giuseppe Conte.

The crisis raises grim questions for policymakers — often keen to defend “the little guy” and hold up SMEs as the backbone of the economy, but hesitant to ramp up more debt and ultimately put the bill on the taxpayer.

In France, the dilemma came to a head one night on national television.

A gym owner, a construction entrepreneur and a Michelin-starred chef bombarded finance minister Bruno Le Maire with questions, arguing that many small businesses will go bust if they are forced to pay rents or loans.

Le Maire responded the government would consider tax forgiveness instead of just delays, but warned the cost for the state would be huge.

Erasing debts could be justified both in terms of protecting jobs and the economy. One question is whether governments want to set conditions.

In the US, for instance, small companies are able to receive forgivable loans that convert into grants if at least 75% of the funding is spent on payroll.

Lucia Cusmano, who leads the SME and Entrepreneurship Division at the OECD Centre for Entrepreneurship, says the scale of the challenge and the speed needed in interventions is such that conditionality is difficult to apply. But even with broad support, “some destruction of business as a result of the crisis is inevitable”.

A number of countries have begun easing tough restrictions, but the experience from China, where lockdown rules have been loosened since March, shows consumers are reluctant to go out and spend. Monthly revenues of Chinese SMEs are down about 60% from a year ago, according to a study by the PBC School of Finance at Tsinghua University.

That’s a worry for retailers, restaurants and bars. Hubert Jan, owner of the Bistrot Chez Hubert on the south Brittany coast in France, is also concerned about rules imposing bigger distances between diners.

There will be no point in restaurants reopening if they can’t break even at half the normal capacity, he expects. “We might find ourselves with a catastrophe of 60% of restaurants disappearing from one day to the next.”

But despite the threat that will linger even after restrictions are lifted, SMEunited secretary-general Veronique Willems is hopeful that many companies will show resilience, and is calling on governments to do their utmost to contain the pandemic.

Differences in indebtedness in the EU, with the eurosceptic and poorer parties in the South, could seriously test the bloc’s unity
World
11 months ago

Could Covid-19 see a break-up of the EU? Italy thinks so

Italy has long been critical of the bloc, but still expected the EU would come to its aid as the coronavirus struck; it was wrong
World
11 months ago
Next Article