What we can learn from Greece’s economic shock

While no-one is to blame for Covid-19 and its economic fallout, ‘when fear turns into panic, then discontent turns into rage, the mix is explosive’ 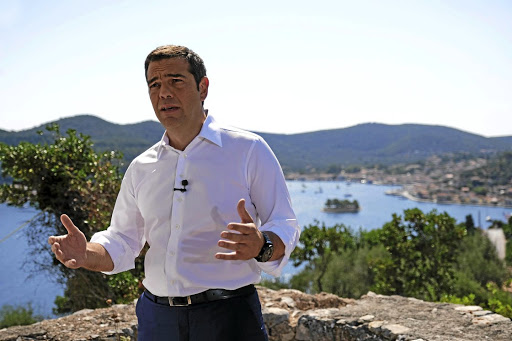 Brussels/Athens — For a guide to the dangers to a European democracy enduring a uniquely debilitating economic shock, Greece is an easy example at Europe’s doorstep.

A contraction of at least 10% may be unprecedented in post-war times for most industrialised nations, but that’s what UniCredit predicts for the euro area, Britain and the US as they reel from the coronavirus crisis. The experience Greece had may well be different, but of a comparable magnitude — with sobering consequences for the world’s political classes to ponder.

The Greek debt turmoil of the past decade augured a brutal blow to growth, sharpened by austerity that hit the most vulnerable in society first, as unemployment rocketed. The economic devastation fostered extremism, aggravated by political culpability for the situation.

That’s a cautionary tale of what can result from such crises, according to former prime minister Antonis Samaras, who took office when the economy was shrinking at an annualised pace exceeding 8%. “It’s impossible to avoid the tremors. When fear turns into panic, then discontent turns into rage, the mix is explosive.”

It’s not yet clear how badly global growth will be dented by the Covid-19 crisis, but it does seem that the rest of the world may get at least a taste of what Greece went through. The International Labour Organisation warns that 25-million jobs positions may be shed this year, while Goldman Sachs expects US unemployment to reach 15%. Some economists even draw comparisons with the Great Depression.

The current crisis, if handled poorly, could easily sow the seeds of pernicious politics, threatening a summer of discontent among the poorest in society

Greece’s slump left almost 30% of the workforce without a job, while youth unemployment exceeded 50%. More than half the loans in the balance sheets of its banks soured. The economy shrank by about a quarter in a decade, while the share of people at risk of poverty reached levels not normally seen in peacetime.

Austerity imposed by Greece’s creditors is still being felt today. Ordinary Greeks lost about a fifth of their disposable income, and unpaid taxes owed to the state tripled within nine years to €104bn at the end of 2018.

Meanwhile, five prime ministers were ousted amid popular discord over the economy. Ultimately among them was Samaras, one of a handful of world leaders to have managed the fallout from such a deep slump.

In office from 2012 to 2015, he watched as the extremist Golden Dawn party capitalised on the social consequences of the slump, espousing racist and neo-Nazi rhetoric to became the country’s third-biggest political grouping.

When one of its supporters murdered a rap artist in 2013, Samaras was forced to act. He arrested its entire leadership, in the most audacious political clampdown since the dictatorship of the 1970s, and the party never recovered.

Samaras turned around the economy and oversaw a nascent expansion only to be defeated by a different form of populism, when the former communist Alexis Tsipras won office at the helm of Syriza. That was another newly ascendant political movement with a left-wing platform that demanded a more aggressive confrontation with Greece’s creditors.

What may help countries avoid the political turbulence Greece endured is that the coronavirus isn’t anyone’s fault, so no easy scapegoat is available, according to Manolis Galenianos, an economics professor at the University of London. Furthermore, the slump isn’t caused by structural imbalances such as high debt or current account deficits, so growth could, in theory, resume as normal afterwards, as long as the economy’s productive capacity isn’t severely damaged, Galenianos said.

The looming recession “is very different from the eurozone crisis”, said Panos Tsakloglou, a professor of at the Athens University of Economics and Business, who was a negotiator for Greece with its European creditors. “It is exogenous since it is not due to policy mistakes. It is symmetric since it affects all countries, and may create serious negative cross-country externalities.”

Most European countries, from Germany to the UK, have also delivered enhanced and targeted welfare programmes to contain the economic fallout on workers during the outbreak, a cushion Greece couldn’t resort to.

Still, Sotiria Theodoropoulou, a Brussels-based senior researcher at the European Trade Union Institute warns that the current crisis, if handled poorly, could easily sow the seeds of pernicious politics, threatening a summer of discontent among the poorest in society.

“People on non-standard contracts, those working for the gig economy, and part-time workers, don’t enjoy the same level of employment protection or social benefits to weather the storm,” she said.

As with the Greek example, Theodoropoulou says one narrative that can aid populist parties is the perception that other countries aren’t showing solidarity. Italy’s opposition leader, Matteo Salvini, underscored that sentiment on March 27, saying that the EU is “a nest of snakes and jackals” and voters should ultimately consider leaving it.

For now, Samaras says governments can only mitigate the political fallout if they are seen to be managing the crisis efficiently. Rulers have to walk a tightrope between being “resolute and compassionate”, and having to think outside of the box, including on contingency plans, he says.

“If European economies are left to collapse, without this crisis being their own fault, this will lead to a spike in euroscepticism,” Samaras warns. “That could lead to the full disintegration of the EU.”

Can Angela Merkel save Europe?

The German chancellor is more in demand than ever as Europe’s most powerful leader steers her country through what she says is the greatest challenge ...
World
2 years ago

Can Angela Merkel save Europe?

The German chancellor is more in demand than ever as Europe’s most powerful leader steers her country through what she says is the greatest challenge ...
World
2 years ago
Next Article

Trump pivots from the coronavirus to US infrastructure

Trump pivots from the coronavirus to US infrastructure